Vanessa Hudgens has loved Natalie Wood in West Side Story since she was very young (Picture: Getty/Netflix)

Vanessa Hudgens has praised Natalie Wood’s performance in the 1961 film adaptation of West Side Story as the main reason she ‘fell in love with musical theatre the way that I did’.

The 32-year-old, who rose to fame as Gabriella in the hugely popular High School Musical Disney Channel TV movies from 2006, stars as Karessa opposite Andrew Garfield in new Netflix release tick, tick… BOOM!

The film, like West Side Story, is an adaptation of an original Broadway show and an autobiographical work of Rent composer Jonathan Larson’s.

At a roundtable for tick, tick… BOOM!, when asked by Metro.co.uk about a musical theatre hero or inspiration, and if there had been mentorship from them like Jonathan receives from industry titan Stephen Sondheim, Vanessa went straight to her childhood love of Natalie Wood, who also went on to star in the film adaptation of Gypsy in 1962.

She explained: ‘I didn’t get any advice from this person. But if it wasn’t for Natalie Wood in West Side story, I don’t know if I would have fallen in love with musical theatre the way that I did.’

Stephen Sondheim was lyricist for West Side Story and Gypsy, as well as composer and lyricist for shows including Follies, A Little Night Music, Sweeney Todd and Into the Woods. 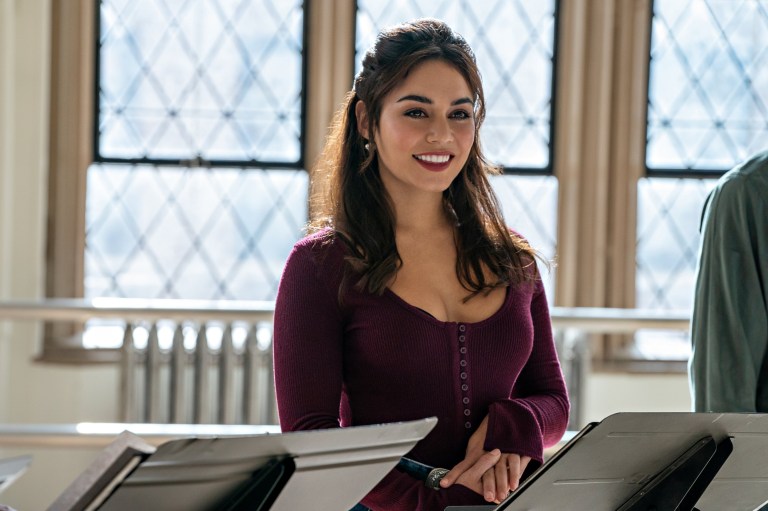 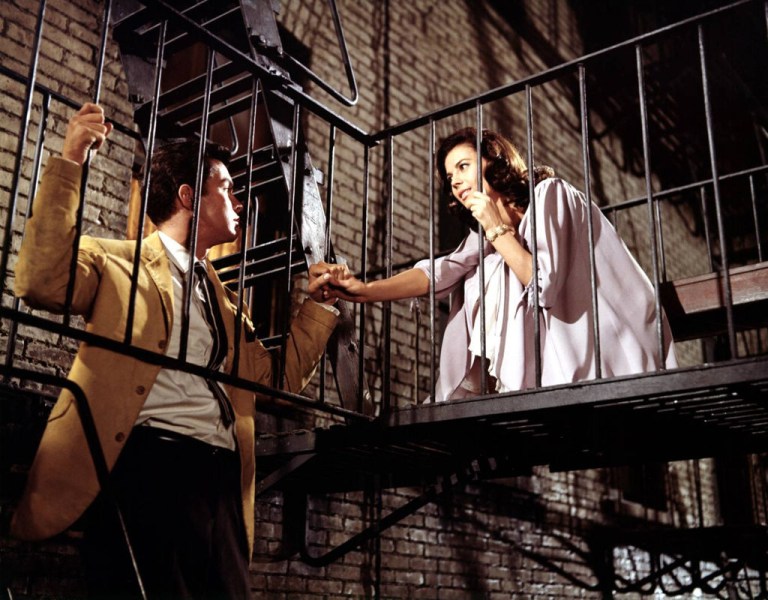 Natalie Wood and Richard Beymer in a scene from the 1961 film adaptation of West Side Story (Picture: Donaldson Collection/Getty Images)

She added: ‘I remember watching that movie for the first time, when I was probably four years old, maybe five? And sitting directly in front of the giant TVs that we grew up with and just falling in love with this world in which people could just break out into song and dance to express how they were feeling.

Describing the experience as ‘such an informative thing for me’, she continued: ‘It just allowed me to live my life, kind of in this wonderment and knowing that if I feel like breaking into song and dance, like that is okay! That’s genuinely how we live our lives.’ 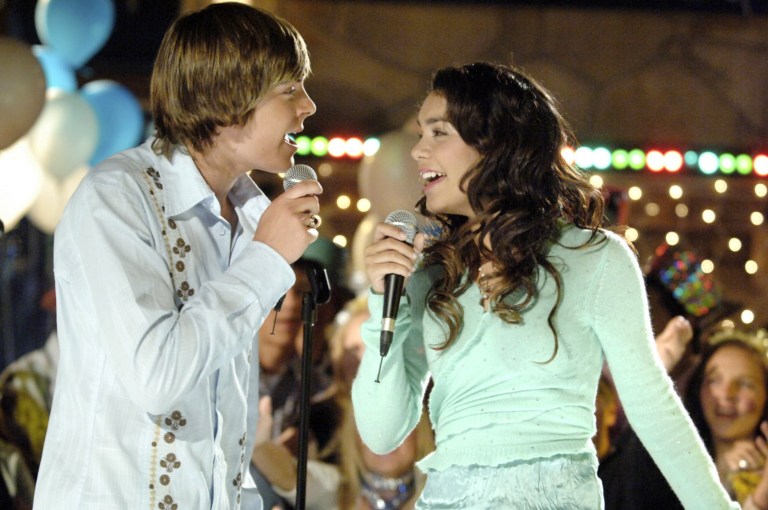 West Side Story is set for a remake courtesy of Stephen Spielberg, with the new movie adaptation arriving in cinemas on December 10. The 1961 version netted 10 Academy Awards, including best picture and best director.

Co-star and three-time Tony Award nominee Joshua Henry, who has also appeared onscreen in Army Wives and dystopian Apple TV Plus drama See with Jason Momoa, chimed in to praise Hudgens’ tendency to ‘break out into song’.

He shared: ‘There were so many times when we were filming that [we would] be on a ten-minute break and she’s like [vocalises and clicks] and I would jump in with you, and it’s so great to be around that energy of just like freedom and impulse – I love that about you!’

Henry, who has worked with tick, tick… BOOM! director Lin-Manuel Miranda in the past for In The Heights, Bring It On: The Musical and Hamilton, where he portrayed Aaron Burr on various US tours, also had his own Sondheim story to share. 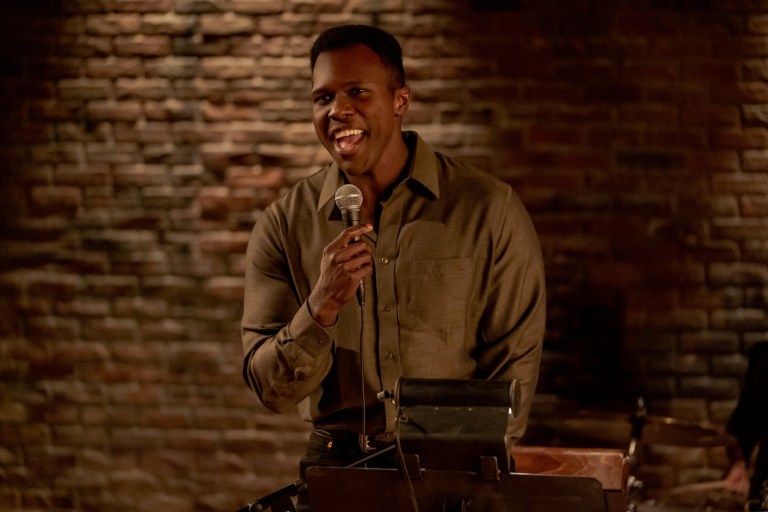 He recalled: ‘I was doing a show called Being Alive, which is a combination of like Shakespeare and – [it’s] an amazing show, and Billy Porter was the director. After the show, in Westport, Connecticut, I went back to the dressing toom [and] was like, ‘Yeah, that was a great show!’ [There’s a] knock on the door and Stephen Sondheim comes walking in – I’m in my underwear – and he comes up to me [and says] “Oh my gosh, that was incredible!”’

He joked: ‘A hug with Stephen Sondheim after a show in my underwear and I was like, ‘What do I do with that?’ He’s been such a hero of mine that I studied and, you know, going to a musical theatre school and I was like ‘What?!’ That was a really, really big moment for me – I was like, ‘I’ve arrived.’’

Sadly, you can generally rely on friends and family to bring you back down to earth after a moment like that. 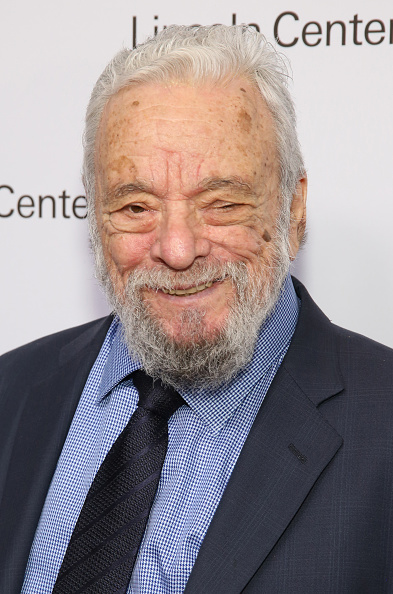 Henry remembered: ‘I talked to my mum after that and she was like, ‘Who’s Stephen Sondheim?’ And I was like, ‘Mum. Listen. Musical theatre king!’ It was a big moment.’

And as Hudgens added over the ‘iconic’ memory: ‘The fact that you were in your underwear too makes it all the better.’

Tick, tick… BOOM! is available to watch now on Netflix.