The 20-year-old took the ball around the goalkeeper but delayed shooting and allowed a defender to make a superb recovery tackle. 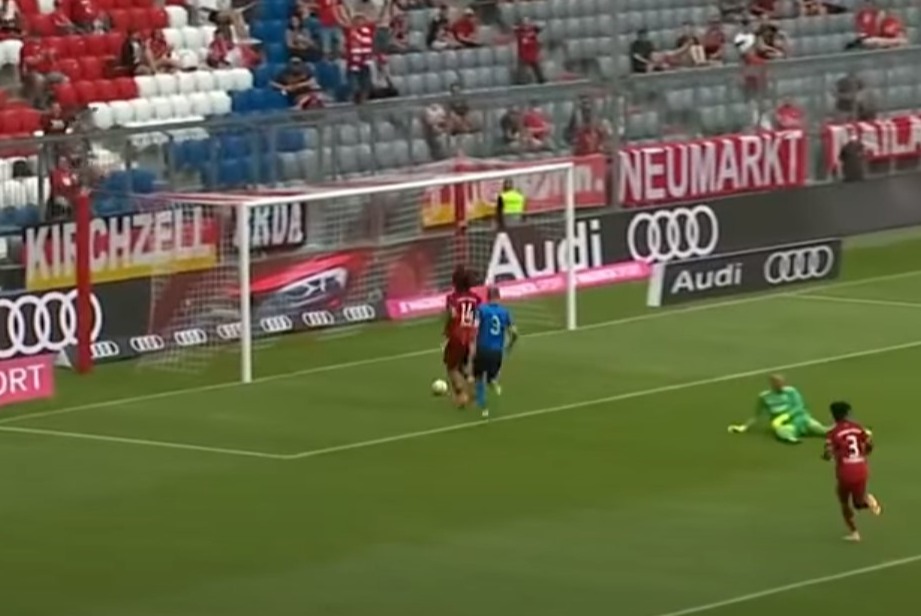 The 20-year-old was unaware Perr Schuurs, 21, was closing him down 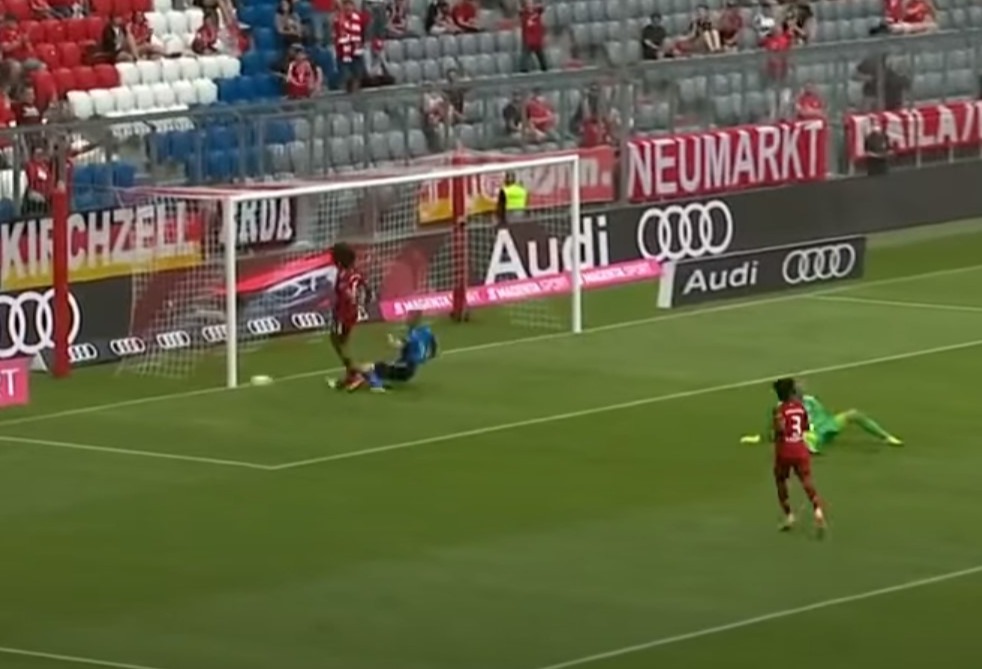 And the defender made an excellent recovery tackle

With the scores level in the 44th minute, Zirkzee found himself in a great position near the Ajax goal.

After receiving possession, the young forward defeated the last defender and went round goalkeeper Remko Pasveer, 37, with ease.

Zirkzee then just needed to tap his effort into an empty net – but the promising talent waited as the ball trickled towards the line.

His lack of urgency allowed defender Perr Schuurs, 21, to make a brilliant recovery tackle – no more than two yards from goal – to save the day.

As Schuurs was congratulated by his team-mates, Zirkzee seemed embarrassed to miss such a glary opportunity.

And the forward was made to pay as the game finished 2-2, denying Bayern a pre-season victory over their European rivals at the Allianz Arena.

Teenage defender Tanguy Nianzou then gave Bayern the lead in the 48th minute before young winger Victor Jensen made it 2-2 two minutes later.

He wanted to show off and walk it in… deserved to miss.

Zirkzee was criticised on social media for not finishing his impressive move, with one fan tweeting: “How is that even possible.”

And another wrote: “Would love to see Roy Keane’s reaction to it.”

But other fans decided to praise Schuurs instead, with one tweeting: “Fair play to the defender for not giving up.”

“Oh my word! How on Earth can you not score from there? I don’t believe it.

“He’s going to hear something from his boss at half-time, I tell you, because you’ve got to score when you’re in that position.”

New Bayern manager Julian Nagelsmann will be hoping Zirkzee learns from his error ahead of the new season.

The youngster is aiming to become a regular after spending the second half of last season on loan at Parma, making four Serie A appearances.

Zirkzee has played 16 games for Bayern’s senior team to date, making his debut against Tottenham in the Champions League in December 2019. 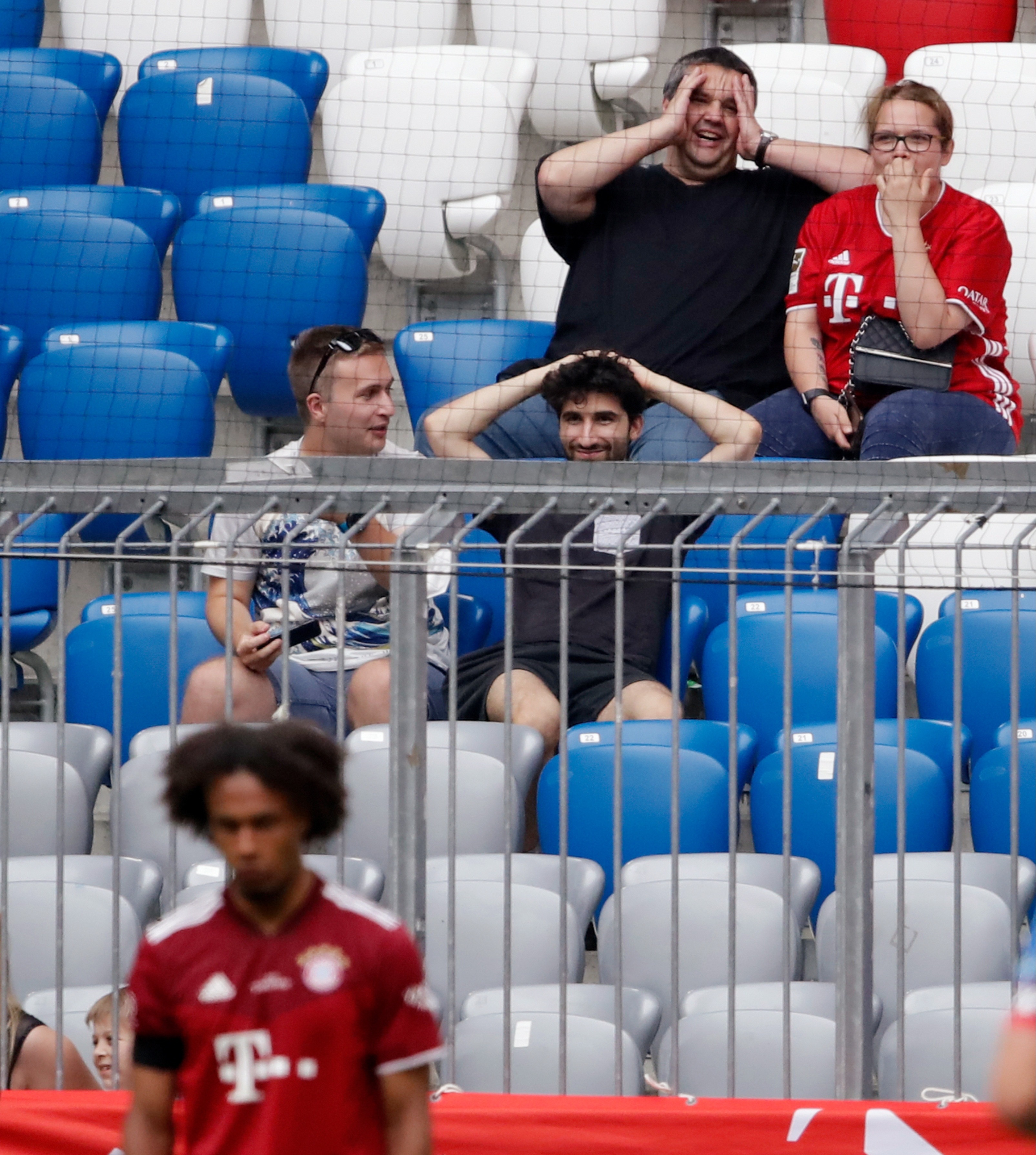