We CAN fight climate change… but only if China and Russia do their bit too, says Alok Sharma

FROM the fires raging across the US to record floods devastating Germany and China, the impact of climate change is materialising before our eyes.

And unless the world unites now to limit global warming to 1.5 degrees, scientists think this extreme ­weather will only get worse, leaving devastation across the planet.

The impact of climate change is materialising before our eyes

The man desperately trying to pull together ­leaders from around the globe to act now says there’s no time to waste — but adds that big polluters such as China, Russia and India must do their bit too, if the world is to avoid disaster.

Alok Sharma, in charge of the global COP26 climate summit in Glasgow in November, says it is the world’s last chance to keep 1.5 degrees of warming within reach, or risk landing future generations with a ­climate nightmare — and a huge bill to pay for the consequences.

With the summit drawing nearer Mr Sharma revealed he hopes to visit China beforehand, and won’t shy away from heaping huge pressure on the big global ­emitters to cut their greenhouse gases.

He will dash to Naples this week for G20 meetings to urge everyone to sign up to huge targets by 2030 — with Britain leading the way in its commitents — and he vows to “keep pushing” until they cave in and agree to take action now.

He says: “China, India, Russia — those big emitters need to do more. We all need to play our part. Climate change affects us all, whether that’s Europe, Africa or Asia. For Russia, melting permafrost is a huge issue.”

With just 100 days until the landmark event — postponed from last November due to Covid — today he tells The Sun’s Green Team the world cannot afford to delay the summit yet again, warning that “climate change didn’t take time off” while the world fought a pandemic.

Mr Sharma, 53, has seen the “tragic” effects of the rise in greenhouse gas emissions and says: “Look around the world and you can see the impacts of climate change.

“I’ve just returned from the Carribean. Barbuda was hit by Hurricane Irma in 2017, and it literally feels like it came through a week ago, it’s as fresh as that.

“The buildings aren’t fixed, the roofs are still blown off buildings.”
But is there really anything Britain, which creates just one per cent of global emissions, can do about it, when China and other nations are still burning coal?

Banning petrol and diesel cars, ripping out millions of gas boilers and looking at powering planes with eco-friendly fuels are all on the cards to move towards a better planet. 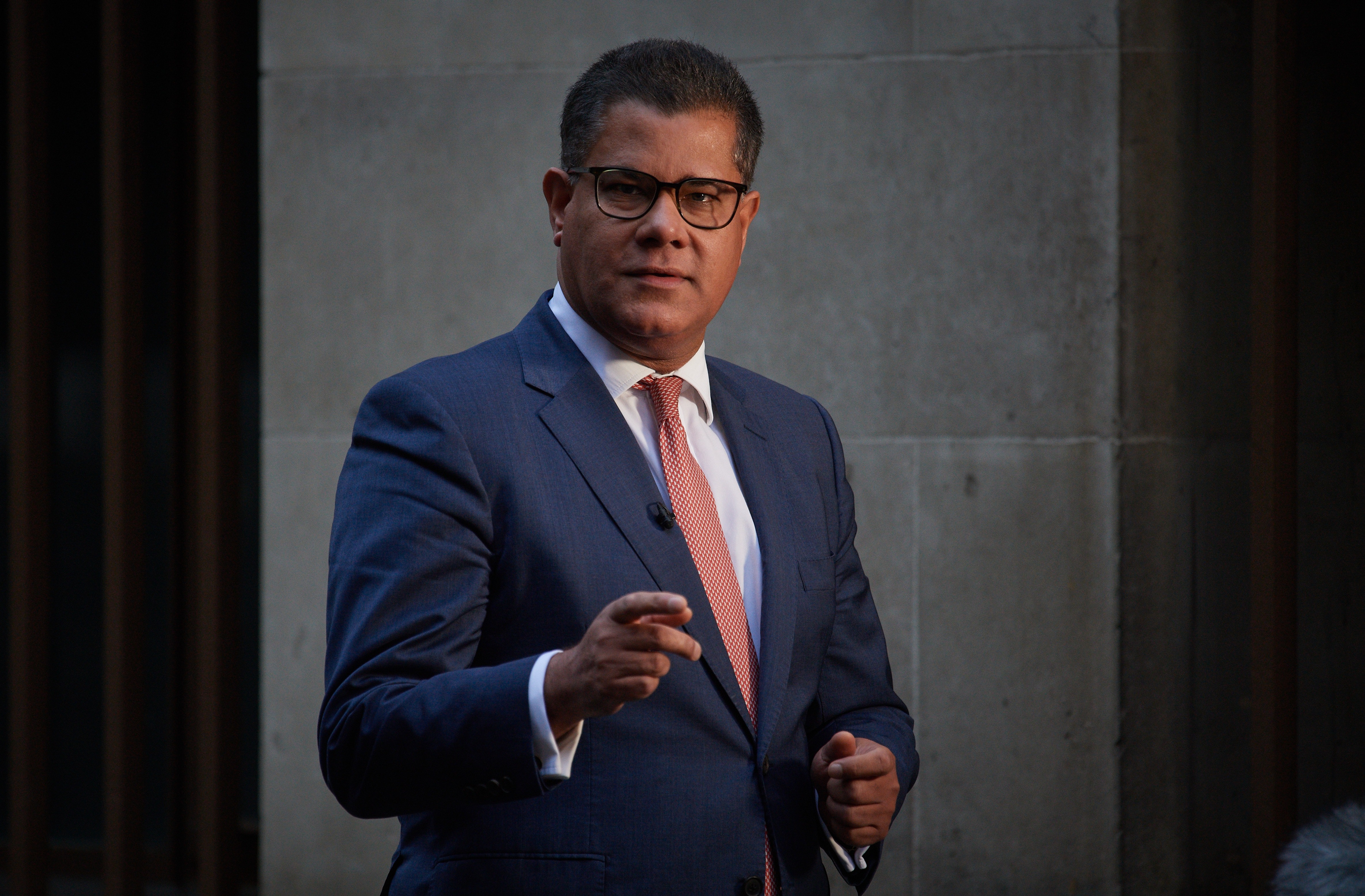 Alok Sharma is in charge of the global COP26 climate summit in Glasgow in NovemberCredit: Getty

However, the journey is unlikely to be smooth, and Brits rightly fear they will be hammered with massive bills to pay for it all.

The independent Climate Change Committee estimates costs could reach an eye-watering £1.4trillion, and officials still have yet to lay out their plans for how it will be done.

Mr Sharma sought to reassure Sun readers they need not fear those costs hitting them in the wallet, as ­businesses will bear the brunt of it.

He said of fines for people who refuse to switch to green alternatives: “I don’t want to see anyone penalised,” and, hinting that big subsidies are on the way to help the less well-off with costs, he added: “I’ve always believed in the carrot rather than the stick.

“This isn’t about forcing people to change the way they behave, this is about encouraging them.

“What I want to do is that we support people in making a change gradually over time.”

Former Business Secretary Mr Sharma heaped praise on The Sun’s “incredibly valuable” Green Team campaign, saying ministers agreed with the idea of telling people “you can make small changes in your life, which will ultimately be good for the environment, for cleaning up the air — good for you, your kids, your health”.

And he pointed to the price of ­electric cars being slashed as technology gets better, and says pricey heat pumps and plug-in cars will become affordable in time, just as mobile phones have done.

The cost of inaction on the environment would be far worse in the years to come too, he added.

In his personal life he admits he doesn’t yet have an electric car, despite the Government’s huge push, but says his next one will be.

Mr Sharma, a sitting MP who has stepped back from most Government work to focus on the summit, has been dubbed “Alok Airmiles” for his jet-setting around the world drumming up support for the event.

LOOK at everyday things in your life.

Don’t take the car for short ­journeys, reduce food waste, turn the lights off – it’s these small changes which really make a difference.

But he defended it as vital for getting everyone around the table to thrash out much-needed plans.

Huge sums of cash are needed from America and other richer nations to help finance the move to green tech, and Mr Sharma’s in-person elbow bumps are key to getting them to make promises and stick to them, he said.

The COP26 boss also announced that the entire conference will be “carbon offset” and ministers will work with dedicated companies to make up for the thousands of miles they will fly to get there.

Mr Sharma, and all UK officials’ travel will be balanced out so it does not harm the planet.

This could see donations to ocean clean-up efforts, tree planting, funding for new innovation projects or training farmers to work in an eco-friendly way.

He said plans were still on track for a “physical event” in November, despite waves of Covid still hitting the UK and other countries hard.

He told attendees: “If you’re not able to get vaccinated in your home country, we are working with the UN to make sure you get it.”

He added: “There’s a lot of interest in taking up that offer — these countries are on the front line of climate change.

“They need to actually sit at the same table and look the biggest ­emitters in the eye.”

Are metro mayors the route to faster UK climate action