What is EOR, is it a country and who did Jade Jones lose to in the Tokyo 2020 Olympics?

JADE JONES is out of the Olympic Games at the first hurdle.

The EOR team are at their second Olympic GamesCredit: Getty

But she met her match in the opening fight against Kimia Alizadeh of the EOR team.

What does EOR mean?

EOR is an acronym of the French name ‘Equipe Olympique des Refugies’.

The Refugee team were a proud introduction to the Rio 2016 Olympics, when they went under the acronym ROA (Team of Refugee Olympic Athletes).

It has allowed athletes from war torn countries such as Syria and South Sudan and political dissidents from other nations to fulfil their dreams of competing in the games.

IOC President Thomas Bach said in 2016: “By welcoming the team of Refugee Olympic Athletes to the Olympic Games Rio 2016, we want to send a message of hope for all refugees in our world.

“They will have a home together with all the other 11,000 athletes from 206 National Olympic Committees in the Olympic Village.” 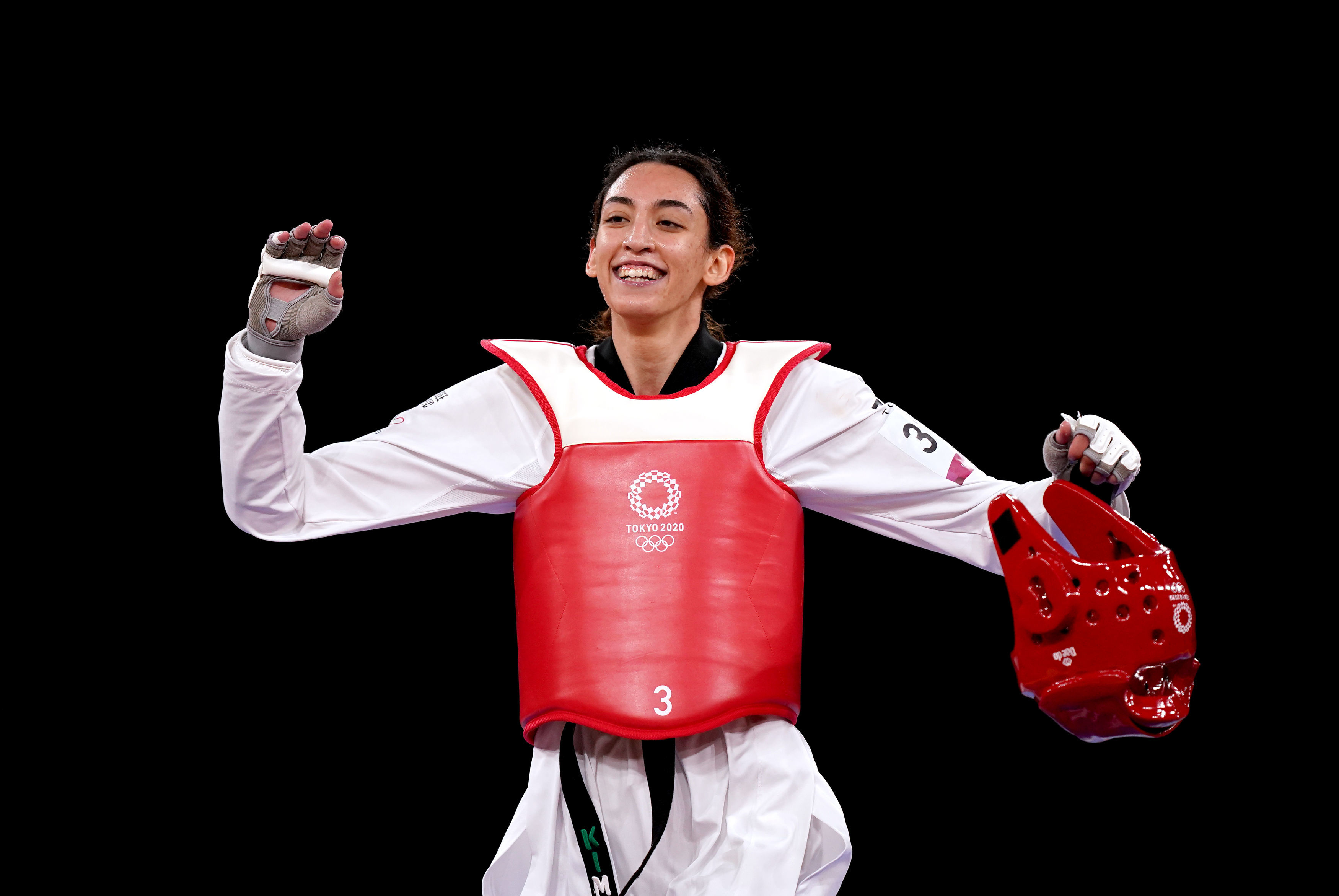 What country is Kimia Alizadeh from and why did she join the Refugee team?

Kimia Alizadeh was born in Iran in 1998.

In 2016, she made history by becoming the first Iranian woman ever to win a medal at the Olympic Games as she picked up the bronze in Women’s 57kg Taekwondo.

However, in 2020 she defected to Germany and criticised the Iranian government’s attitude towards women in an Instagram post, calling herself “one of the millions of oppressed women in Iran who [Iran’s rulers] have been playing with for years.”

She added: “They took me wherever they wanted. I wore whatever they said.

“Every sentence they ordered me to say, I repeated. Whenever they saw fit, they exploited me.

Alizadeh added that “credit always went to those in charge” and she “didn’t want to sit at the table of hypocrisy, lies, injustice and flattery” any longer, nor remain complicit with the regime’s “corruption and lies.”

Alizadeh had shown an interest in competing for Germany before ultimately joining the EOR team for the Tokyo games.