Where does Eternals fit into the MCU timeline?

Watching Marvel movies can be a bit confusing – not only because there’s been 26 films so far (plus television series), but because their release dates don’t necessarily line up with the chronological timeline.

While Iron Man was the first MCU film to be released back in 2008, it’s 2011’s Captain America: The First Avenger that comes first chronologically.

So where does new movie Eternals fit into the timeline?

Eternals was supposed to be out before Shang-Chi and the Legend of the Ten Rings, but pandemic rescheduling meant that it is now out two months after that blockbuster.

Still, it doesn’t change Eternals’ place in the MCU timeline.

While the film jumps back between the past and the present, the present day part of the movie is set around eight months after the events of Avengers: Endgame, when the snap was reversed. 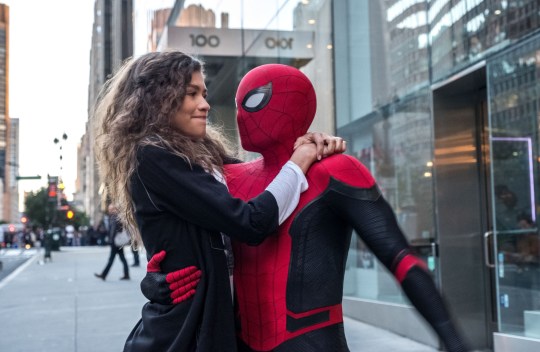 He added: ‘So it’s a big cosmic crazy movie set on earth over 7,000 years. [Avengers: Endgame events] don’t directly affect [Eternals], although the Eternals are quite aware of what happened in the Endgame and what happened with Thanos, and you sort of get to hear their opinion about what happened and why maybe they didn’t get involved. So it is both in a post-Endgame world, but isn’t a direct line, as far as storytelling.’

So, by those details, Eternals is based around the summer of 2024, because that’s when Peter Parker (Tom Holland) took his trip to Europe.

That means that Eternals is not only the most recent MCU release, but is also at the end of the chronological timeline – which makes things a little bit easier.

Guardians of the Galaxy

Guardians of the Galaxy Vol 2

Ant-Man and the Wasp

Shang-Chi and the Legend of the Ten Rings

Eternals follows an immortal alien race, which emerges from hiding after thousands of years to protect Earth from their evil counterparts, the Deviants, and boasts an all-star cast including Angelina Jolie, Gemma Chan, Kumail Nanjiani, Richard Madden, Salma Hayek and Kit Harington.

Eternals is in cinemas now.