Zack Snyder’s ‘Army Of The Dead’ set to receive sequel

Zack Snyder is developing a sequel to his Netflix zombie action movie Army Of The Dead.

As confirmed by The Hollywood Reporter, Snyder has signed on for the sequel as part of a two-year first-look deal with Netflix.

However, development on the sequel won’t begin until after his next project Rebel Moon has been completed. Snyder will co-write, produce, and direct the upcoming sci-fi adventure film.

According to The Hollywood Reporter, Rebel Moon will take place in a peaceful colony on the edge of the galaxy, which then becomes threatened by a tyrannical regent named Balisarius. A young woman is tasked with recruiting warriors from neighbouring planets to take a stand again their new enemy.

“This is me growing up as an Akira Kurosawa fan, a Star Wars fan,” Snyder told THR. “It’s my love of sci-fi and a giant adventure. My hope is that this also becomes a massive IP and a universe that can be built out.”

Army Of The Dead is also receiving a spin-off film alongside its sequel. In May it was confirmed by io9 that Army Of Thieves has completed filming. It is directed by Army Of The Dead actor Matthias Schweighöfer, who also stars in the film.

“This is not a zombie movie, I can say, but maybe I heard maybe we have zombies in it,” Schweighöfer told io9 about how his film ties-in with the first. 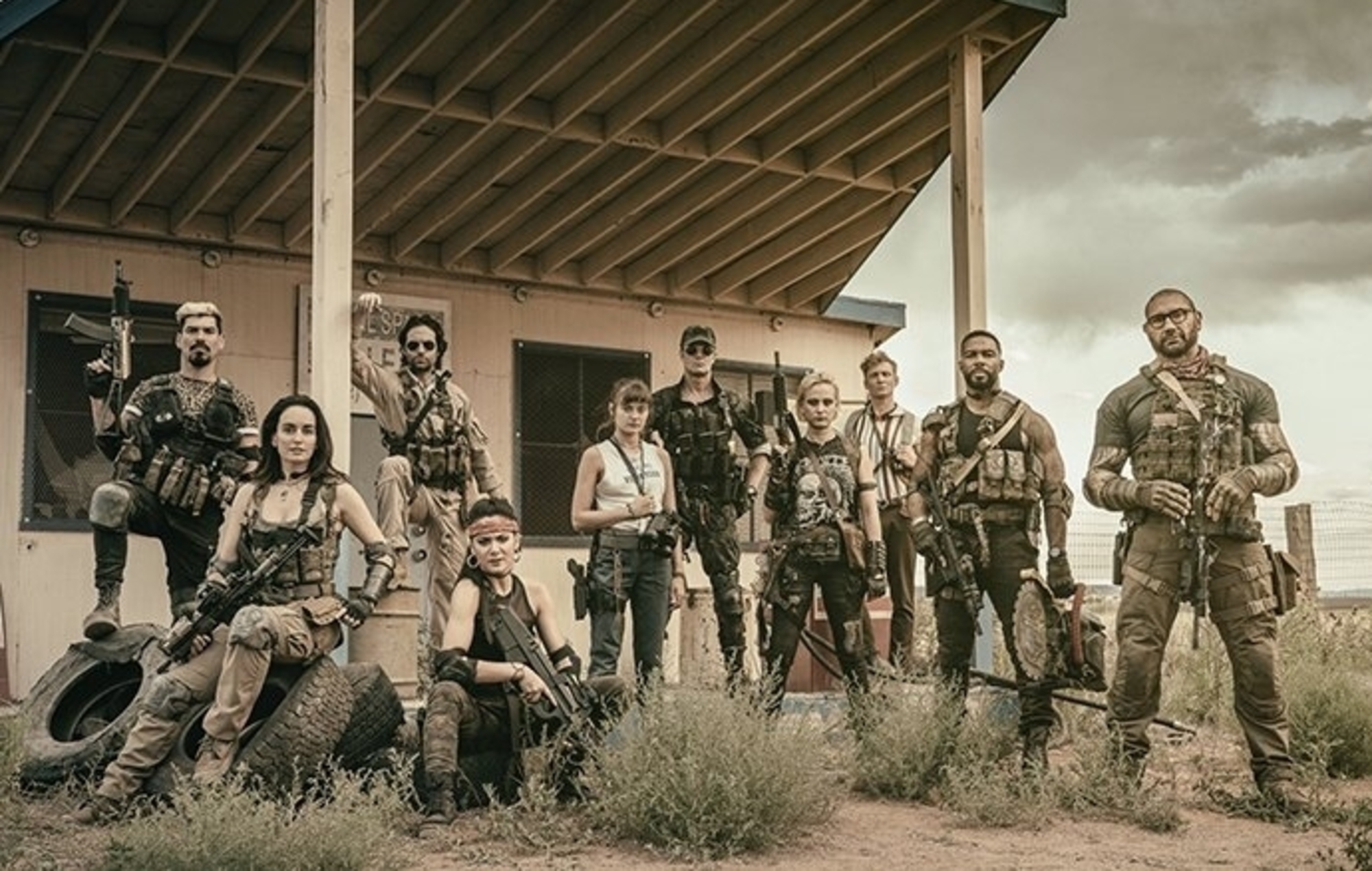 ‘Army Of The Dead’. CREDIT: Netflix

“But it’s not a zombie movie. It’s a heist movie and it will be a huge, very entertaining heist movie with stuff we’ve never seen before, especially that we create our own world. So everyone should be really excited to see [Schweighöfer’s character] Dieter cracking some safes.”

Last year, it was confirmed that an anime-style animated series based on the film is also in development. The prequel series, called Lost Vegas, will stream on Netflix and see many of the core cast lend their voices to the show.

Elsewhere, Snyder has said that he is open to the idea of directing a possible Rick And Morty film.

“I don’t have like a straight comedy that I can think, you know, that’s like wall to wall straight comedy,” Snyder said during his appearance on The Film Junkee Vodka Stream (via CBR). “If I did the Rick And Morty movie that’s probably about the closest I’d get.”