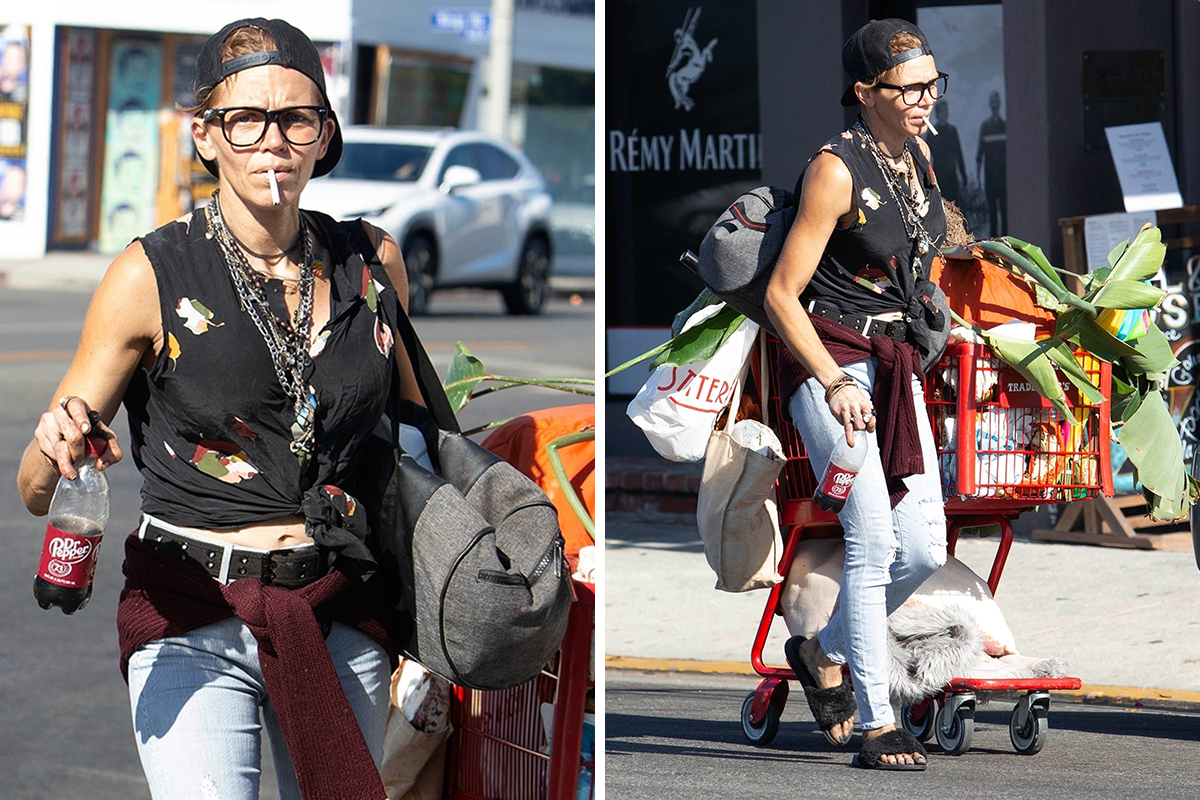 The 38-year-old beat the heat as she spent time outside during the hot 95-degree day in Los Angeles.

Loni was spotted out in Los Angeles on TuesdayCredit: BackGrid 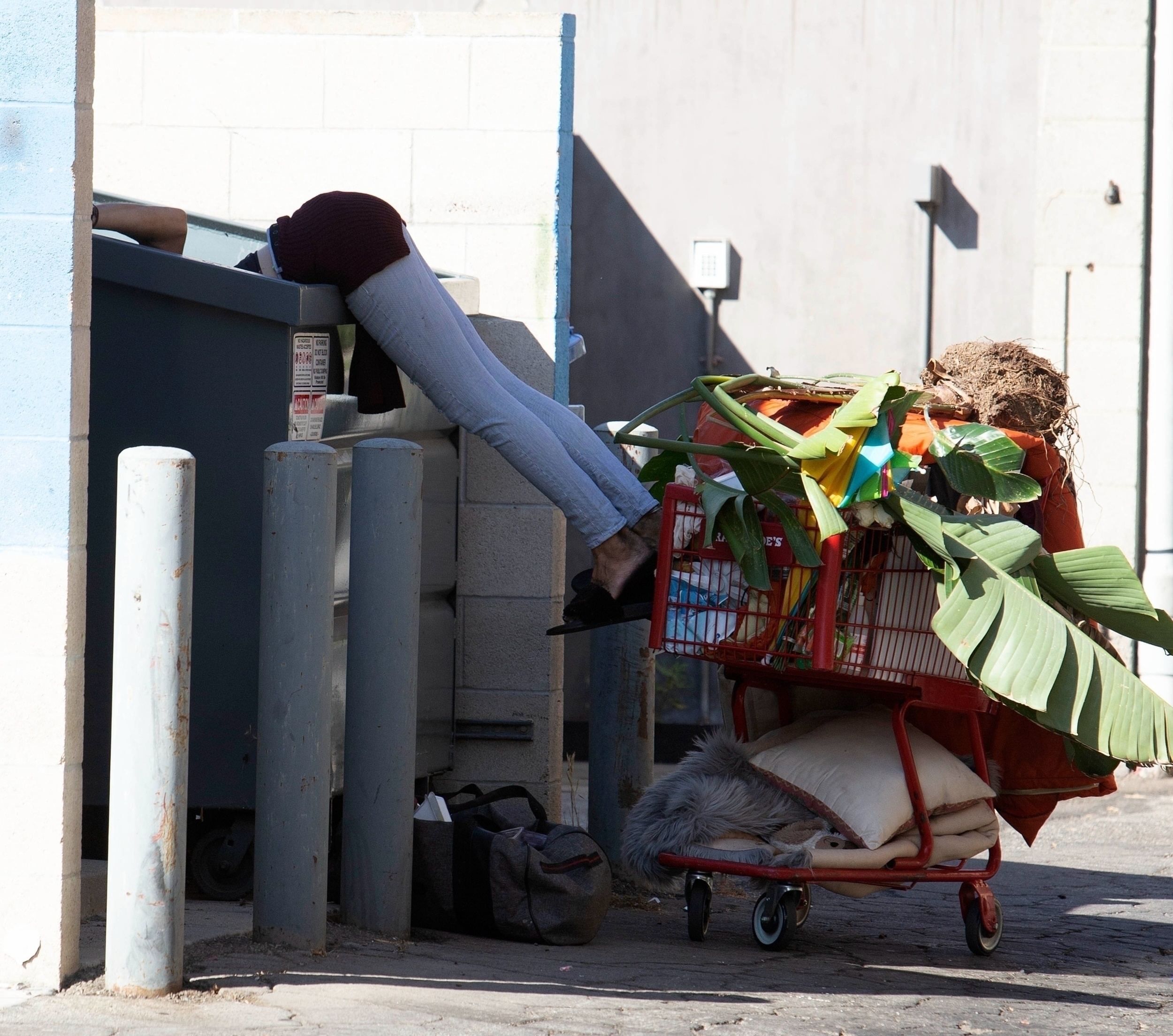 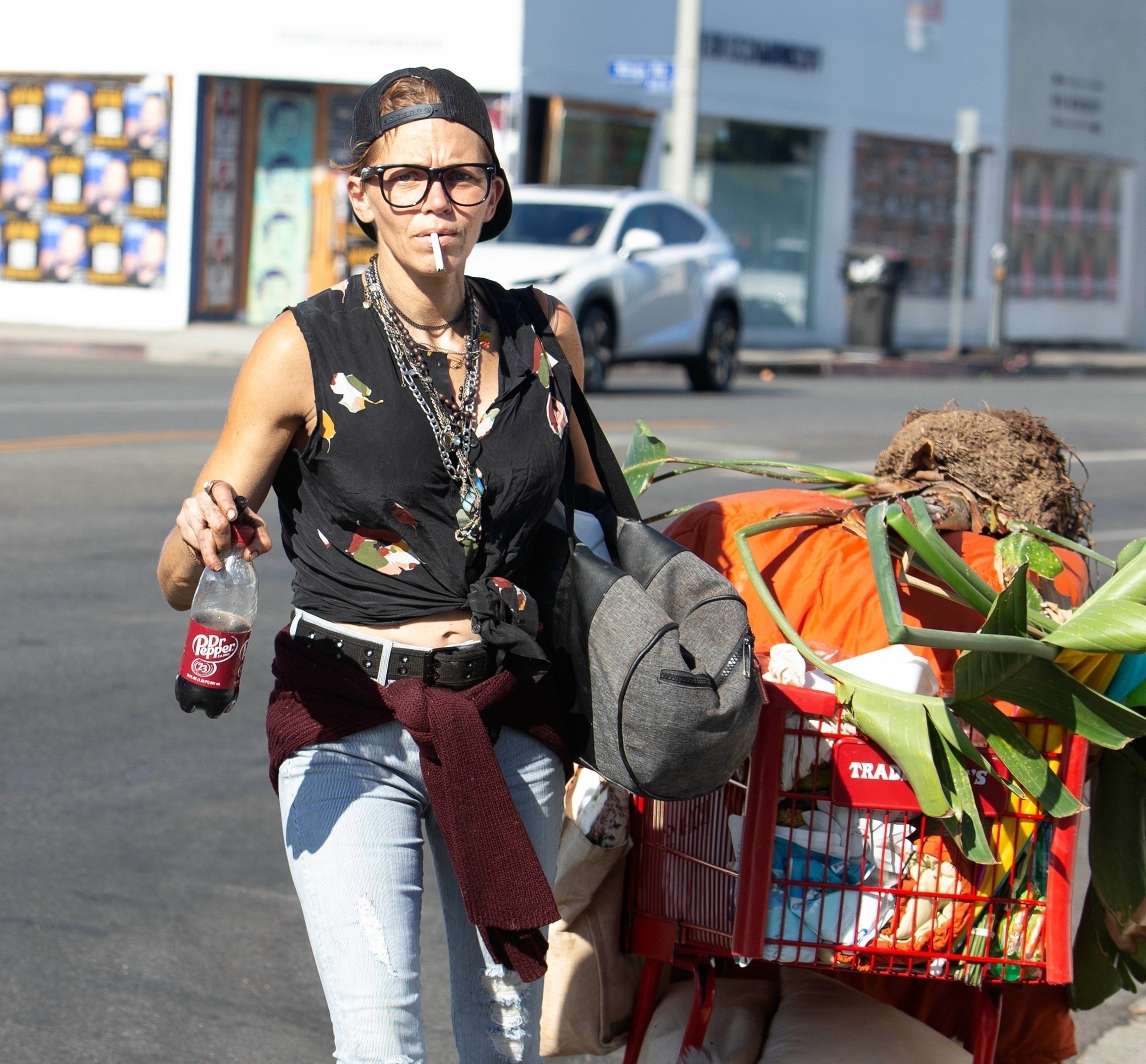 She beat the heat on a 95-degree dayCredit: BackGrid 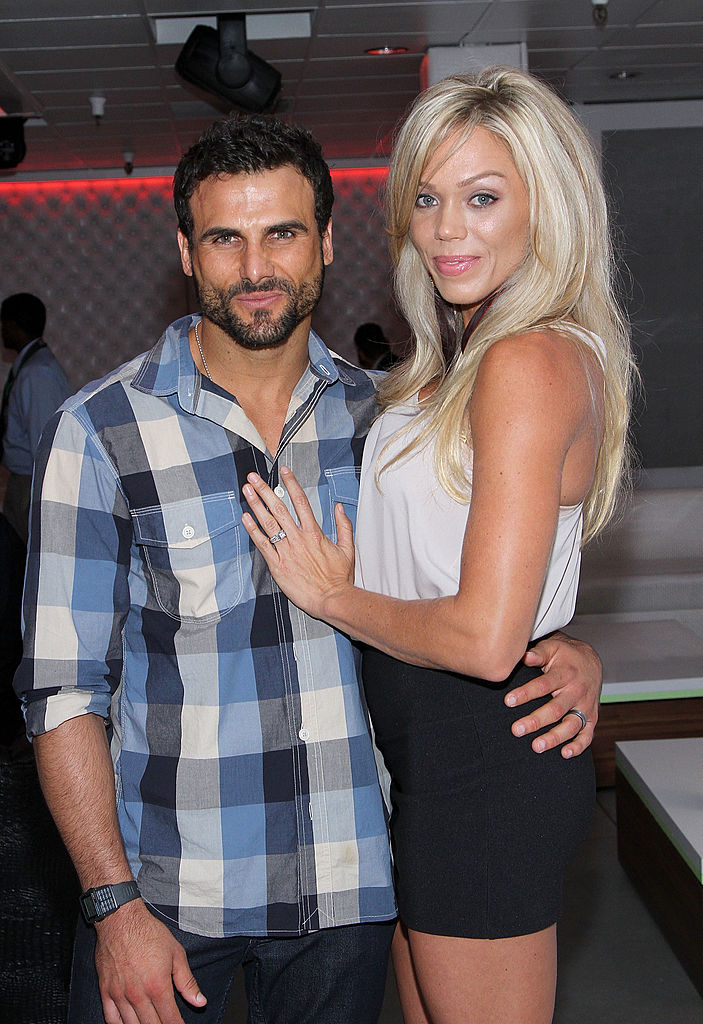 Loni was spotted looking through dumpsters and even climbing into one in search of food while out in LA on Tuesday.

She wore a backwards black baseball cap, fitted light-wash jeans, a black belt, a maroon sweater wrapped around her hips , fuzzy black slippers and floral black top that tied near her belly button.

The former model was also seen walking with a shopping cart full of miscellaneous items as she held onto a bottle of Dr. Pepper with one hand and guided the red cart with the other.

Loni kept a cigarette in between her lips throughout the outing during the hot day.

The recent outing is not the first time Loni has been spotted since being forced to live on the streets.

Back in May, Loni was spotted dumpster diving while wearing black leggings and chunky slippers, as well as a backwards pink baseball cap and white-rimmed glasses.

Loni made sure to keep hydrated as she took sips from a plastic water bottle at the time.

She is best known for her marriage to Baywatch star Jeremy, as the former could got married in 2012 but split in 2014.

THE END OF THEIR RELATIONSHIP

The pair called off their marriage after the 40-year-old actor allegedly attacked Loni in their West Hollywood home.

The former fitness model has been homeless since 2016, while she was spotted for the first time in October 2020 after being missing for two years.

In an exclusive interview with The Sun in February, Jeremy’s ex said that her homelessness was brought on – not by drugs or the “celebrity life” – but by some “really bad people.”

“Even if I could ask for help there is not a whole lot anyone could do.”

She continued: “I got electrocuted before I became homeless for nine months solid, every f**king day and so I can’t stay in one spot.

The model added: “I’m not going to mess up someone else’s life because people f**ked with me so I just have to wait it out and see what happens as time goes on.”

When asked about the last time she spoke with Jeremy, Loni told The Sun: “I haven’t spoken to Jeremy. I don’t want to speak to my friends, I’m doing just fine. I don’t want anyone to help me.”

The former model previously worked as an assistant at an LA cosmetic surgery center and apparently had a mental breakdown in 2016.

Due to the breakdown, Loni lost her job, apartment and car and was forced to live on the streets.

She began using drugs and has since battled an addiction to meth and alcohol as she deals with mental health issues. 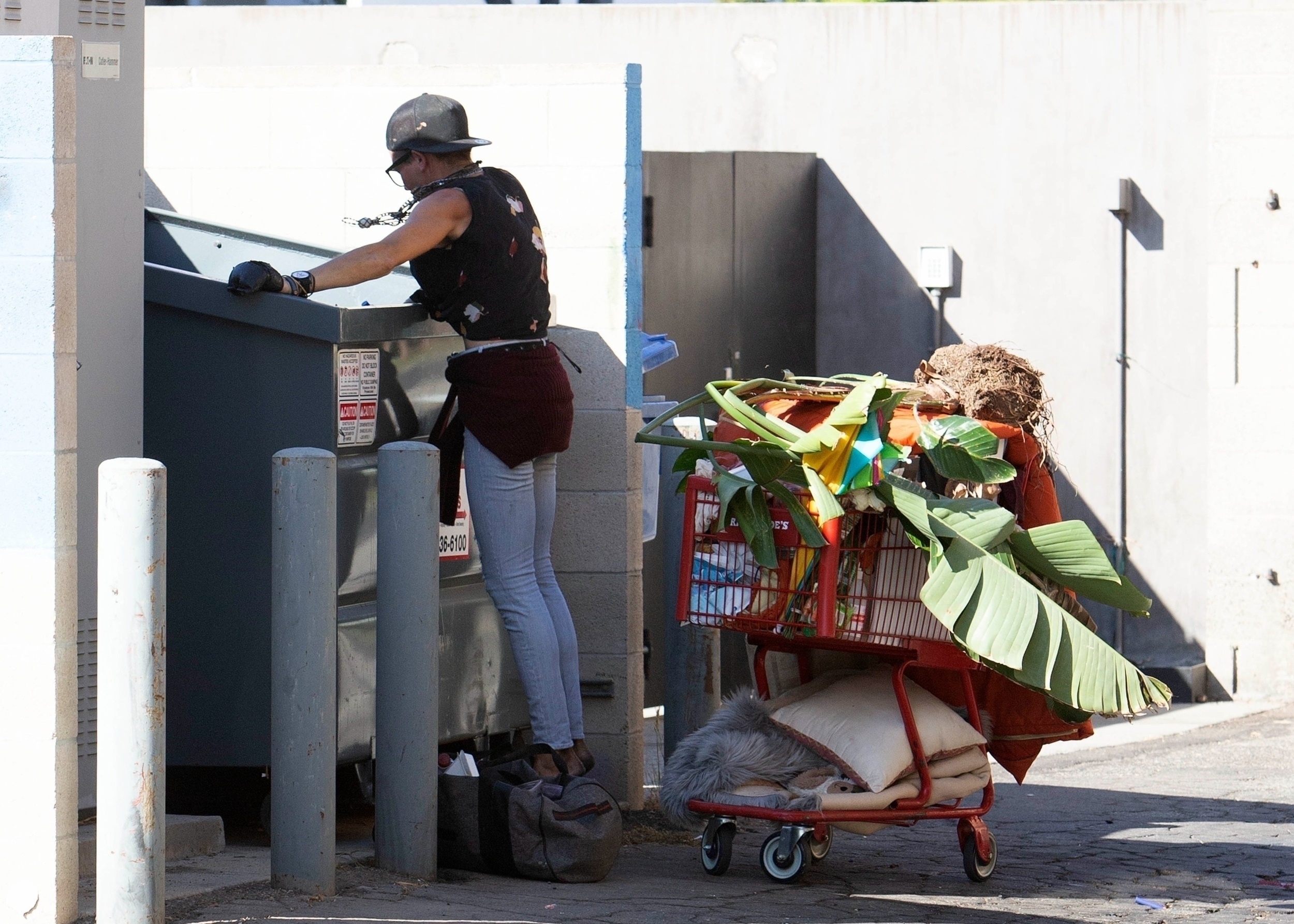 Loni has been homeless since 2016Credit: BackGrid 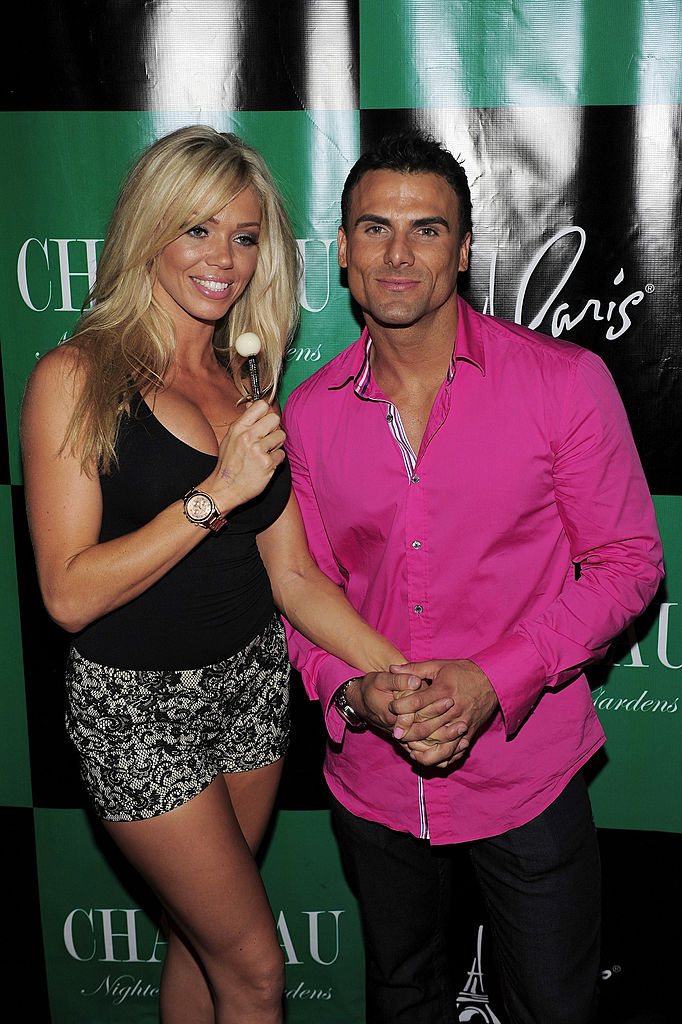 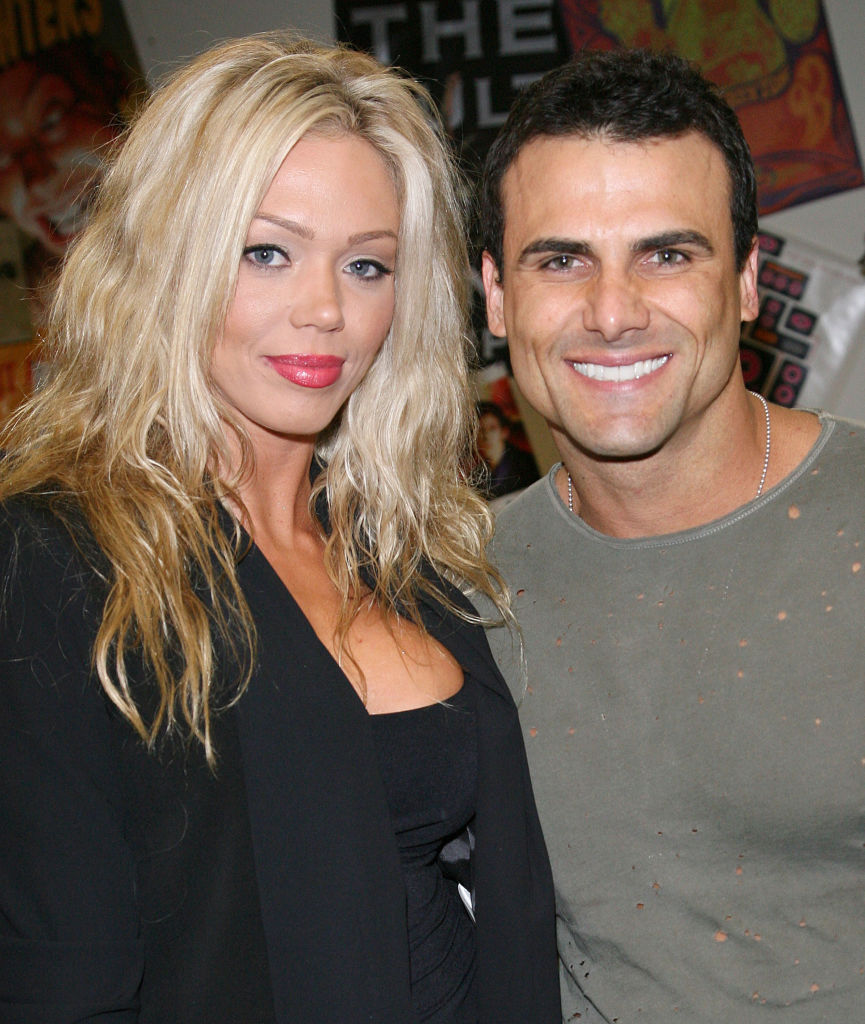 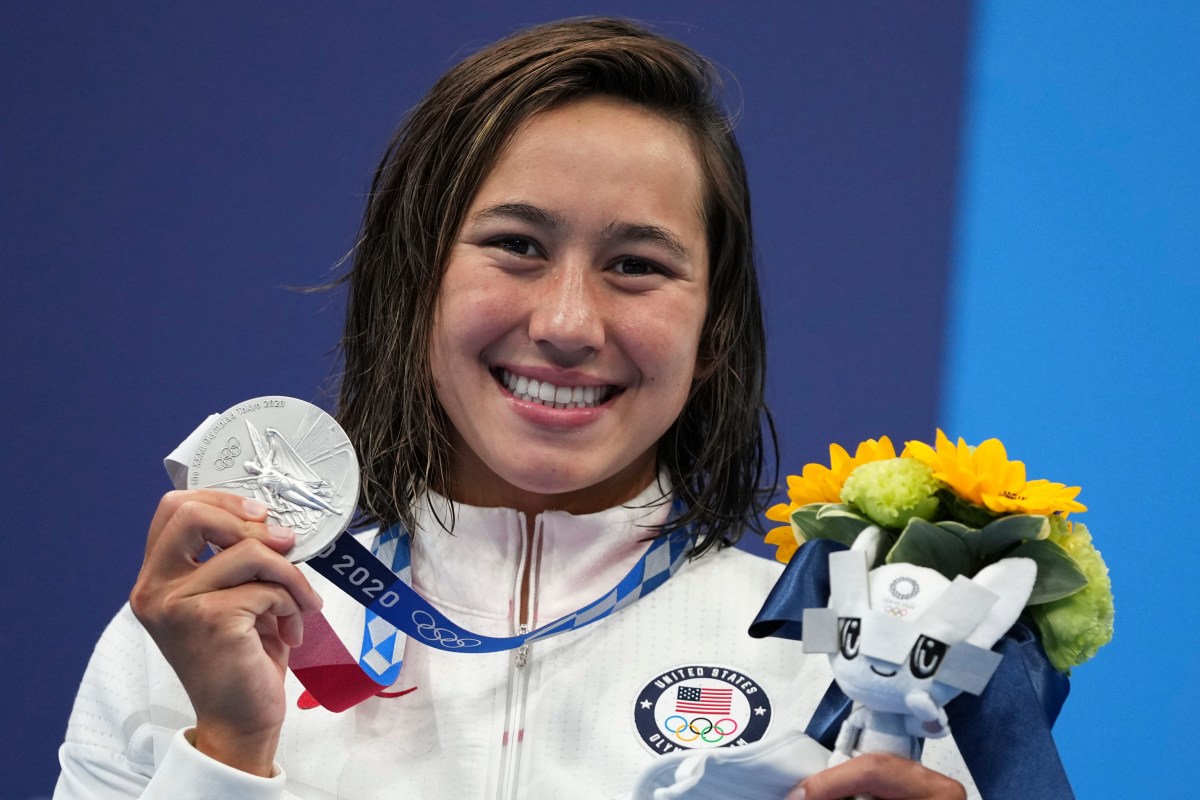