JOE Biden has been slammed for a tone-deaf post about National Ice Cream Day as social media users told him “people are dying”.

With an ice cream in hand, the president posed for a selfie with a family at Moomers Homemade Ice Cream in Traverse City, Michigan today to mark the annual celebration of the sweet treat.

Joe Biden was slammed for the tone-deaf postCredit: Twitter/Joe Biden 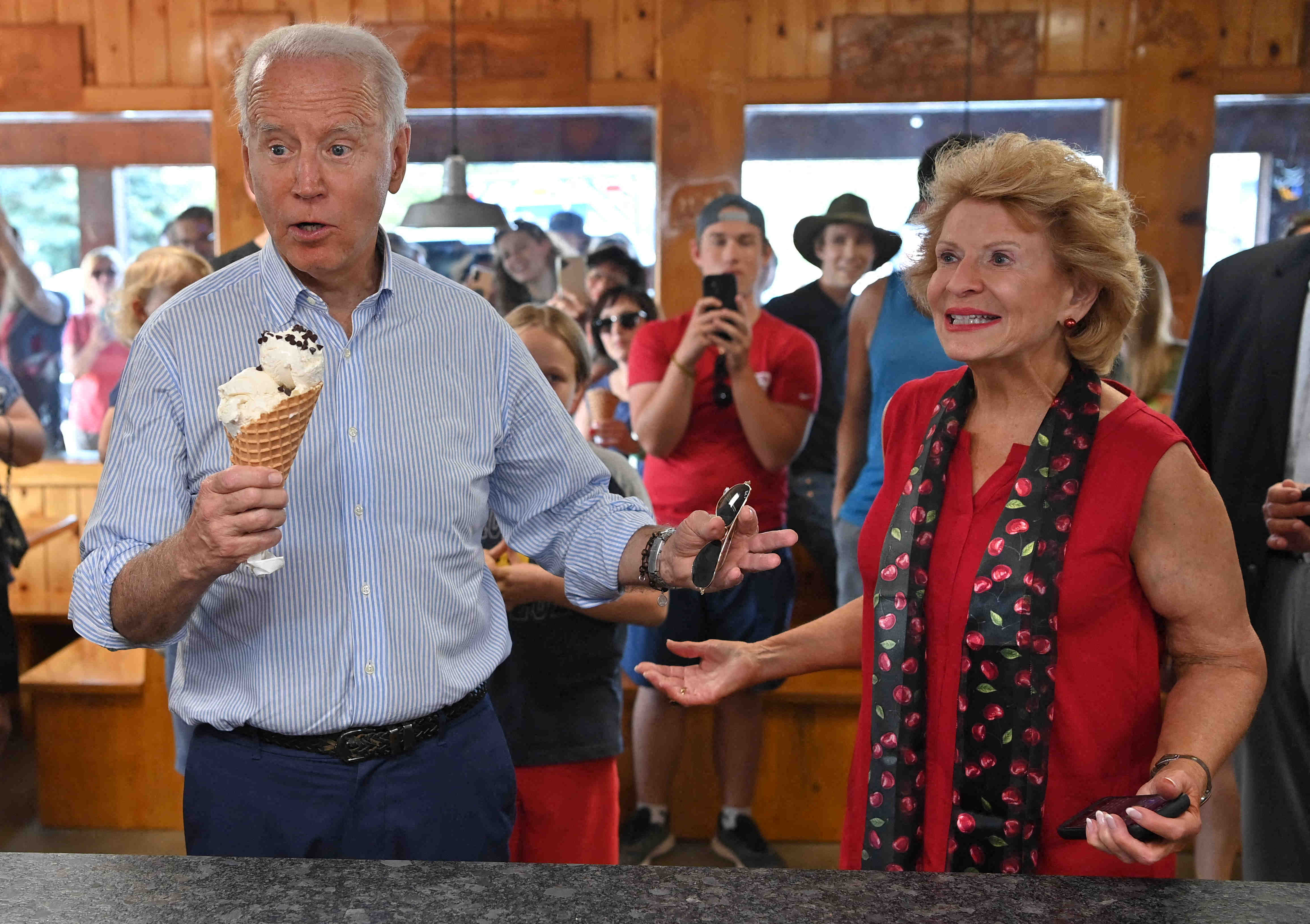 But Twitter users slammed Biden as “pathetic” as they raged over gas prices, inflation, stimulus checks and the ongoing coronavirus pandemic.

One said: “This is pathetic. People are dying, about to be evicted, jobless for months. How dare you!?”

Another wrote: “Couldn’t take my kids for ice cream because your CDC screwed them over with the elimination of mask guidance during a new variant surge.”

A third fumed: “You have ice cream day every day at least the past 3 in person videos I’ve seen of you include ice cream. Get to work.”

‘COVID CASES ARE UP’

Other furious Americans urged the president to focus on more important issues, such as unemployment and raising the minimum wage.

Another said: “Ice cream tastes even better when served by people making a thriving wage. Raise the minimum wage. We wanted $15 eight years ago.”

A third wrote: “No more stimmies.”

A fourth raged: “11 million families are facing eviction in 13 days.”

Other Americans raged about gas prices and inflation.

He replied to Biden’s post: “I mean yeah. Who cares about gas prices inflation immigration and stuff like that when we have a pres who likes ice cream!!!”

One woman shared a video of an altercation between cops and the public in Los Angeles and wrote: “Elsewhere in America… is it National Police Brutality Day?”

A social media user even pointed to the deteriorating situation in Afghanistan following the withdrawal of US and NATO troops.

“You’re celebrating National Ice Cream Day, but in Afghanistan Taliban killed people, and it’s all because of your decision,” they wrote.

But others were delighted to see Biden enjoying himself.

One Twitter user wrote: “Love a @POTUS that can enjoy the fun days and share some simple happy times with us! It’s nice to have a real human being, who smiles, in our White House again!”

Another replied: “Amen! Can you think of one lighthearted, fun, friendly tweet by Trump?

“As it happens, I don’t agree with @POTUS on several issues, but I’m eternally grateful for his service and leadership and just his human decency!”

It comes after Biden rushed off stage at a recent event to “make sure” two young girls in attendance got ice cream.

As Biden took to the stage in Tulsa, Oklahoma to pay tribute to the 100th anniversary of the Tulsa Race Massacre, he made a quick detour.

“I’ve got to make one check,” Biden said as he left the stage.

Video shows Biden approaching two young girls who were sat with their mom and he spoke to them for a moment before returning to the stage.

“I just had to make sure two girls got ice cream when this is over,” Biden said to a laughing audience when he returned to the stage.

One social media user blasted the president over the minimum wageCredit: Twitter

One parent was furious she couldn’t take her own kids for an ice creamCredit: Twitter