Billie Eilish says she has 16 songs within the works, feels extra assured as a songwriter 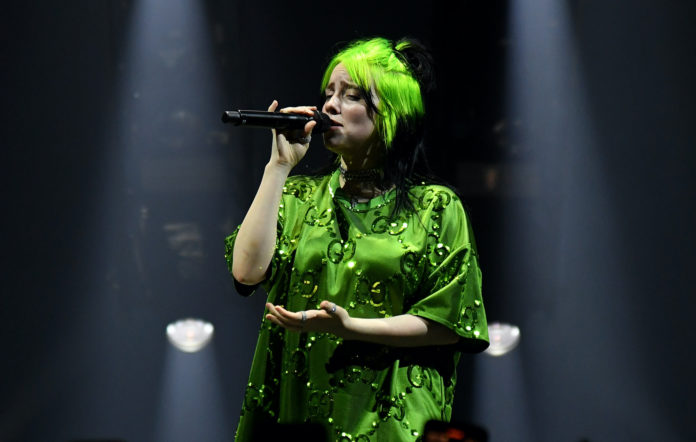 Billie Eilish has revealed she has 16 new songs in the works with brother and producer Finneas.

In the fourth edition of her annual retrospective interview with Vanity Fair, Eilish, now 18, opened up about identity, using her platform for good, the tumultuous year that’s been 2020, and how she’s been filling the time – working on new music.

“Right now I have 16,” the singer responded when asked how many songs she was currently working on. “We’ve been working. And I love them all.”

Eilish also discussed feeling more confident in her songwriting abilities, advocating for herself and communicating her ideas.

“I think Finneas and I have just seriously really gotten in the groove. We do it so fast,” she explained.

Watch the full interview below:

Elsewhere in the interview, Eilish discussed her favourite artists at the moment – Arlo Parks, Ashnikko, and The Strokes’ latest album ‘The New Abnormal’.

Echoing comments she made in a recent interview with Zane Lowe, the singer also touched on a period of identity crisis and feeling like a “parody of [herself]”.

“It’s just like, you forget, I’m literally 18. It’s funny that I’m expected to have found myself and stick with it. It’s like, I don’t know, I’m trying different things out, I’m trying different ways of living and styles and personalities, hairstyles and clothing and shoes, I’m just trying it all out, because I’m a growing fucking girl.”

Last month, Eilish shared new single ‘Therefore I Am’, performing it live for the first time at this year’s AMAs.

In a five-star review, NME praised Eilish’s continued sonic experimentation, and called her introspective lyricism a “fascinating thread in her music”.

“She’s not alone in this approach, but few do it quite as candidly – her level self-awareness continues to lead to some truly addictive songwriting.”

Earlier this month, Eilish was also nominated for a handful of Grammy Awards for her track ‘Everything I Wanted’, including Song of the Year and Best Pop Solo Performance.