Albums by Bob Dylan, Foo Fighters, Eurythmics, The Clash and more acts are being re-released for UNICEF’s ‘Blue Vinyl’ fundraiser.

The UK Committee for UNICEF (UNICEF UK) has pressed limited edition releases of 10 acclaimed albums for its charity series to raise money for the UNICEF UK Children’s Emergency Fund, which helps children affected by conflict and disaster.

Fans can enter a prize draw for each artist on the ‘Blue Vinyl’ Crowdfunder website here to be in with a chance of winning one of the available albums.

The campaign will highlight “UNICEF’s ability to respond to an emergency affecting children wherever they are, whenever crisis hits, within 48 hours”, according to a press release.

Jade Thirlwall of Little Mix said: “What an honour for ‘Confetti’ to be part of the incredible ‘Blue Vinyl’ album list alongside some iconic artists! As a UNICEF UK Supporter, I know how vital the money raised is for children around the world. There are 10 million children facing severe drought right now in the Horn of Africa. This prize draw will go such a long way in making a huge difference to children in great need around the world.”

Carole King added: “I believe passionately and wholeheartedly in the rights of children and young people and have used my voice throughout my career to stand up and speak out on issues I feel are important. I’m proud that 50 years on from the release of ‘Tapestry’, this album is still able to have a positive impact. 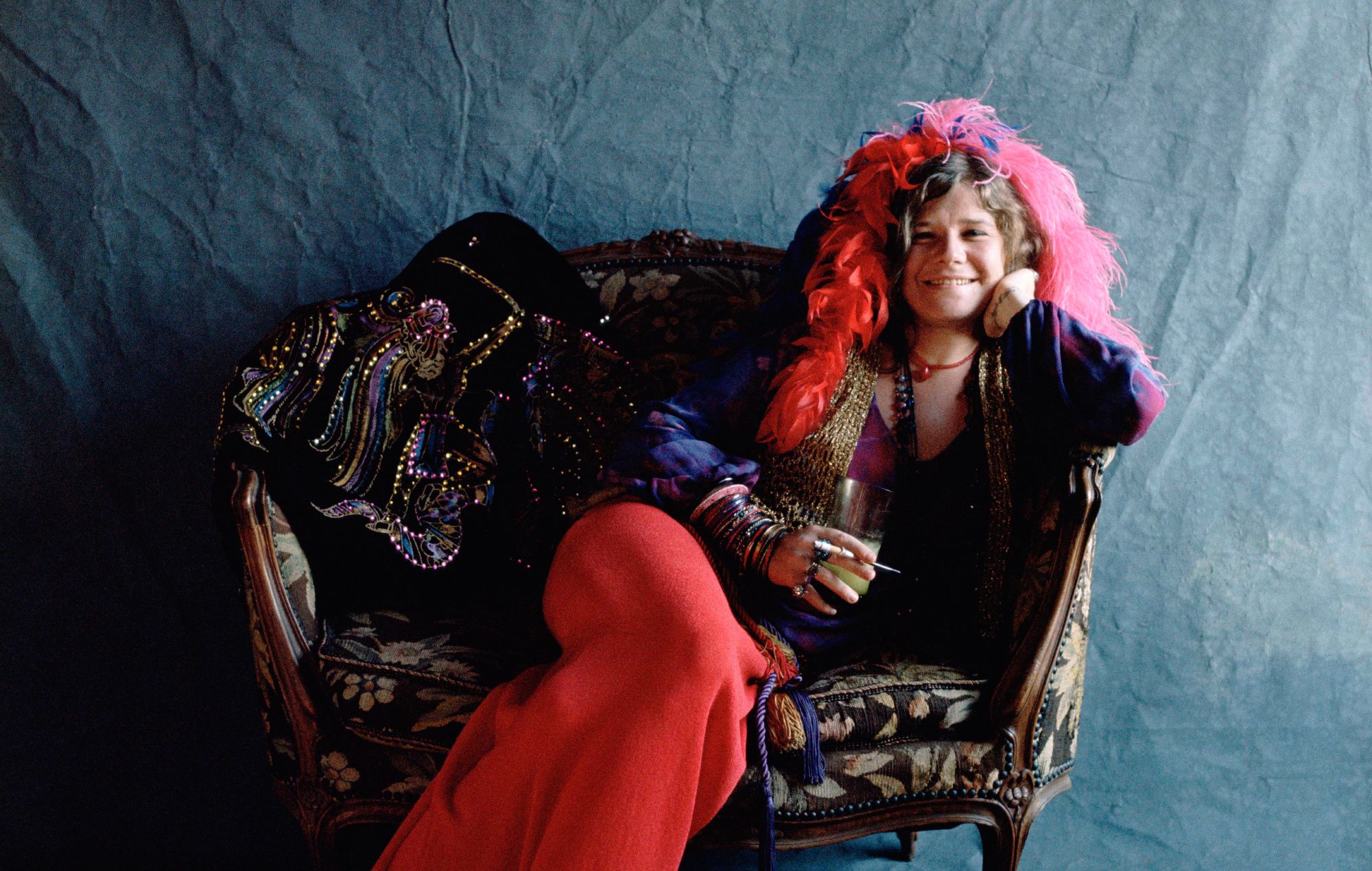 “How wonderful to know that the money raised through the Blue Vinyl prize draw will be donated in its entirety to UNICEF UK, to help children around the world who are experiencing the most difficult circumstances – providing children with fair and equal access to education, vaccines to the hardest to reach areas, and safe spaces for children faced by the displacement and terror of conflict and war.”

Each of the ‘Blue Vinyl’ albums has been pressed in UNICEF’s signature cyan blue, individually numbered from one to 48 and adorned with a numbered holographic UNICEF edition sticker on the front. Fans can enter the draw for each artist an unlimited amount of times to increase their chance of winning. 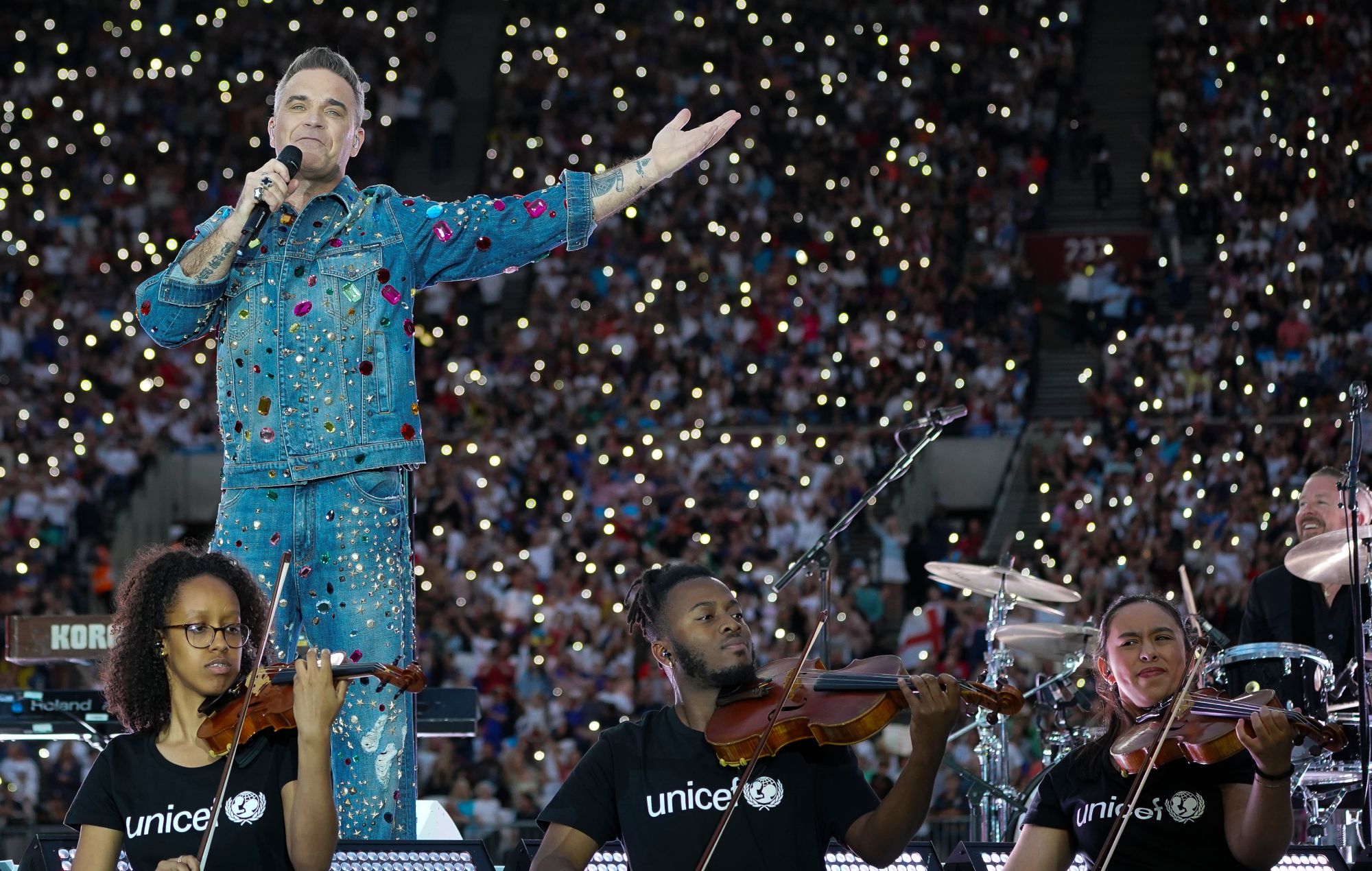 Robbie Williams, co-founder of Soccer Aid and UNICEF UK Ambassador, sings during the half time show during Soccer Aid for UNICEF 2022 in June. CREDIT: Stuart Garneys for UNICEF UK and Soccer Aid Productions

Additionally, ‘Blue Vinyl’ is displayed on the floor to ceiling wraparound screens at Outernet London until this Wednesday (August 10 ).

Speaking about the partnership, James McEwan, Chief Operating Officer at Outernet London said: “Outernet London are proud to support UNICEF as the launch venue for UNICEF Blue Vinyl 2022. To partner with such an important charity and use our newly opened immersive screens and spaces to showcase this set of iconic albums and artists is so exciting.”

The ‘Blue Vinyl’ series has been created in partnership with Sony Music UK. All the money raised from the series will go to UNICEF UK’s Children’s Emergency Fund, which helps children affected by conflict and disaster such as Ukraine, Afghanistan and Yemen, and in response to the COVID Pandemic.

Jon Sparkes OBE, Chief Executive at the UK Committee for UNICEF (UNICEF UK), said: “It’s an absolute honour to be working with such an incredible list of world-renowned artists, and we’re hugely grateful to all those involved for their generosity in making UNICEF ‘Blue Vinyl’ a reality. This project has the power to make a real difference for children across the world, supporting the crucial work of our Children’s Emergency Fund in responding to conflict and disaster wherever it hits.”

The news follows Foals creating their own one-of-a-kind bike in aid of the Mental Health Foundation.

To be in with a chance of winning the bike, fans are required to enter a Crowdfunder raffle for either £5 (one ticket), £10 (three tickets) or £20 (eight tickets). You can buy yours here until August 25.