Dimitri Vegas talks us through music from his new movie H4Z4RD

DIMITRI “Vegas” Thivaios of multi-platinum electronic dance music duo Dimitri Vegas & Like Mike has been putting his acting chops to the test over the last few years.

He’s had a few appearances on both the big and small screen, including in the recent blockbuster Jurassic World 3: Dominion and Rambo: Last Blood.

Now he’s just made his debut lead performance in director Jonas Govaerts’s H4Z4RD, an action comedy set in Dimitri’s home country of Belgium taking place over a hectic 24-hour period in and around Antwerp.

Vegas stars as Noah, an unemployed gambler who, down on his luck, accepts a gig as a driver of a getaway car that quickly turns ripe for disaster when his daughter is kidnapped and held for ransom by an evil enemy. The plot line is full of twists and turns as fast as Noah “H4Z4RD”‘s gold-plated Lexus, which has Vegas and his on-film cousin Carlos racing for their lives and against the clock. Through the film’s twists and turns, Vegas encounters neo-Nazi, dogged cops, a basketball team, and even a wolf in the battle to get his daughter Zia home safely. H4Z4RD, which Dimitri Vegas also co-produced, is dedicated to Dimitri & Mike’s father, who passed away last year.

The film premiered earlier this year on July 20th in Belgium at Tomorrowland’s Freedom Stage to an excited crowd and has now been unleashed to audiences in the UK during FrightFest – UK’s largest and brightest international thriller, fantasy and horror film festival. As an experienced performer and sought-after music producer, and now lead actor and producer, it’s fair to say that Dimitri Vegas is predisposed to entertain crowds, no matter the platform or content he creates. 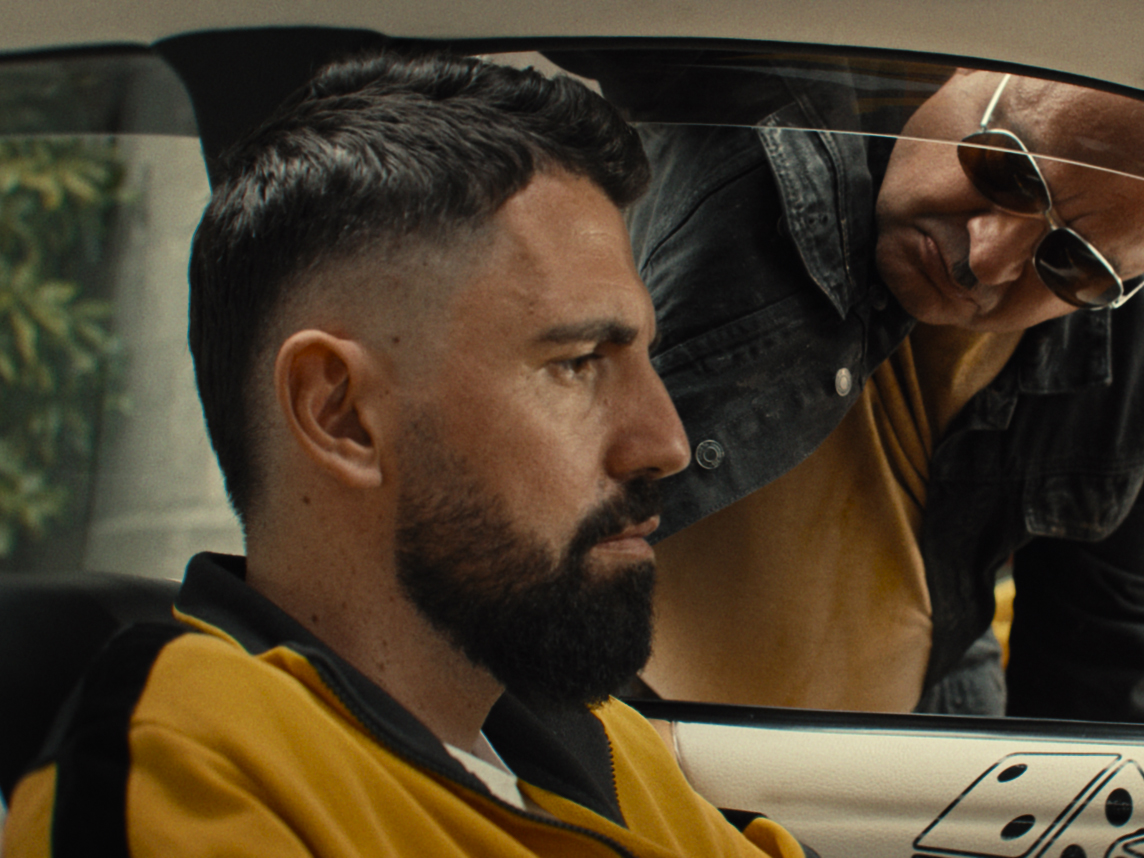 We caught up with Dimitri this week and asked him to talk us through ten of the hottest tracks from the soundtrack of the high-octane movie.

The playlist features loads of classic dance music from the likes of Energy 52 by Café Del Mar and Push by Universal Nation.

Listen below and read what Dimitri had to say about the selection.

Probably one of my all-time favorite tracks of all time and one of the very first vinyls I ever bought when I first started out in the early 90’s. It’s been part of my sets for the past 25 years, and we recently even did a 2022 rework on this one for our Ushuaïa Ibiza Residency.

Another timeless record – we picked this one for the most emotional scene of the movie – a scene I put a lot of my grief and emotions in after losing my father e few days before the movie was initially supposed to start shooting.

Sandstorm became a meme when it became the standard answer for when someone asked the song name under a video or post – but it’s also one of the most legendary tracks of its time… it matched the energy of the movie so well we even used it for the trailer.

We came up for this song choice while shooting the actual scene… the director asked me if I had a song in mind that could work – and somehow, the ‘Till I Come’ hook immediately came to mind. Why that is exactly… you’ll just need to see the movie, as it’s one of the most bonkers sex scenes of all time, I think lol.

We just collaborated with The Age Of Love for a new version of the record, something that went down really well at Tomorrowland this year – it was also the perfect choice for the moody scene that brings our main character Noah to the situation that messes up everything for him and kicks the movie in the next gear.

Another all-time favorite of mine and one of the biggest Trance tracks to ever come out of Belgium – we had a lot of back and forth over what the perfect song was to conclude the movie with… and Push’ moody vibe won by a landslide.

We picked a lot of Belgian classics for the movie, and this is another one of those evergreen tracks that kicks off the movie.

Bonzai Records at its finest – the drive and bassline of this crazy anthem worked amazing for the biggest car chase sequence of the movie, through Antwerp’s pedestrian tunnel.

I made a playlist with about 50 rave classics, and director Jonas Govaerts immediately picked this one for the movie’s intro. Even though I originally wanted another track to open the movie – I had to agree with him this was just the perfect fit.

More Bonzai records heat from Belgium, we chose a lesser-known hard trance banger for this sequence. Its enormously fast melody pulls you in immediately and works really well for that moment in the movie