EDDIE HALL’S fight against Hafthor Bjornsson is OFF.

Strongman legend Hall has confirmed he has suffered a DETACHED BICEP with Bjornsson now looking for a new opponent.

Hafthor Bjornsson is looking for a new opponent after his fight against Eddie Hall was postponedCredit: Instagram @thorbjornsson 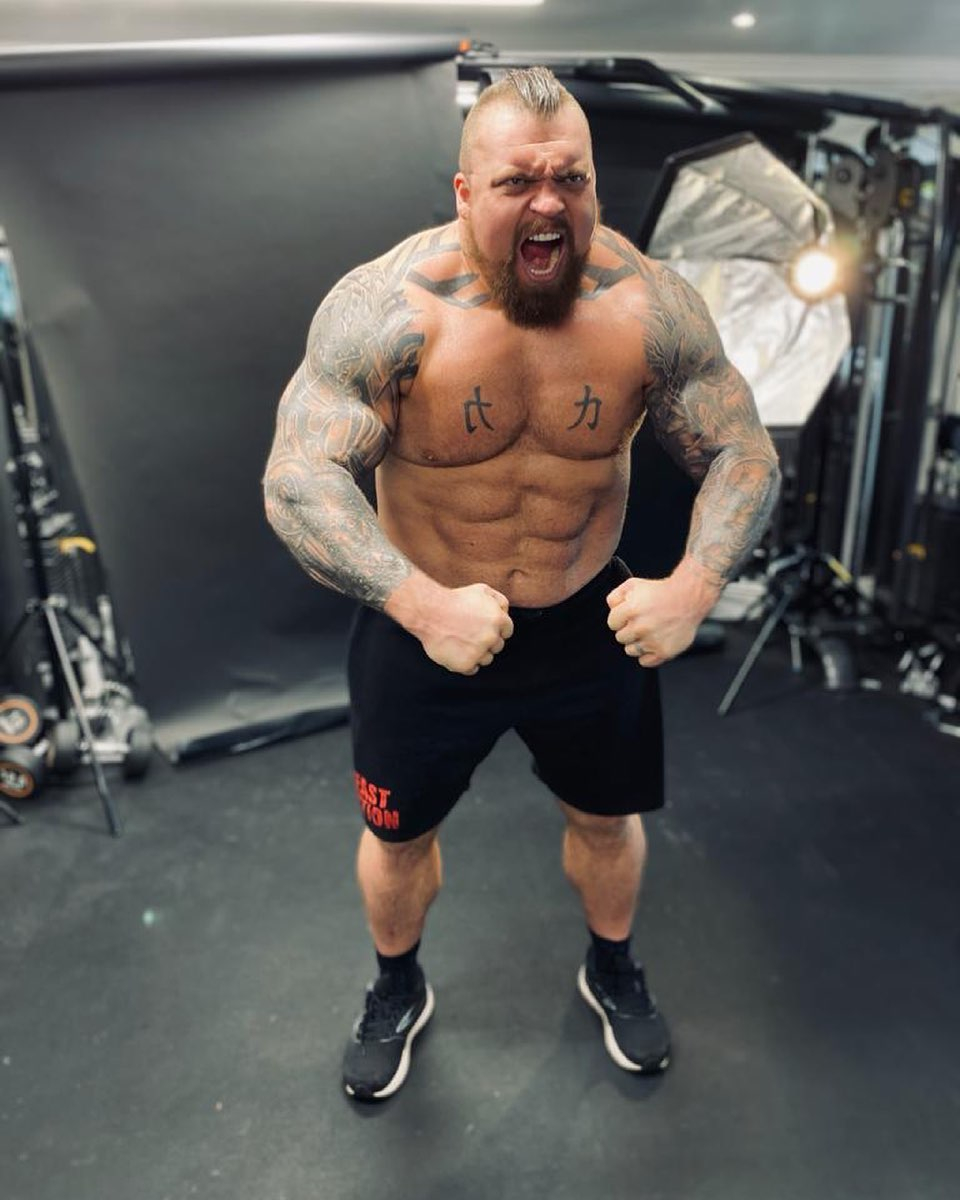 Strongman legend Hall has revealed he has suffered a DETACHED BICEPCredit: Instagram @eddiehallwsm

Brit Hall, 33, was due to face his strongman rival in September 18 in Florida, in a fight dubbed ‘The Heaviest Boxing Match in History’.

Hall shed a staggering 6st for the bout. But he has had to pull out.

Hall wrote on Instagram: “I’m so devastated to say I detached my bicep on Monday but Iv already got it reattached on Thursday AWAKE and recovery is going well.

A statement from MTK read: “Eddie Hall has suffered a serious injury during training, meaning his planned September showdown against strongman rival Thor Bjornsson has been put on temporary hold.

“But the rest of the card will go ahead as planned.

“Thor could also remain on the card against an opponent to be announced, with work currently ongoing behind the scenes to try and make this possible.

“CoreSports has also confirmed that anyone who purchased the PPV will see their purchase not only remain valid for when Hall vs. Thor is rescheduled, but they will also receive the original September 18 event for free.

“Fans who have purchased tickets for the event will soon be emailed by their point of purchase, where they are given the option to keep their tickets or apply for a refund.

“More information on the event in September, along with a new date for the showdown between Hall and Thor will be announced in due course.”

In a statement on Instagram, Bjornsson, 32, said: “Super disappointed but this is not in my hands.

“Next up is finding a new opponent so I can fight in September. I’m taking this extremely serious and I’ll be even more prepared. When Eddie is ready, I’ll be waiting.”

Hall was crowned the World’s Strongest Man in 2017, with Bjornsson – who won the title a year later – accusing The Beast of cheating.

But earlier this year, he posted a side-by-side picture which revealed he was down to 161kg (25st).

And he most recently confirmed he is down to 158kg, now at a lowest of 24st 8lb.

Joe Joyce vs Carlos Takam – Round by round