Figures from across the world of entertainment have been sharing their reaction to the hotly contested US Senate runoff elections in Georgia, where the Democrats look set to clinch victory.

Two Senate seats are up for grabs in these special run-offs, with overall control of the chamber for the next two years within the Democrats’ reach if they manage to win both elections and split the Senate 50-50.

Incoming Vice President Kamala Harris would then have the casting vote in the Senate, enabling President-elect Joe Biden to push through his agenda when he enters the White House on January 20. 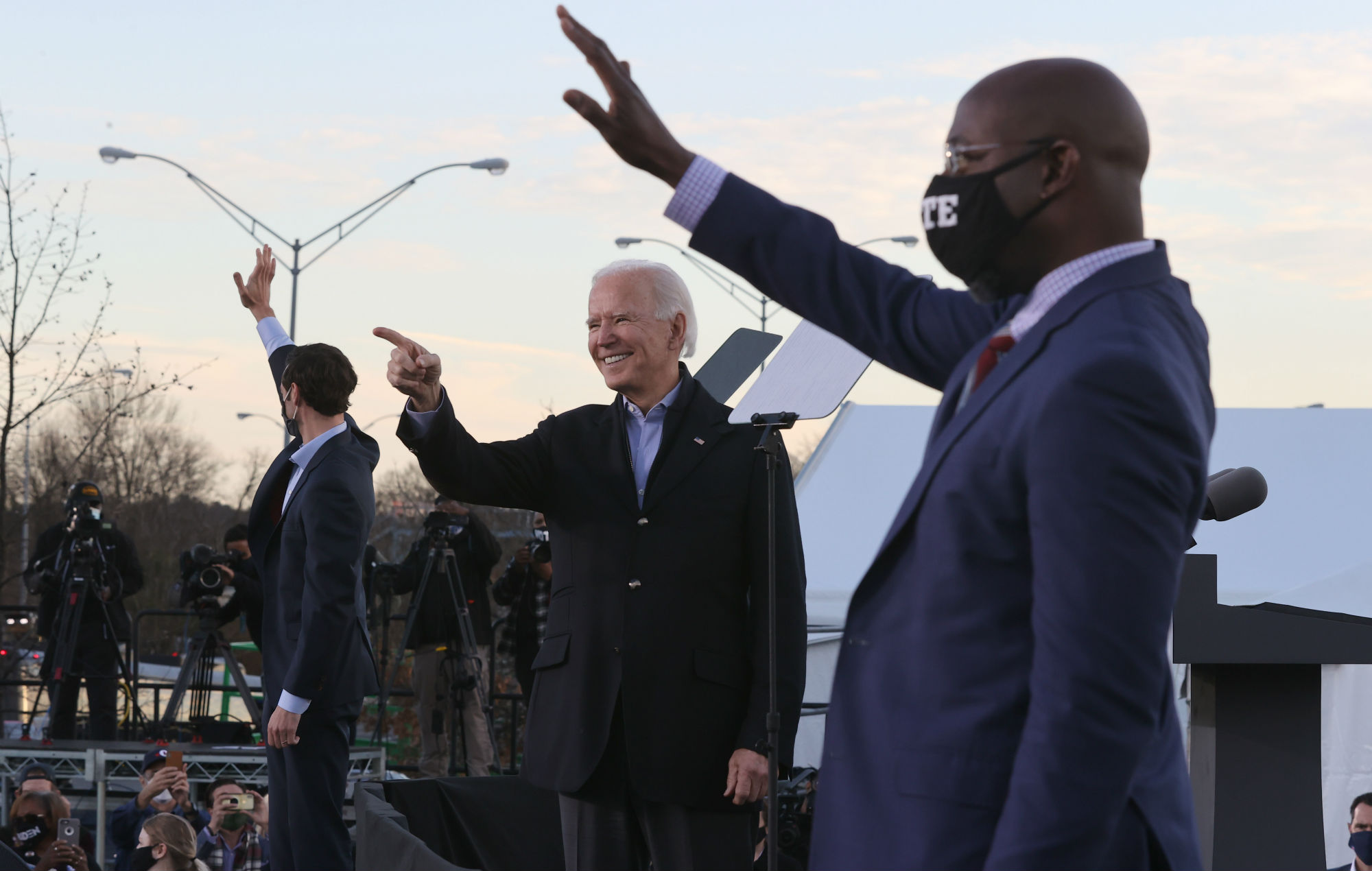 Democrat Raphael Warnock is currently projected to unseat his Republican rival Kelly Loeffler in the Senate special runoff, with 98% of the vote having been counted from Georgia’s 159 counties at the time of writing.

The general election runoff between Democrat Jon Ossoff and Republican David Perdue is tighter, although a number of media outlets have either put Ossoff in the lead or called the race in his favour. Georgia election official Gabriel Sterling told CNN yesterday (January 5) that the final results are expected by lunchtime local time today (about 17:00 GMT).

Democrats have not won a Senate race in Georgia in 20 years, but Biden’s victory in the state in November’s presidential election has boosted the party’s fortunes.

Warnock, who will become the first Black senator for the state of Georgia and only the 11th Black senator in US history if he is elected, claimed victory in the early hours of this morning (January 6) and paid tribute to his mother Verlene.

“The other day, because this is America, the 82-year-old hands that used to pick somebody else’s cotton picked her youngest son to be a United States senator,” he said. “Tonight, we proved with hope, hard work and the people by our side, anything is possible.”

Figures from the world of entertainment have been sharing their reaction to the Senate runoffs on social media, including the likes of Run The Jewels‘ Killer Mike, Will & Grace star Debra Messing and Westworld actor Jeffrey Wright.

Please. Don’t fuck it up, Dems.

Polls are closed, but if you’re already in line stay there. You will be able to vote. Bring it home Georgia‼️‼️‼️?

I can’t go to sleep. We rocked the nation in Georgia!!!!! Come on BB and Bobby!!! Let The Good Times Roll!!!!! #rolandmartinunfiltered https://t.co/m3iWnwoBiO

Wake him up right now and ask him! Livestream it. https://t.co/KPiHSKJp6j

Thank you isn’t enough but THANK YOU @staceyabrams @fairfightaction @NewGAProject @nseufot @BlackVotersMtr @GeorgiaDemocrat and every person on the ground in GA who made this happen. Forever in your debt. ❤️?

Think I’m gone put together an ownership group for the The Dream. Whose in? #BlackVotesMatter✊? pic.twitter.com/9wclgdED2w

brace yourself, we’re going to see a piece of artwork that has MF DOOM, kobe, rbg, and john lewis looking down lovingly at stacey abrams.

Stacey Abrams deserves all the accolades for her success in Georgia, but hers is not the only name you should know—Nse Ufot, LaTosha Brown, Tameika Atkins, Helen Butler, Cliff Albright, Deborah Scott, & Rebecca DeHart were also at heart of this historic voter registration effort.