Glastonbury 2022: Wolf Alice share relief after making it to festival

Singer Ellie choked up during the performance (Picture: Getty Images)

Wolf Alice have shared their huge relief after they finally made it to Glastonbury 2022 – having feared they wouldn’t arrive in time.

This week, the English rock band were caught up in a nightmare situation ahead of their Friday set at the festival, revealing online that they were stuck in Los Angeles following a last-minute flight cancellation.

Having begged for a private plane to be arranged, they eventually landed in the UK just in time, and as they took to the stage, it was clear the emotional situation was still raw.

Addressing the crowd, guitarist Joff Oddie told them: ‘We almost didn’t make it, but we’re so glad we did.’

Meanwhile, singer Ellie Rowsell became choked up while singing The Last Man on Earth, from their 2021 studio album Blue Weekend, emphasising how ‘emotional’ they were feeling. 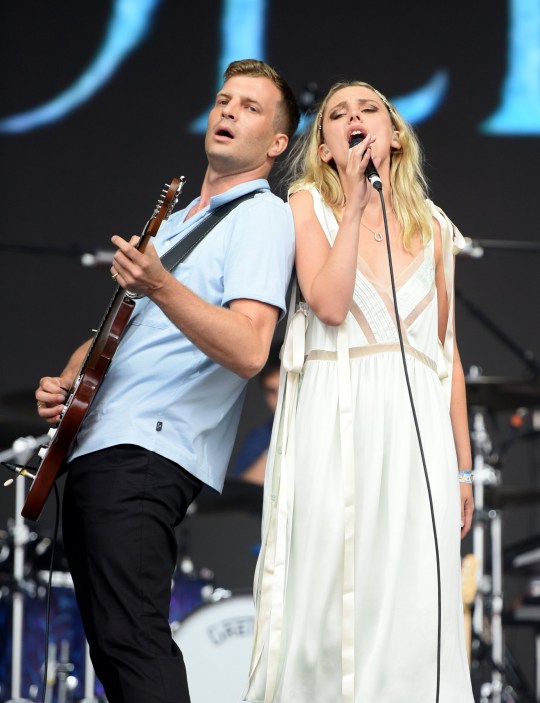 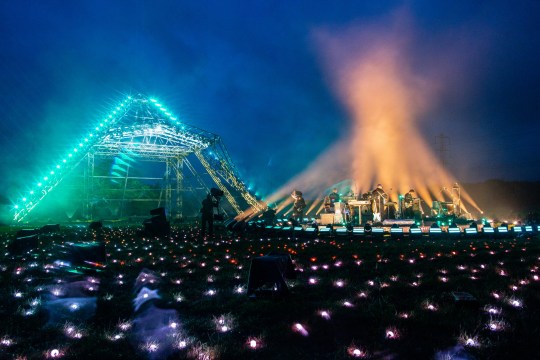 Wolf Alice would have been devastated to miss their set on the iconic Pyramid Stage (Picture: Anna Barclay for Glastonbury Fes)

Several fans expressed how happy they were that the band weren’t forced to miss out on their Glastonbury set, with one tweeting: ‘Wolf Alice at Glastonbury, I just transcended.’

‘You would never know they went through hell literally right before just to get on to that stage, KUDOS,’ another wrote, full of praise for the group.

Someone else stressed just how much the band had to deal with to make their performance a reality, saying: ‘Despite being lowballed on their slot, being jet lagged after getting stuck in LA, and possibly some sound desk issues that weren’t what the band would have wanted, @wolfalicemusic smashed their Pyramid slot.’

‘I fear I may never recover from Wolf Alice at Glasto,’ someone else wrote. 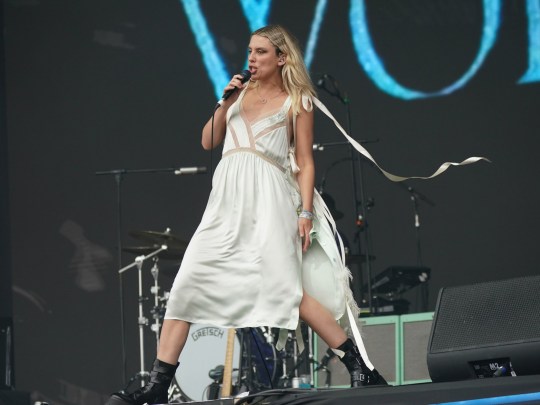 This year marks the first time in three years that Glastonbury after being cancelled twice due to the Covid pandemic.

Despite thousands descending on Worthy Farm for the festivities, it hasn’t gone without a few speed bumps, in addition to Wolf Alice’s hellish journey to get there in time.

Chemical Brothers were forced to pull out of their set hours before, with Tom Rowlands requiring more time to recover after testing positive for Covid.

‘We are very sorry to announce that we won’t be DJing at Arcadia this evening at Glastonbury,’ the pair began in a statement on Twitter.

‘We were so excited to be back in the fields and to celebrate the return of the festival, as we were to be playing in Cork on Thursday night. We were hoping that more days of rest would allow Tom to recover from Covid, this hasn’t so far been the case.’