Even in the middle of his huge set, Sir Paul had fans’ safety at the forefront of his mind (Picture: Getty/Reuters/PA)

Veteran rocker Sir Paul McCartney halted his much-awaited set on the Glastonbury Festival Pyramid Stage last night to check on someone in the audience.

The legendary singer made history this weekend as he became the oldest solo headliner to perform at Worthy Farm.

The 80-year-old musician arrived at the Pyramid Stage at 9.30pm (though, much to the fury of fans watching at home, his show on the BBC didn’t air until half 10) opening his set with a rendition of The Beatles’ classic Can’t Buy Me Love.

‘It’s so good to be here,’ he told the thrilled crowd. ‘We were supposed to be doing this three years ago.’

Sir Paul last graced the same stage in 2004. However, safety came first for The Beatles icon as the set went on, as he paused his tribute to Jimi Hendrix to make sure that a festival-goer was okay, given that the stage was packed with eager fans.

‘The crowd were going wild for Paul as soon as he stepped on stage,’ a source told The Mirror. 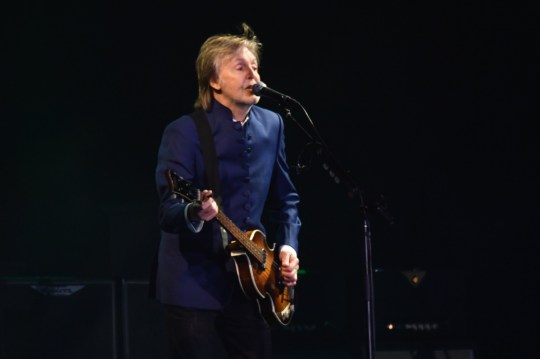 ‘He was in the middle of his tribute to Jimi Hendrix when he stopped to check on someone in the crowd.’

During his performance, the music video for his 2012 track My Valentine, starring Johnny Depp was also shown to the thousands of people in the audience.

Natalie Portman and Pirates of the Caribbean star Depp both starred in the black-and-white music video, using their own version of sign language (which was criticised at the time of its release) to interpret the lyrics.

Depp, 59, who is a musician as well as an actor, also played guitar in his version of the song. 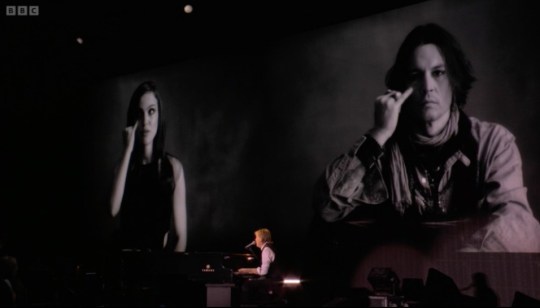 Both Johnny Depp and Natalie Portman starred in the music video for Sir Paul’s My Valentine (Picture: BBC)

This isn’t the first time as of late that Sir Paul has featured the video starring Depp during his live performances.

Earlier this year, Sir Paul projected images of the Edward Scissorhands star during his tour, while the actor’s libel trial against his ex-wife Amber Heard was ongoing.

Metro.co.uk understands the clip has been in Sir Paul’s live set for over 10 years. 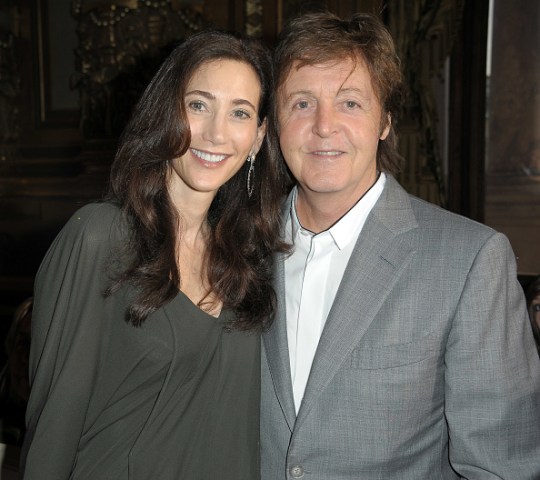 Sir Paul dedicated his performance of My Valentine to his wife Nancy (Picture: Dominique Charriau/WireImage)

Prior to his performance of My Valentine, the musician dedicated the tune to his wife Nancy Shevell, who was in the audience.

‘[This] is one I wrote for my wife Nancy, she’s in the audience tonight with us, this one’s for you Nanc,’ he said.

The teen superstar said she was thrilled to be in the line-up alongside the legend, adding that she was ‘raised by the Beatles’.