How many children does Usain Bolt have, and what are their names?

USAIN Bolt may be known as the world’s fastest man – but he is also a family man as well.

The Jamaican sprinter took to Instagram in June to upload an adorable snap of his growing family, but how many children does he have in total? Here we explain the latest.

The Olympic Sprinter now has an ever-growing familyCredit: Getty

How many kids does have Usain Bolt have?

The loved up couple have been dating for six years.

Kasi is an entrepreneur and a philanthropist and a Jamaican native.

She is currently the Managing Director at Elevate Marketing House LTD which is a marketing and business development agency.

She is also the founder of Project Kase, a non-profit aimed at supporting the development of Jamaica’s children.

She gave birth to Usain’s first child Olympia in June 2020.

Who are Usain Bolt’s children?

Olympia Lightning Bolt was born in May 2020, and her name was announced publicly two months later.

Before her birth, Bolt had kept followers updated of Bennett’s pregnancy on his social media and said he was hoping for a daughter.

In July, Sprinter shared a clip of him and his 1-year-old online, that was filmed by his girlfriend Bennett.

It was captioned: “My favourite video of Oly and Daddy.

“The absolute best Daddy, we love you to the moon and back @UsainBolt.”

Another picture, posted by Bolt, showed Olympia donning a pair of black sunglasses next to her famous father.

It read: “Olympia fly like her dad or did she get it from her Mom?” 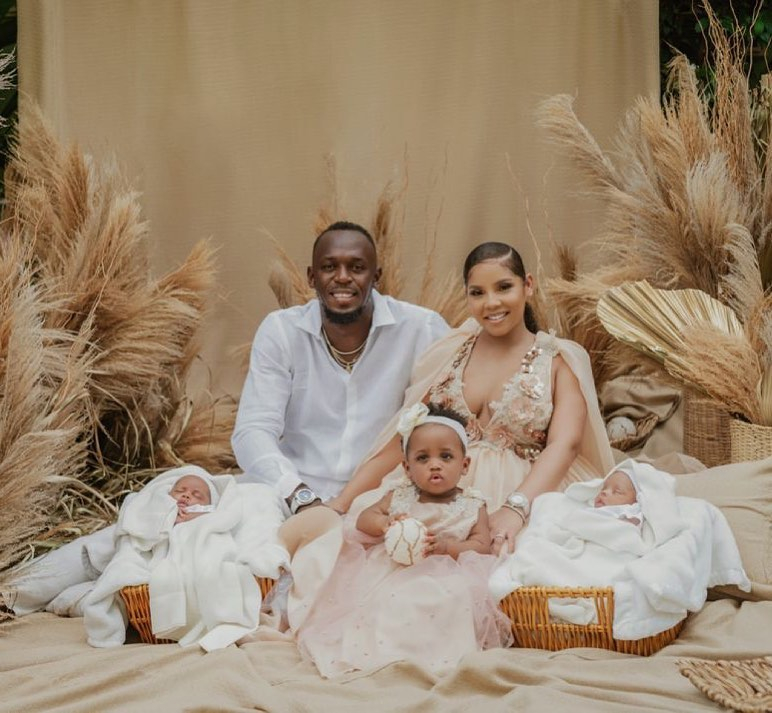 On June 20, 2021, Usain Bolt revealed that he and his partner Kasi had welcomed twins to the world.

Promoting another play on the sprinter’s iconic surname, the duo were named Saint Leo Bolt and Thunder Bolt.

The couple did not say when exactly the twins were born.

Bennett also uploaded a snap on social media of the happy family alongside the caption: “Happy Father’s Day to my forever love.

“You are the rock of this family and the greatest daddy to our little ones. We love you world without end!”