I had to choose between drink and making the best album we’ve ever done, says Royal Blood’s Mike Kerr

FOR their third album Brighton duo Royal Blood “brought the tour bus party to the record” changing their heavy rock to a more groove and disco-influenced sound.

But for singer and bassist ro it also marked the realisation that his own partying had to stop.

He had to kick the alcohol and drugs that were taking over his life.

Explaining how he chose his music instead of them, he says: “Two years ago, I had a moment of clarity, where I realised that to make this third album the best we’ve ever made meant it was one or the other.

“And that was a big enough wake-up call for me to change the way I was living.

“I was on something that was sinking and it was only getting worse. At what point do I jump off and save myself? 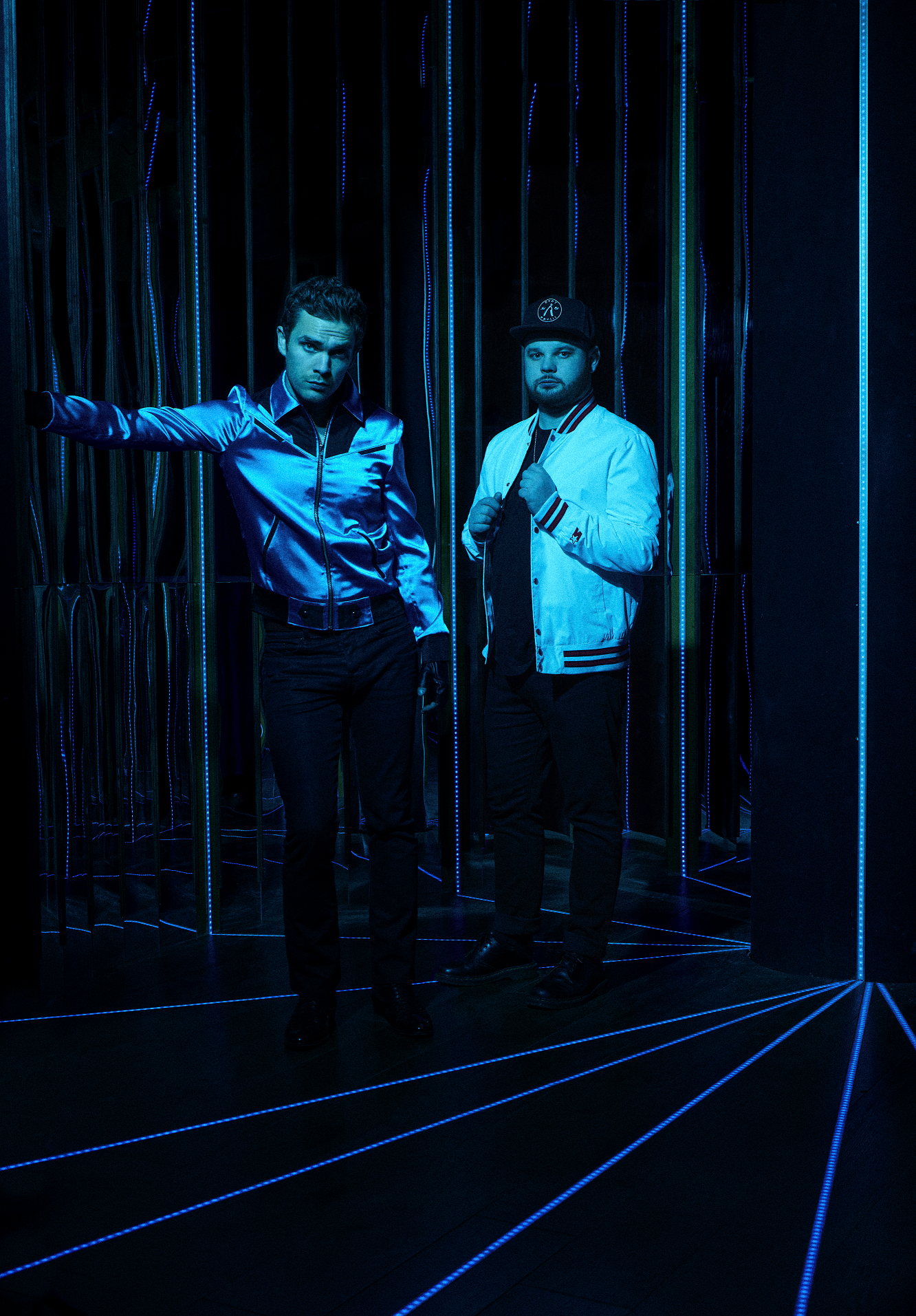 “I just saw into the future and knew I was going to do this now, rather than in six years when I was broken and hadn’t got anything left. I was slowly killing myself.

“I couldn’t eat McDonald’s if I wanted a six-pack. I couldn’t have both and so I decided to stop.”

And on the subject of six-packs, Kerr is looking trim.

As well as making a brilliant album — Typhoons is on course to be No1, outselling all the Top 5 albums together — Kerr says he is in the best shape physically, having replaced drink with a new addiction for endurance running.

“When you stop drinking, you’re faced with a lot of free time. So I’m running a lot and kite surfing. Like most frontmen, I’m a secret nerd and I really like card magic. Running was out of pure boredom.”

Kerr and drummer bandmate Ben Thatcher chat over Zoom from their respective homes in Brighton.

Friends since they were teenagers, Thatcher says he knew he had to be there for Kerr when he stopped drinking.

“I just supported what he wanted to do and was there with him through it,” says Thatcher.

“We didn’t know how the first lot of shows would be with Mike not drinking and me drinking. But we found a good ­balance.

“I’m just proud that he’s feeling great and has kept on his straight and narrow path. He feels great. Looks great — everything is better.”

It’s been four years since they put out their second album, the chart-topping How Did We Get So Dark? It’s a record Kerr admits they are “immensely proud of, but it wasn’t fun to make”. 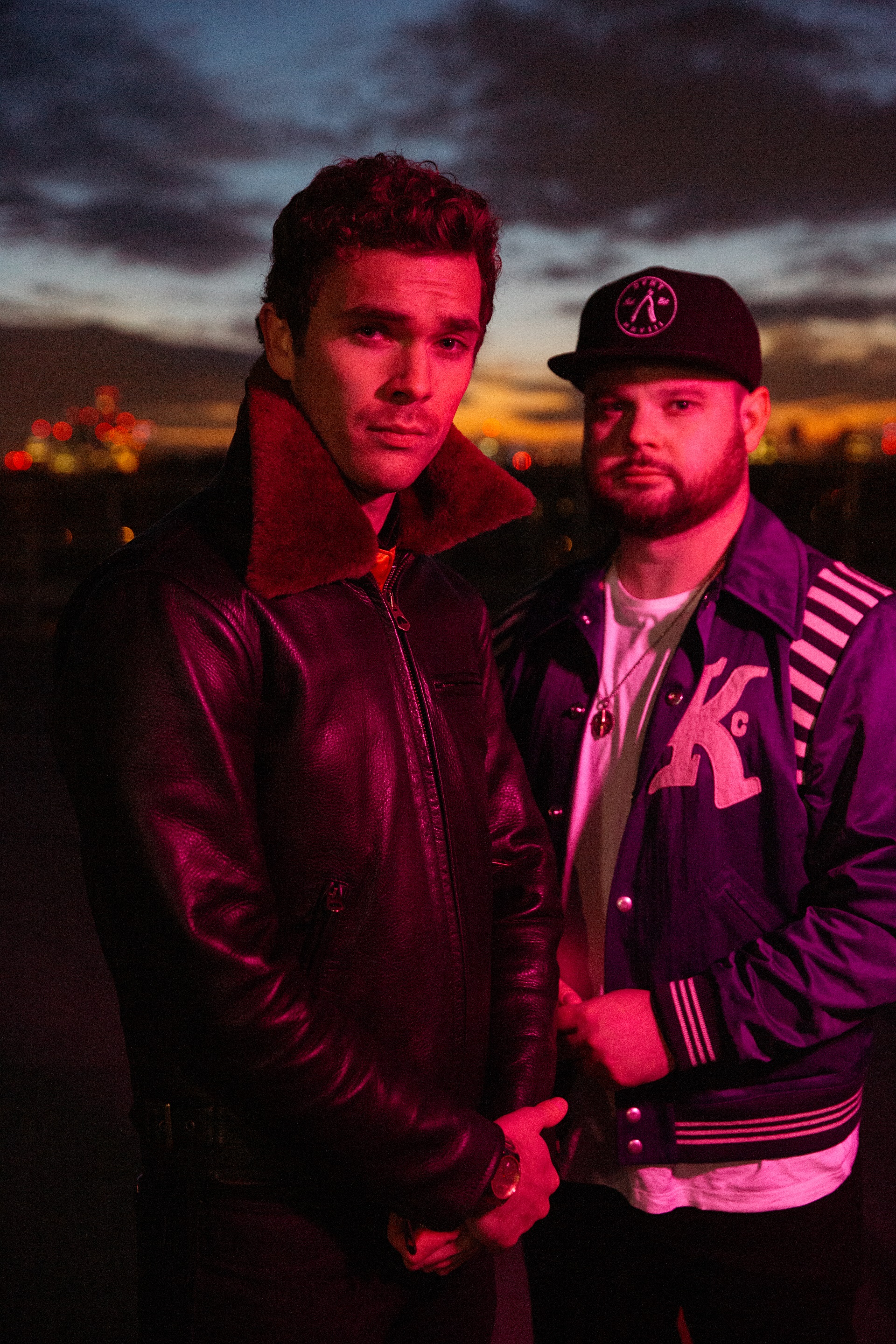 Mike Kerr, left, says he had to kick the alcohol and drugs that were taking over his life

He says: “It was the first time we’d been creative with a knife on our back, knowing that we were going to be subject to a lot of opinion.

“It was difficult as it was our first experience of that. And navigating our way through that making the record I think was pretty difficult looking back.”

So for Typhoons, it was like starting again for the duo, who are set to headline Portsmouth’s Victorious Festival in August.

Kerr says: “We would play our show, get on to the tour bus and have this party on the bus that would go all through the night until we got to the next town. 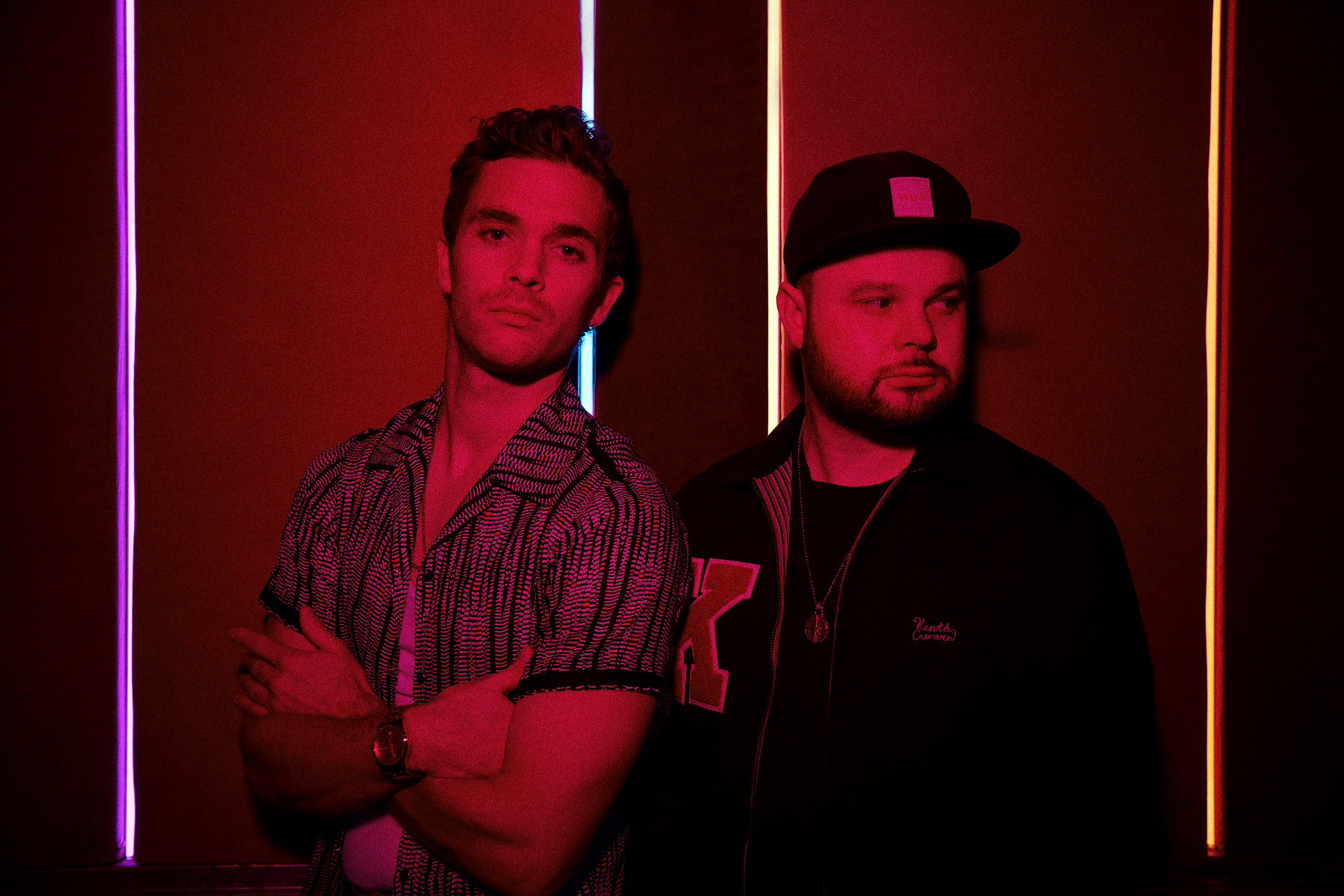 “We’d be listening to everything from Abba, the Bee Gees, Janet Jackson and James Brown. And our love of feel-good dance music has just infected its way back into our band.

“It feels like we’ve shaved off the beard. And, ironically, I’ve grown my beard back. So it’s been a nice transition into a new chapter for the band.”

Thatcher says: “Growing up, I was listening to pop music and rock came second. I was into songs more than genre and I grew up in a time where a lot of music was easily accessible through streaming.

“I didn’t spend all my money on one genre, and streaming opens you up to many different cultures and worlds of music, where you can take little things from everywhere.

‘BUMPED IT UP A LEVEL’

“It just came to be that our sound was a rock sound and we were writing rock songs at the beginning. But I would say a lot of our influences are not rock. Dance music has definitely come up on this latest record.”

The new sound for the band combined with the pandemic meant they had more time to work on their latest album.

Kerr explains: “For us, from a creative point, it was amazing because we were half way through an album that was no way near as good as it ended up.

“We scrapped half of the album and added five new songs. We really bumped it up a level.

“After lockdown, we just carried on writing songs with the security of knowing we had an album that was pretty good.

“This kind of security and nonchalance to the writing, in that period, resulted in some of the best songs we’ve ever written.”

Lead single Trouble’s Coming set the tone and a direction for the record.

“Then in the first lockdown, Typhoons and Limbo presented themselves,” says Kerr. 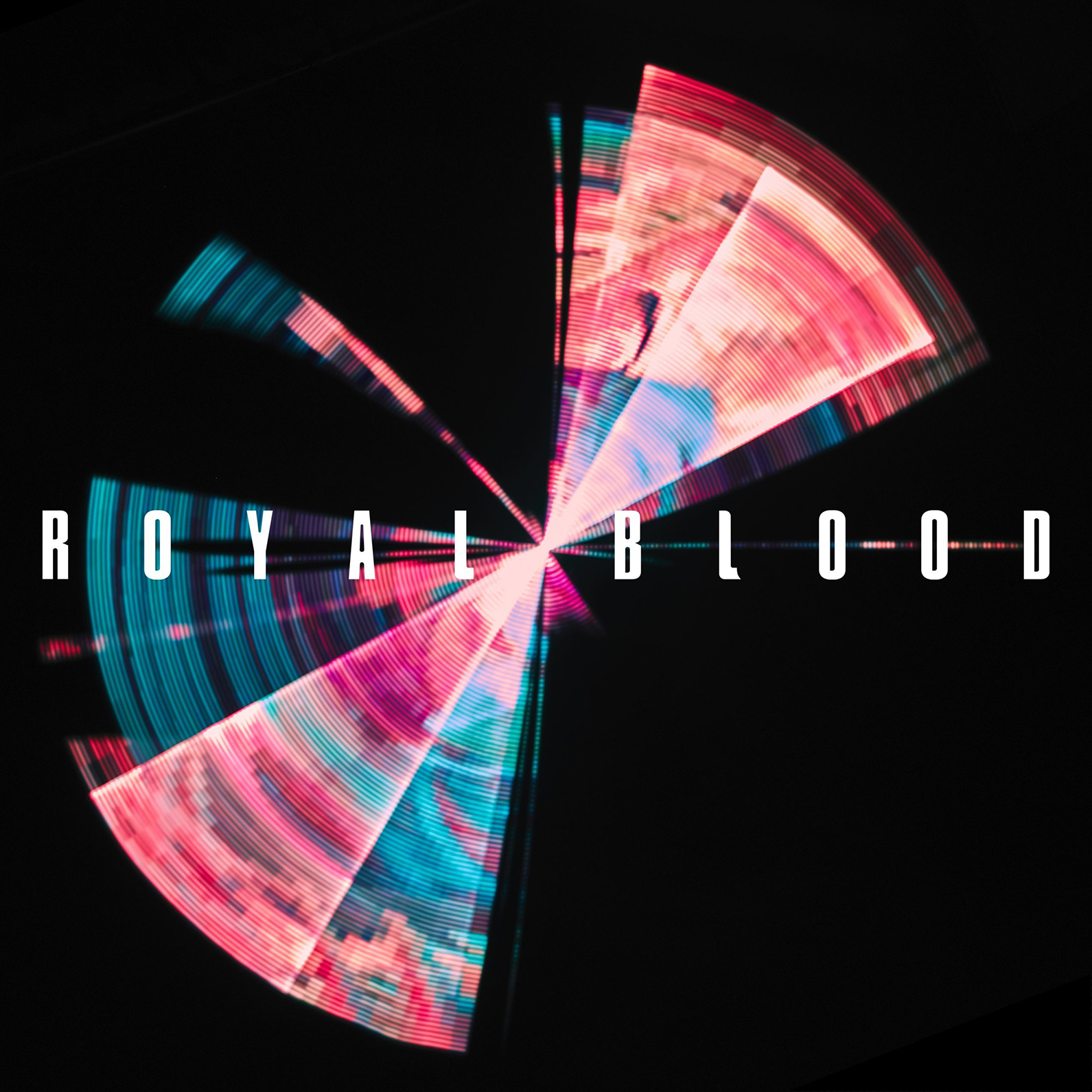 Typhoons is on course to be No1, outselling all the Top 5 albums together

“When those songs revealed themselves, it just seemed like a much bolder step into the world that we were envisaging. And from that point onwards we felt very comfortable in these glittery new shoes.

“This record is us stepping out of the way and allowing everything to make its way onto our songs.”

Typhoons is the first album the two have self-produced and Kerr says that “began out of necessity, making music in lockdown”.

He adds: “We began recording ourselves, thinking we were just making demos. And we got to the end of these demos and realised this was 90 per cent of a recording. 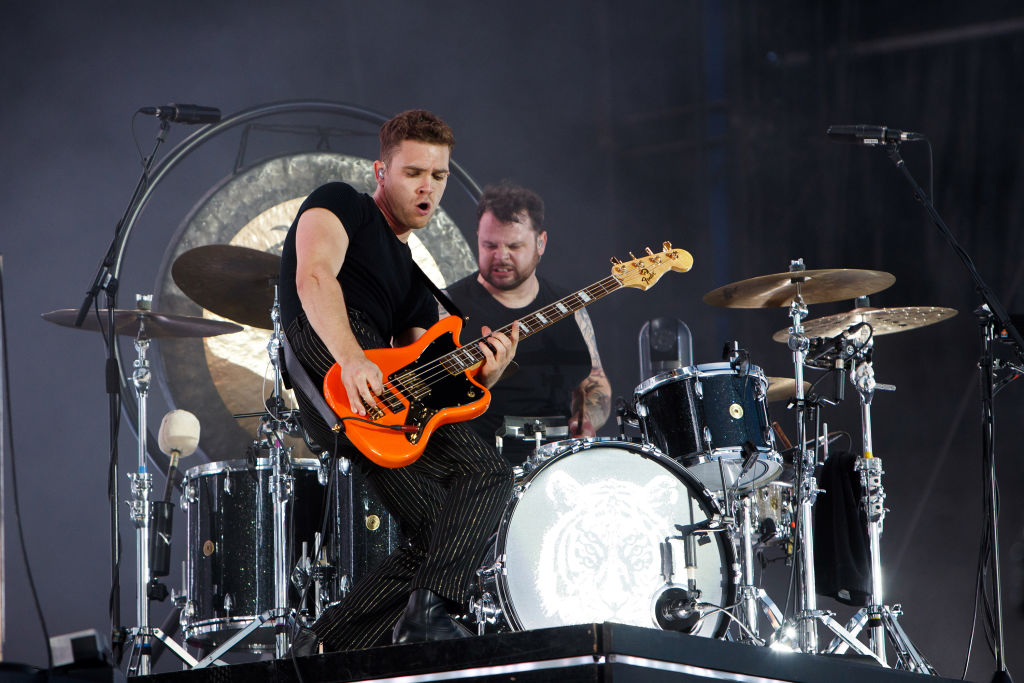 The new sound for the band combined with the pandemic meant they had more time to work on their latest albumCredit: Redferns

“So we just kept most of it and went in and patched what we needed to. So it was almost self-produced by default.”

For Thatcher, the album is also a mark of their friendship.

“We’ve always put our friendship first. Our musical connection was strong from the beginning and we have the same sense of humour,” he says.

“But through travelling together and making music and sharing the same journey, we’re closer than ever. Royal Blood has been an amazing experience for both of us.”

The synth and infectious swagger of Typhoons make the album a full-blown dance riot, and it’s no surprise when Kerr and Thatcher cite Daft Punk and Justice as influences.

“Being a band made up of a rhythm section, what we’re ­tuning into is the complexity of the grooves in the rhythms.

“When Justice and Daft Punk made their way on to our CD players, it was such a brilliant hybrid. It’s the first time rock musicians and rock lovers began tuning into dance music — it was a cross pollination of dance music and rock.

“But the Bee Gees are a massive influence for me personally, and Abba as well. I think there’s a real intelligence to their music.

We are just fans of songwriting, whatever that looks or sounds like

“Once you get past the fancy freeness of the vocals and the glitter and everything, when you look beneath the hood of it, they’re really technically accomplished songs.

“I was playing keyboards and making them sound like guitars in my early bands.

“I’ve always been obsessed with playing one instrument, but sounding like another. So I guess in this band, I’ve been making a bass sound like a guitar.

“And now I’ve made a bass sound like a keyboard. It’s working out how we would fit into it rather than doing an impression of anything.” 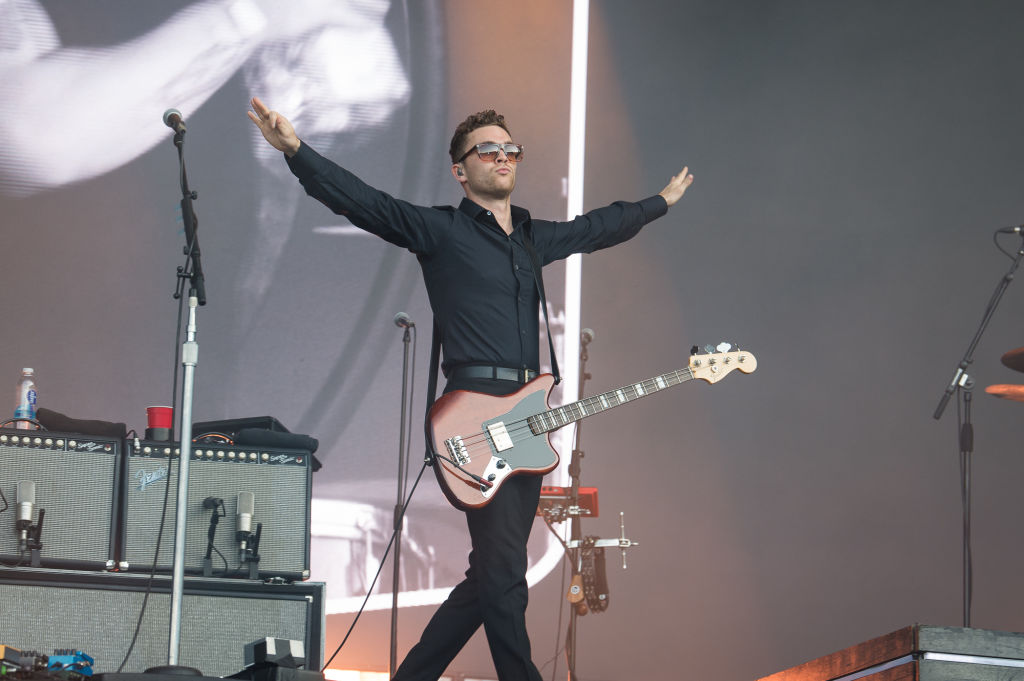 For new single ­Boilermaker, the pair got to work with hero Josh Homme from Queens Of The Stone Age. Homme produced the track — one of just two songs on the album not produced by Kerr and Thatcher.

“Those Queens records changed the way we thought about music. They’re masterclasses. They’re what you listen to if you want to get f***ing good at your instrument, you learn how to play those songs.

“So to be in the studio with Josh, we learned so much.” 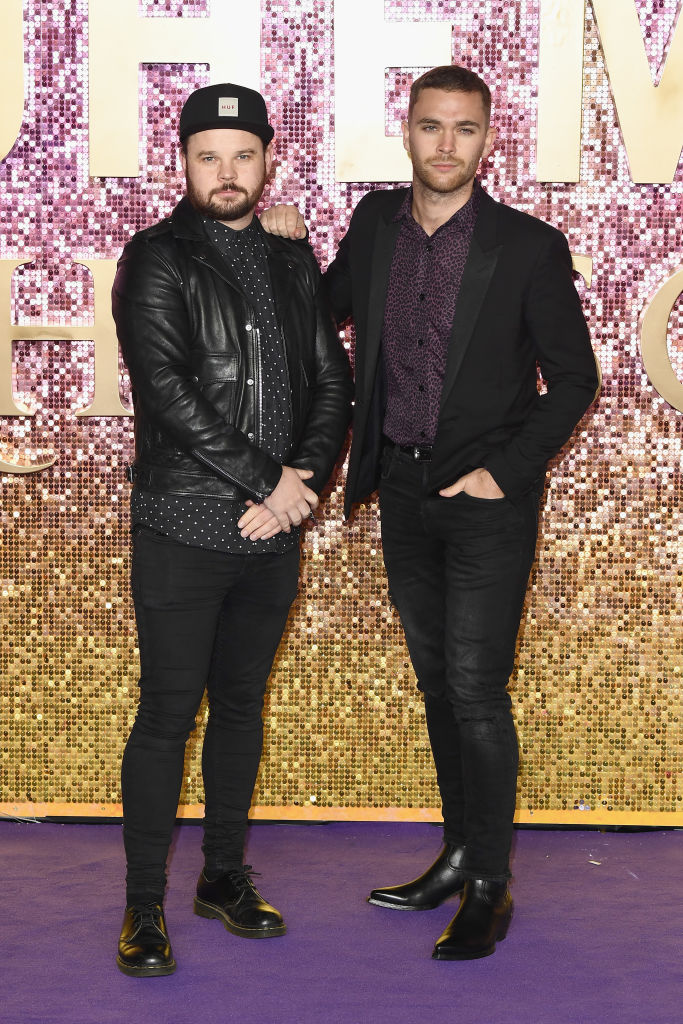 Closing the album is the stunning piano ballad All We Have Is Now. “No one was ever really meant to hear that song,” admits Kerr.

“It was just something I was playing on my own to be honest with you.

“And one late night in the studio, I plucked up the courage to play it for Ben. We didn’t even look at it until right at the end of putting the record together.

“We are just fans of songwriting, whatever that looks or sounds like. It was a song that we both really loved. And this is our album so we put it on.”

The song owes a lot to Kerr’s love of Elton John, who the frontman says he is “obsessed with”.

He says: “I went to see him play in Hove with my mum — we’re both massive Elton fans — and it was the best show I’ve ever been to.”

What was that like? “Oh, incredible. Amazing. He’s such an amazing guy,” gushes Kerr.

“We’d never spoken to him before, although I knew he was a fan and played our music on his show.

“He has an amazing story. He’s come out of a life of addiction and been so open about it and I really respect that.

“Even at that Hove gig, he was talking about it on stage and I was probably very recently sober at that point. So I have huge respect for everything he stands for.

“Drinking and drugs had really affected my mental health and it wasn’t until I was sober that I realised the low standards of living that I had accepted.

“It wasn’t until I experienced sobriety that I realised the high cost of low living.

“I know someone who had been sober for five years, but then started drinking again, and a year later they were begging outside of Tesco — they’d lost f***ing everything.

“So looking back now I’m so proud that I saved myself and we were able to make this album. It means so much.” 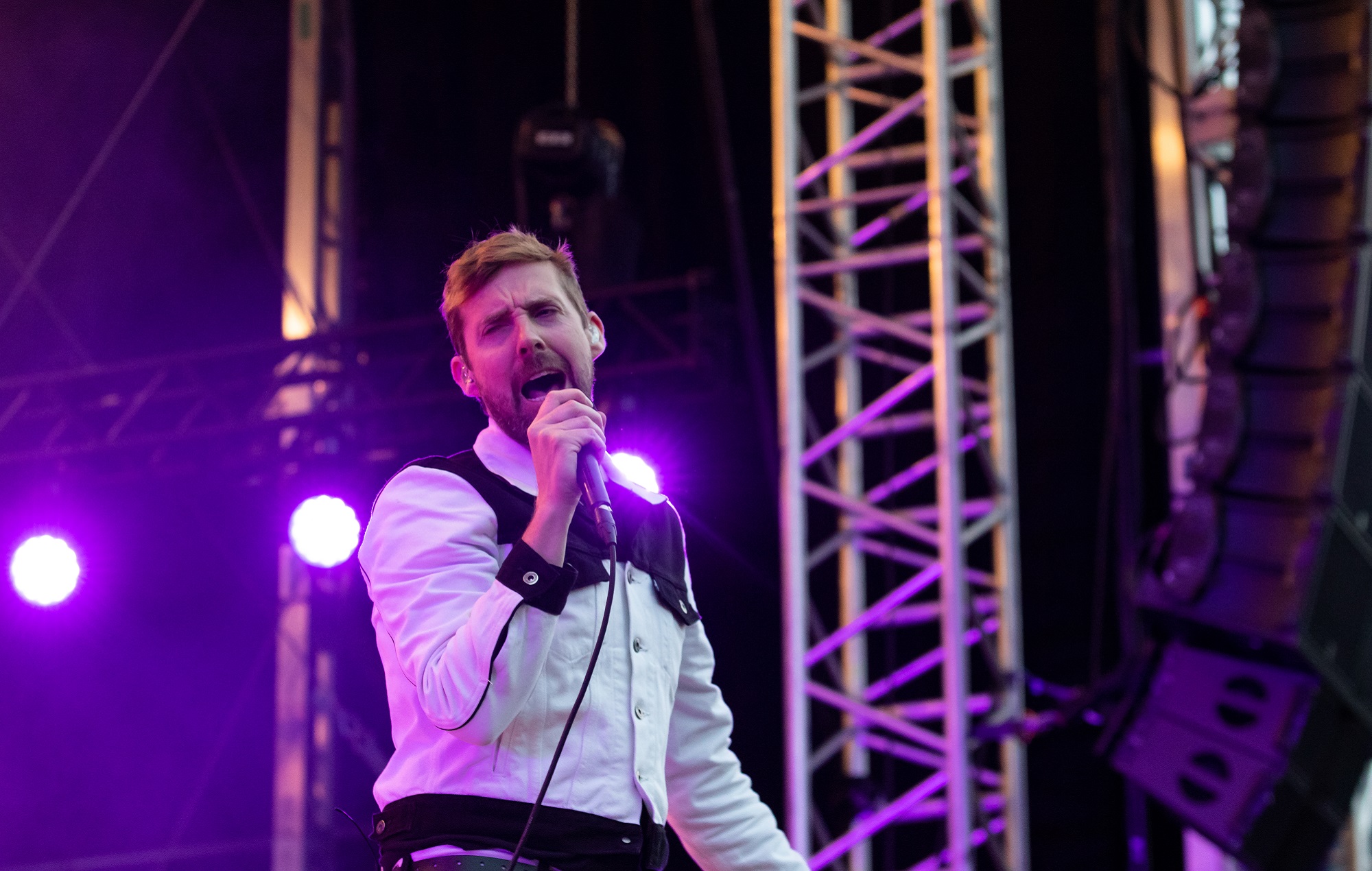