Inside the V&A’s new exhibition, ‘Hallyu! The Korean Wave’

A new exhibition exploring popular culture in South Korea and its global impact on creative industries including music, cinema, beauty and fashion will open at London’s V&A Museum on Saturday (September 24).

Hallyu! The Korean Wave will feature around 200 objects from outfits worn by K-pop groups ATEEZ and aespa to a recreation of the bathroom from Bong Joon-ho’s Oscar-winning movie Parasite. Digital displays and interactive installations will also take visitors deeper into the scenes the exhibition explores.

Curator Rosalie Kim began pitching the exhibition to the Victoria & Albert museum in 2019 after noticing that younger visitors coming to the museum’s Korean Gallery and comparing items to ones they had seen in K-dramas and films. “A lot of exhibitions on Korea across the world focus on the Joseon Dynasty or the Goryeo Dynasty, but not necessarily popular culture,” Kim told NME. “I thought that, with the V&A being a museum of art, design and performance, we would be in the best position to stage an exhibition.”

At the time, interest in Korean culture was growing but still “under the radar”. “If you were in the know, you knew, but if you weren’t, you didn’t necessarily know what Hallyu [a Korean word referring to the global popularity of the country’s culture] meant or what it involved,” Kim said. But, as Korean arts continued to make big strides internationally with the success of Parasite, BTS, and BLACKPINK, and with the recent addition of 26 Korean words to the Oxford English Dictionary, the curator felt the exhibition “was coming at the right time”.

The new display is split into four sections – one each dedicated to K-drama/movies, K-pop and beauty/fashion. The opening section, ‘From Rubble To Smartphones’, takes visitors into South Korea’s history, charting its rapid growth from a country decimated by war in the 1950s to the cultural and technological powerhouse of the modern day.

“I think a lot of visitors are wondering how all this started and why Korea,” Kim said of the decision to begin with this background information before the exhibition dives into its other strands. “Korea is where it is today because it’s gone through all of these phases – a colonial period, territorial division after which you have the Korean War, then under the trusteeship of the Americans. So the spheres of influence that Korea was under was quite an important one during the formation years of Korean history and culture in particular.”

The aim of the opening section is to “pull out trends that people might not necessarily know, but make bigger sense in the context of Korean history and society”, such as chaebols – or family-owned conglomerates, like Samsung and LG. “This exhibition is about Hallyu, but it’s also a way for us to have a better understanding of Korean society and the mechanics behind it,” Kim explained. 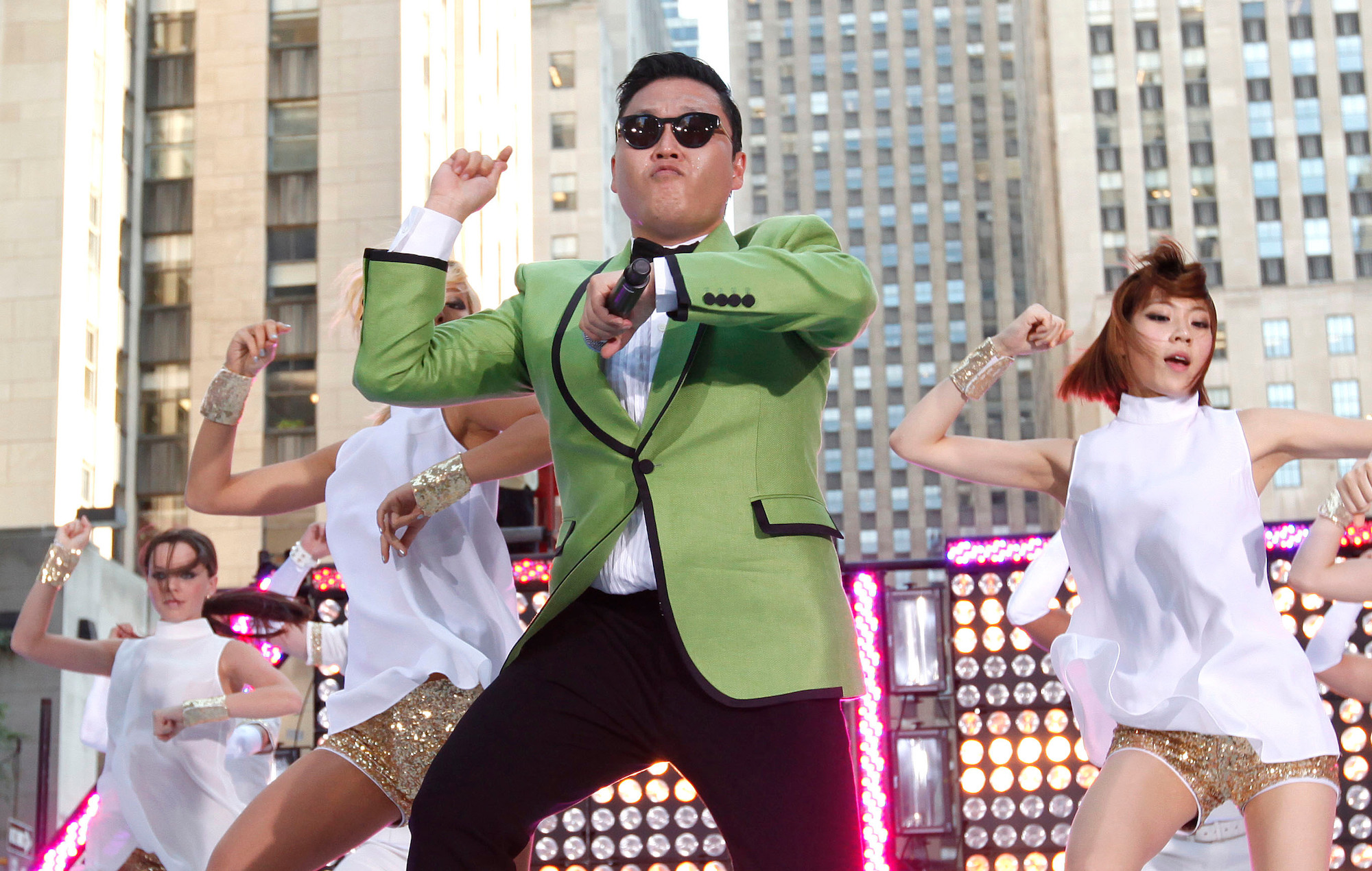 Before you get to that first section then, the very first thing you will see in the exhibition is a group of screens showcasing one of the biggest K-pop songs of all-time – PSY’s ‘Gangnam Style’. The main music video, which swiftly went viral upon release in 2012, will be shown on one screen, while parodies and cover versions play simultaneously on smaller screens surrounding it. Among them are clips of everyone from grannies to prisoners, students to NASA astronauts in space re-enacting PSY’s infamous dance moves.

“We wanted to have them all playing at the same time because we wanted to show how quickly the song went viral around the world and affected all corners, even beyond Earth,” Kim told NME. “It was a way for us to showcase that the song that started in Korea just ballooned, and how this built a community and put Korea on a global map of popular culture. The effect was more spectacular by having all these visuals submerge you because that was the effect of the song – it really wrapped around everybody at the time.”

In the ‘Global Groove’ section, the music of Korea will be showcased via music videos, listening stations, and an interactive dance installation. The latter will give visitors the chance to learn moves from a K-pop choreography, highlighting the growing fandom around the dance side of the scene evident in dance challenges and random play dance – online and in-person events where fans get together and perform choreography from an array of K-pop songs. 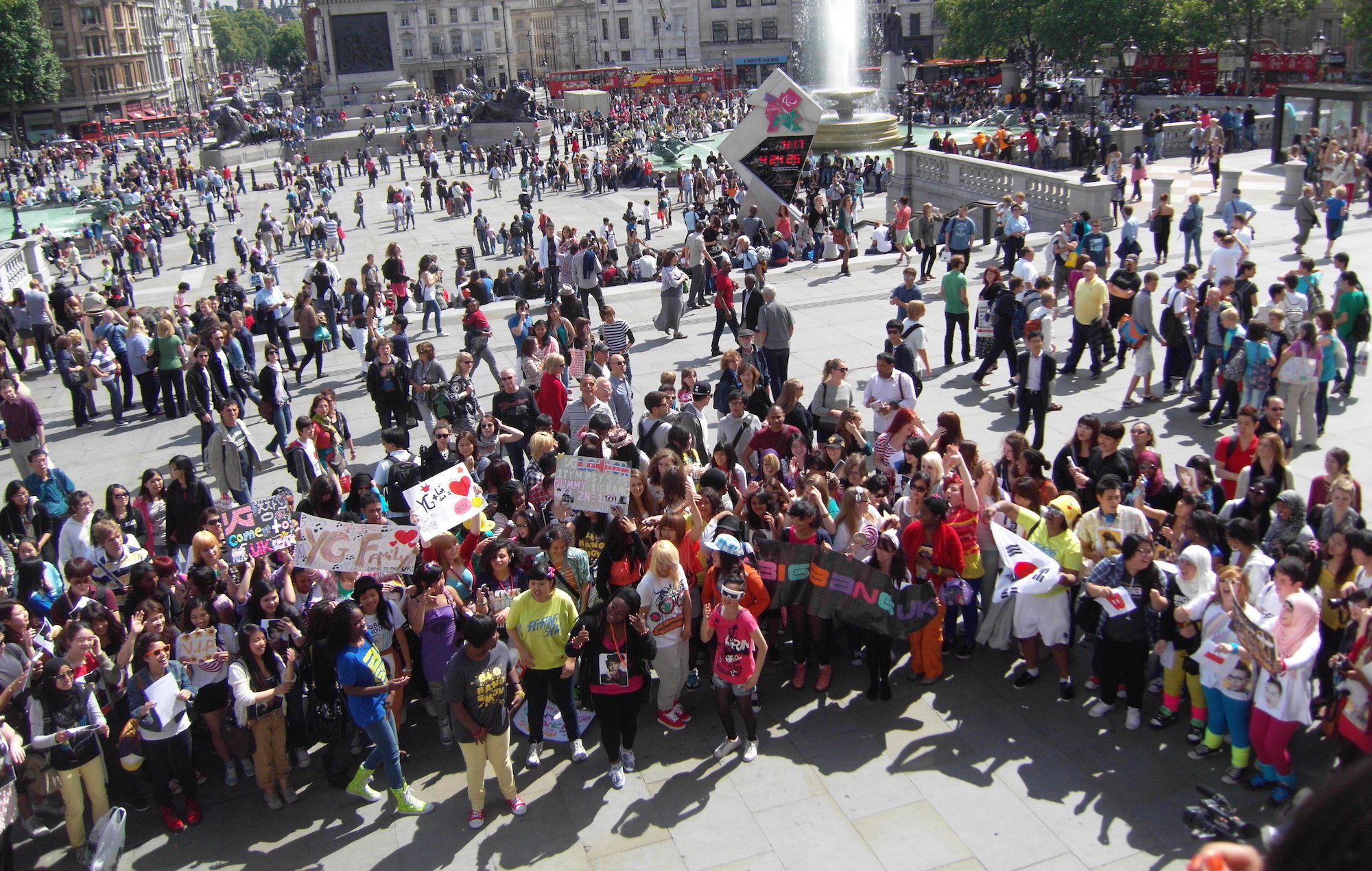 Outside of the visual aspect of K-pop, the importance of lyrics will be explored, showing the impact of top artists’ songs beyond their fandoms. Kim pointed to Girls’ Generation’s 2007 single ‘Into The New World’, which saw a resurgence after the impeachment of former president Park Geun-hye in 2017, and first-generation idol Seo Taiji’s ‘Regret Of The Times’, which changed censorship laws in South Korea.

“We knew that some of these lyrics had more power than just affecting fandoms – they actually also had an effect on the legal system. There were also other lyrics that talk about mental health, for example, and so these were subjects that would talk to many generations and people.”

Music in Korea doesn’t just centre around K-pop, though – something Hallyu! The Korean Wave also showcases through a listening station where visitors can sample other styles, from hip-hop to R&B, trot (a genre popular in the ’60s and ’70s, but has recently made a comeback) to traditional sounds. “We are showcasing the link [between modern and traditional],” Kim said.

“So we have ‘Daechwita’ [by Agust D, aka BTS’ Suga], for example, and we are looking at what the military march from the Joseon Dynasty were using as instruments and what it meant. So we have this instrument on display in the exhibition as well, and we’re giving the opportunity to hear what the original one sounds like and how it sounds in ‘Daechwita’.”

One of the challenges of putting together the exhibition was, Kim said, making it accessible for those who aren’t experts on Korean culture while making it interesting for fans “who sometimes know better than anybody else”. The solution, the team decided, was to “use Hallyu as a lens to dive into traditional cultural values that are not necessarily better known or to talk about contemporary issues in society in Korea today”. The results give fans a different perspective on their favourite culture, while giving newcomers a full introduction to the phenomenon. 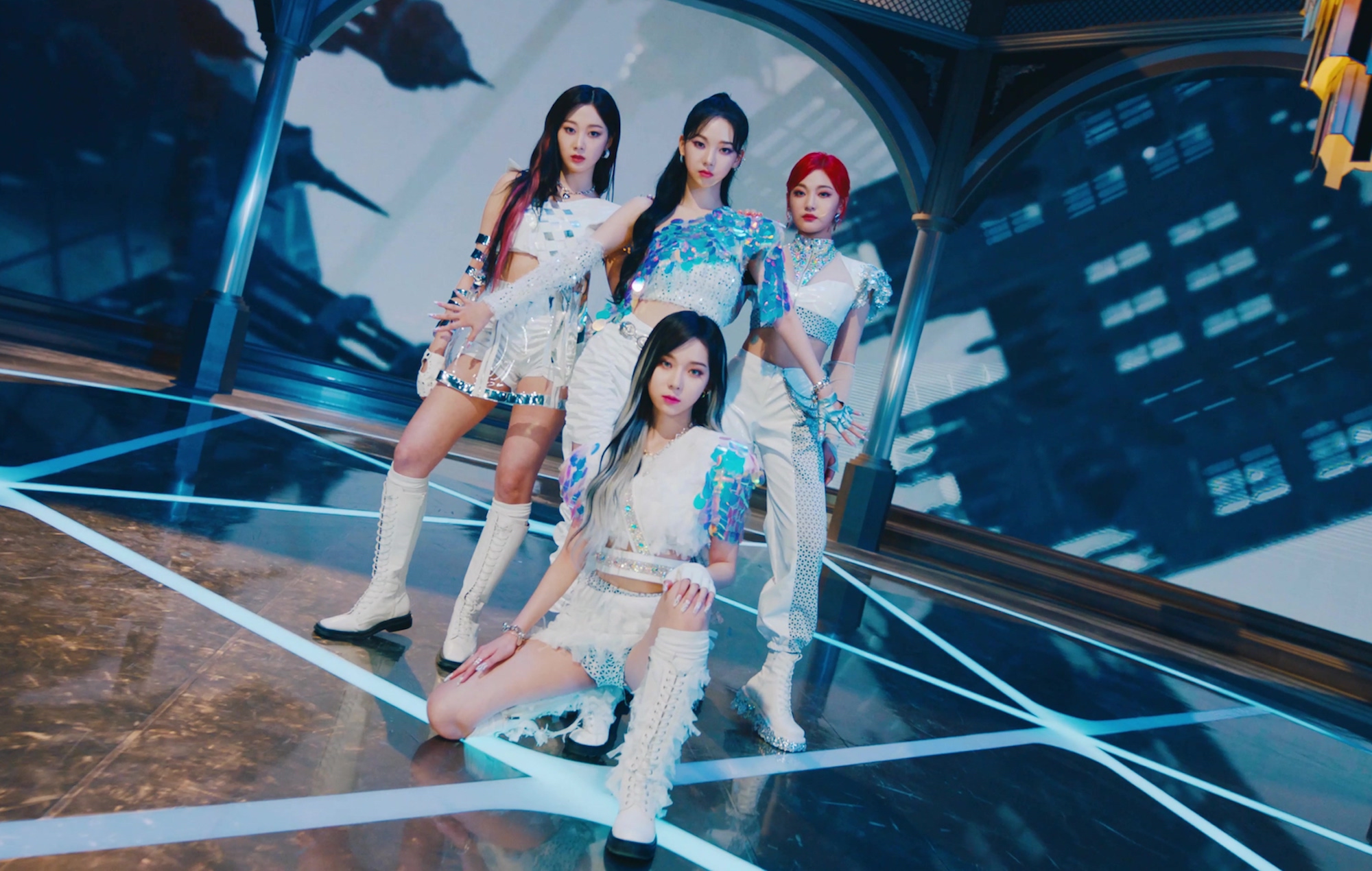 As well as the in-person exhibition, which will run at the V&A for nine months, Hallyu! The Korean Wave will also be complemented by a programme of online events, including workshops, talks, and activities suitable for children and families. More details on those events will be announced in due course.

For Kim, who is Korean but was born in Belgium, curating the exhibition has allowed her to showcase “part of my culture” that hasn’t always been widely accepted. “I still have a hard time understanding that I’m actually putting a show about Korea [on],” she said.

“When I was growing up, nobody had heard about Korea. You had these clichés of kids making fun of you for bringing sushi rolls to school for lunch and, now, kimbap [Korean rice rolls that look similar to sushi] and these foods are becoming quite fashionable. Korean language is something that is now becoming more common. It’s incredible to see that evolution in a short period of time, so it’s nice to be able to showcase my history.”

Hallyu! The Korean Wave will open at the V&A Museum in London on Saturday (September 24). Entry costs £20. For more information, visit the V&A website.