After Liz Truss walked out at the Conservative Party conference to the sound of Moving On Up, M People were left ‘livid’ by the use of their hit song.

But frontman Mike Pickering, who admitted plenty of musicians were living ‘in fear of those freaks using our music’, isn’t the only star to hit out at politicians for the use of their music.

Pickering said his lawyers told him that permission wasn’t needed to play the hit at the conference.

But that hasn’t stopped stars from Aerosmith and Adele to Primal Scream and The XX hitting up politicians over the years to let them know just how unhappy they are about having them associated with their music.

And that’s not even to mention Abba’s scathing response when it was claimed the Swedish band’s music was invoked during ‘party-gate’ last year.


The XX opposed the use of their song (Picture: Tabatha Fireman/Getty Images)

The XX were left fuming in 2010 when one of their songs was used at the Conservative Party conference.

Writing on Twitter, a representative from the London group’s record label, Young Turks, said: ‘Apparently David Cameron and the Tories used an XX song during their party conference.

‘The XX/Young Turks weren’t invited to any party, didn’t approve the use of their music at the party and certainly don’t approve of said party.’ 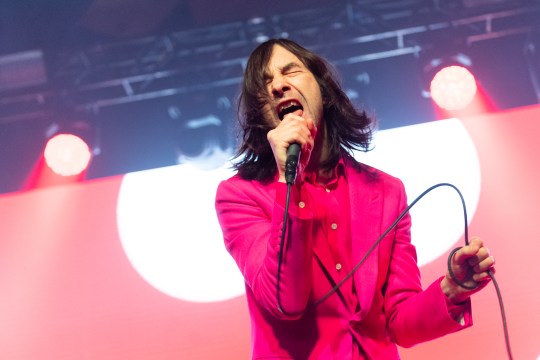 Primal Scream were fuming at their music being used (Picture: Roberto Ricciuti/Redferns)

Primal Scream hit out at the Conservative party in 2011 after their song Rocks was used at the annual conference when Theresa May walked off stage.

The Scottish group soon released a statement rubbishing the party and calling the use of their song ‘inappropriate’.

They said: ‘Primal Scream are totally disgusted that the Home Secretary Theresa May ended her speech at the Tory party conference with our song Rocks. How inappropriate. Didn’t they research the political history of our band?

‘Hasn’t she listened to the words? Does she even know what getting your rocks off means? No. She is a Tory; how could she?

It seems they’ve not forgotten it quickly, with Pickering now saying he got a message from frontman Bobby Gillespie, who was simply relieved it wasn’t his song this time. 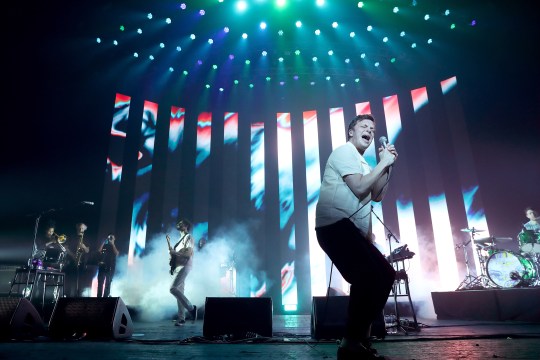 Taking to Twitter, they wrote: ‘We do not endorse the Conservative party’s use of our track Blue Cassette.

‘Our permission was not sought, and we have asked our management to make sure it isn’t used again.’

Expressing their dislike of the party in no uncertain terms, they went on to add: ‘If we’d have intended them to use it, we’d have named the track Blue Bunch Of Corrupt W**kers.’ 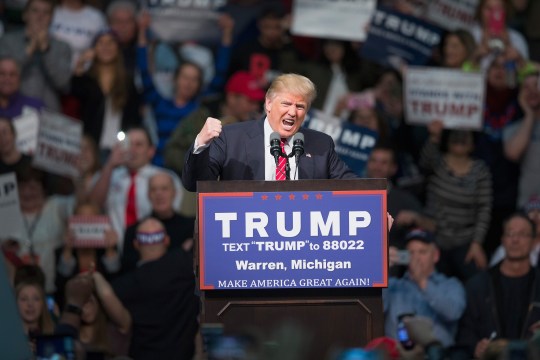 Donald Trump is perhaps the politician to have sparked the most fury with his use of songs at his frequent rallies.

Among the stars to have taken issue with his use of their music are:

Other artists to have opposed Trump’s use of their music include Pharrell Williams, Queen, Phil Collins, R.E.M, Rihanna, The Rolling Stones, Village People, Tom Petty, Panic! At The Disco, and The White Stripes. 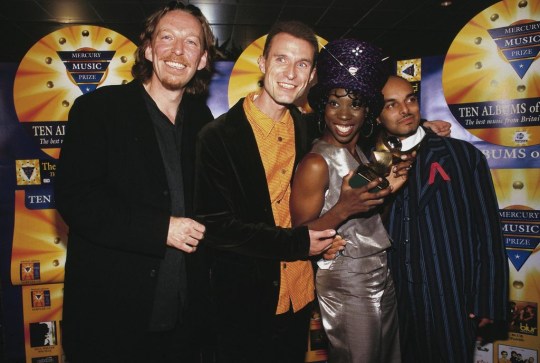 M People have spoken out about the use of their song Moving On Up (Picture: Patrick Ford/Redferns)

M People were left fuming over the use of their song Moving On Up, and urged Ms Truss to look closely at the lyrics.

Frontman Pickering said: ‘They (the band) are livid. Heather’s boy James is a Labour councillor. Hopefully most people will know that they have pirated it off us.’

With little faith in the current leader, he added: ‘She won’t be around to use it again for very long, I would imagine.’

Pickering continued: ‘I am absolutely gutted by it because they are killing the live touring of bands and artists. I am Mancunian and getting from Manchester to London these days is harder than getting on to continental Europe.’

The music star said the band had contacted their lawyers about the use of the song at the conference, but said they have been advised there was little that could be done.

‘And we just rang the lawyers and they went, “You can’t actually stop it. We can send a letter to cease and desist but you can’t do it”.’

Their lawyers allegedly told them that ‘they can play what they like,’ which Pickering thought was ‘a bit weird.’

Later speaking on LBC, Pickering revealed Bobby Gillespie, lead singer of Primal Scream, had admitted he was simply relieved it wasn’t his song being used.

‘We’re all in fear that these freaks are going to use our music,’ Pickering fumed.

He added: ‘It’s the worst government in my lifetime and my lifetime is quite long… I think they’re despicable.’