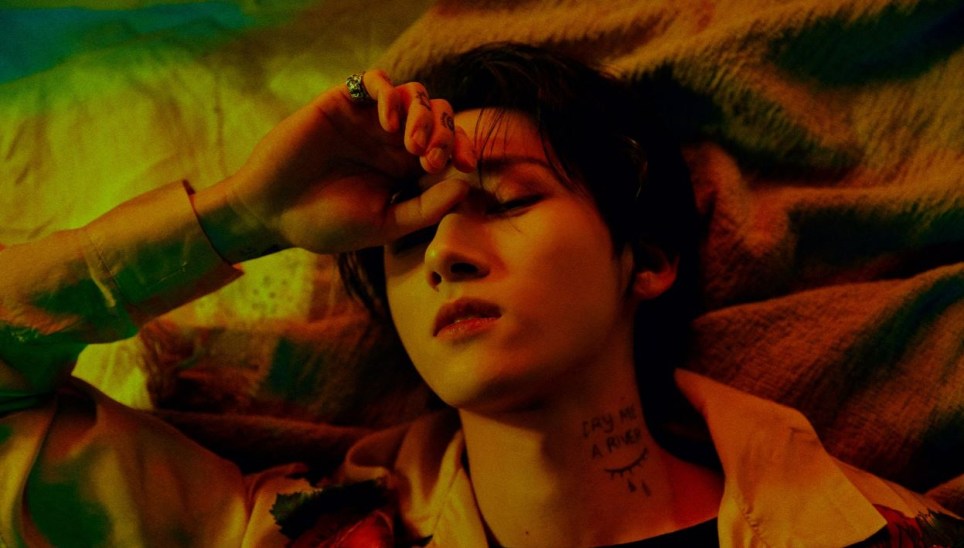 MONSTA X star I.M says he was inspired to make new music while going through a tough time’ personally.

The rapper, 25, is releasing his album Duality, a chill, trap-inspired five-track record best listened to on a long night time drive (or at least imagining one). He hopes it will reveal a different side to himself.

The title track God Damn, about ‘lying to yourself that you’ll be fine’, came from experience over the last year or so it took to make.

He told Metro.co.uk: ‘”God damn” is used in a bad way usually but it can be used in a good way, when you like something. It has a double meaning for me.

‘I put a lot of messages about my own situation inside that song, because I was having a very tough time at that time and I wanted to be good. I kept saying to myself, “you’re gonna be fine, god damn you’re gonna be fine”, something like this.

‘God Damn means a lot to me. The whole album is my baby and I made it, but God Damn, the lyrics describe me a lot. I feel like if you are with somebody and you feel like you’re the real you, I felt God Damn was like that.’ 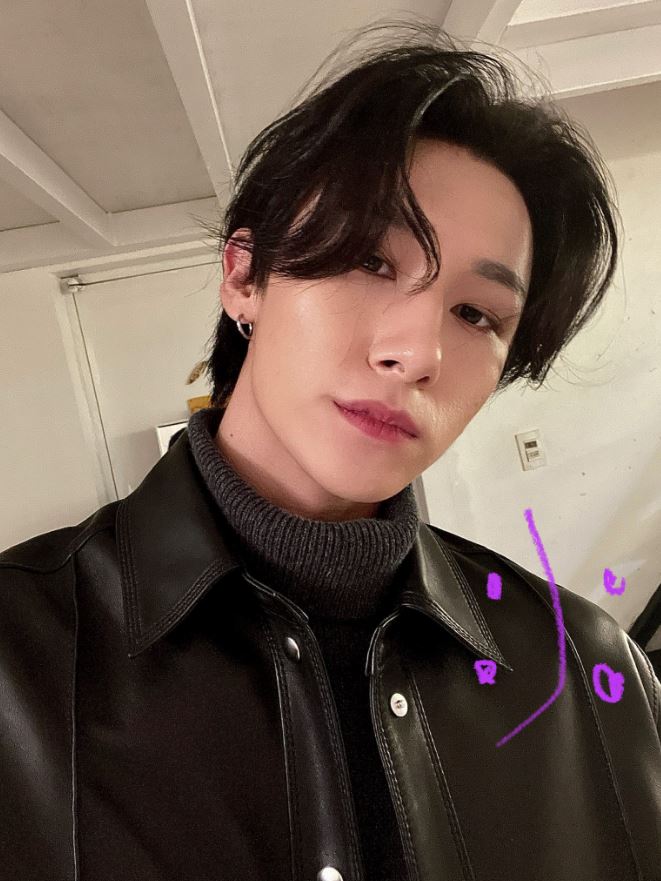 The rapper was ‘having a tough time’ around the time he made Duality (Picture: Twitter)

Asked what helped him overcome the difficulties he shared: ‘God Damn helped me. Lying to yourself that you’re good, you’re fine, someday you’ll be fine and time will figure it out – and it did.’

He landed on the album name Duality to reflect his many sides, ‘like a happy me, a sad me, a depressed me, a hype me.’

‘It is a totally different vibe from MONSTA X. If I’m working on my team album, I’m trying to match all the members’ personal colour. I try to match the view of the public. You can’t deny that. So I’m trying to balance all of this stuff.

‘But when I’m working on my own I can concentrate on myself, that’s the biggest difference.’ 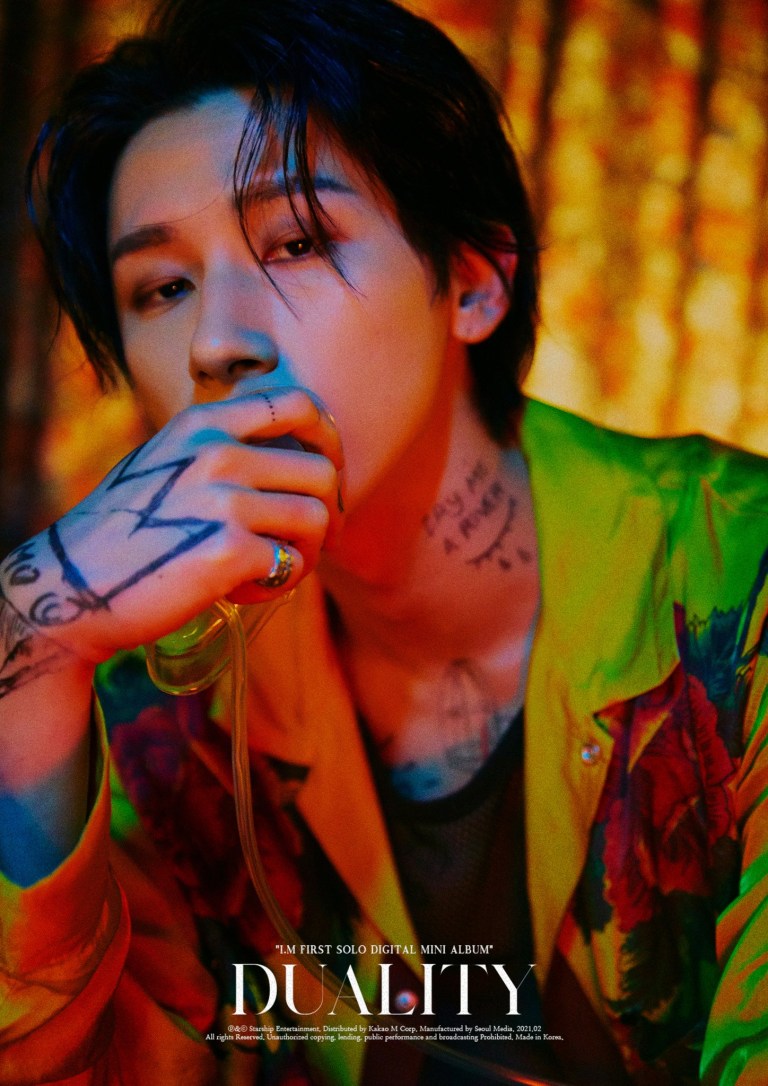 ‘I can concentrate on myself’ says the K-pop star (Picture: Starship Entertainment)

Fans used to hearing his gutteral rap style as part of the group may be surprised to hear that the snarling I.M of MONSTA X has given way to a mellow singer on the album, produced alongside his Coda Crew member Wooki.

The K-pop star confessed he had become ‘sick’ of rapping the same way and wanted to branch out.

‘When I’m working on my own music I feel comfortable when I sing-rap something, not like very intense rap, but using some rap skills with the bars and the vibe,’ I.M, real name Im Chang Kyun, explained.

‘I wanted to be comfortable and really calm.’

What do the other members of his group, who visited him on the set of the video for God Damn, make of this ‘calm’ side?

He told us: ‘Hyungwon and Jooheon have heard it. Hyungwon said it’s really good but it’s not mainstream music and I agree with that.

‘I don’t really care that it’s not mainstream, it’s just me. He was saying it’s really me. It was a compliment.’

‘Maybe after this album, something might come to me very naturally and I’ll grab that and make a new album.’ No doubt revealing another new side.

Duality is out February 19. 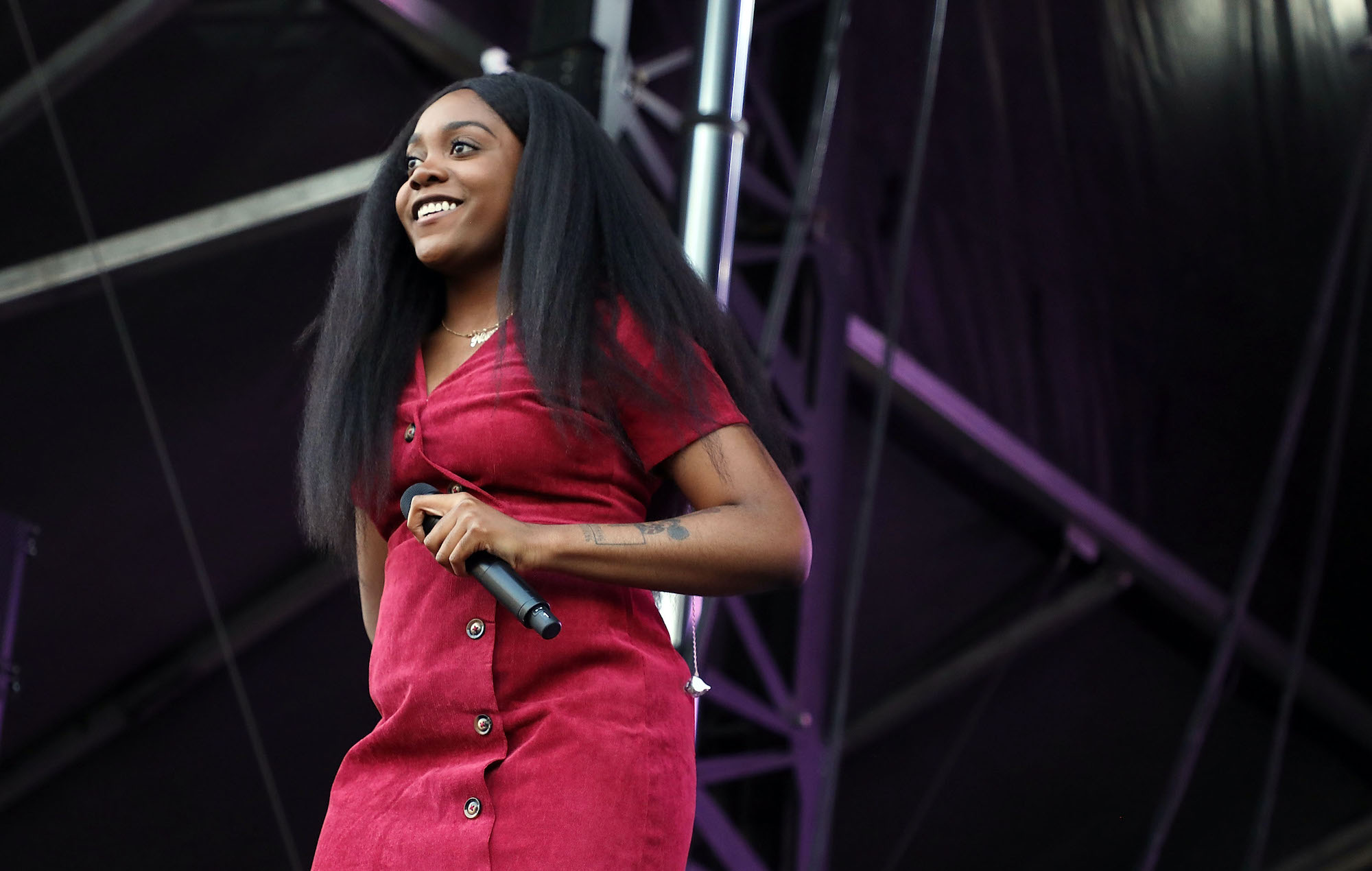