Caption: Neil Young demands Spotify removes his music over ’fake vaccine information’ spread by Joe Rogan: ’They can have Rogan or Young – not both’

Spotify has confirmed Neil Young’s music will be removed from its streaming service after he accused the platform of spreading Covid misinformation.

Young, 76, shared and deleted an open letter to the company this week, stating he would pull his entire catalogue if they didn’t take action against the Joe Rogan Experience podcast, which has allegedly featured ‘fake information about vaccines’ in its episodes.

On Wednesday, Spotify responded to Young’s calls and said they support his decision to pull his music from their service, apparently choosing to instead stand by Rogan.

In a statement provided to The Hollywood Reporter, a Spotify spokesperson said: ‘We want all the world’s music and audio content to be available to Spotify users. With that comes great responsibility in balancing both safety for listeners and freedom for creators.

‘We have detailed content policies in place and we’ve removed over 20,000 podcast episodes related to Covid since the start of the pandemic.’

They added: ‘We regret Neil’s decision to remove his music from Spotify, but hope to welcome him back soon.’

In his letter seen by The Guardian, Young slammed Rogan for spreading ‘fake information about vaccines – potentially causing death to those who believe the disinformation being spread by them’. 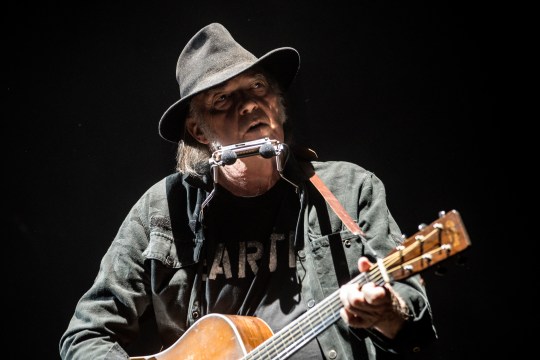 Neil Young argued Spotify has a responsibility to mitigate the spread of misinformation (Picture: Redferns)

Comedian-turned-MMA commentator Rogan, 54, is behind Spotify’s most popular podcast, with an estimated 11million listeners per episode, and has faced criticism for his views on the Covid-19 vaccine, including him previously urging ‘young, healthy’ people not to get jabbed.

However, Young addressed his manager Frank Gironda and Warner Records co-chairman Tom Corson in the letter, and said Spotify ‘has a responsibility to mitigate the spread of misinformation on its platform, though the company presently has no misinformation policy’. 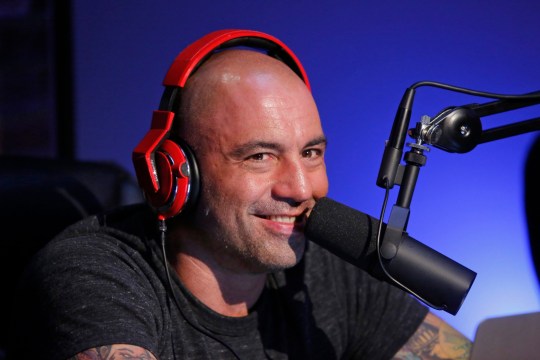 Rogan’s Spotify podcast has been subject of a petition (Picture: NBCUniversal via Getty Images)

He added: ‘I want you to let Spotify know immediately TODAY that I want all my music off their platform… They can have Rogan or Young. Not both.’

In January, hundreds of medical professionals signed an open letter to Spotify calling on the site to implement a misinformation policy on the platform, particularly naming the Joe Rogan Experience.

Young has been performing since the 1960s and is best known for the songs Harvest Moon, Rockin In The Free World and For What It’s Worth.

He released his last album Barn, with Crazy Horse, in December.

Måneskin stopped by the The Tonight Show With Jimmy Fallon yesterday (May 20) to deliver a performance of their new...