New music is the soundtrack to the holiday we weren’t allowed to have in lockdown, says Jack Savoretti

WITH his Italian dad, German/Polish mum and UK childhood, Jack Savoretti calls himself “100 per cent European”.

It helps explain why his vibrant new album comes over as the ideal playlist for a sun-kissed Mediterranean beach party.

This music is the soundtrack to the holiday we weren’t allowed to have in lockdown, says Jack SavorettiCredit: CHRIS FLOYD

“People have felt so s**t during this last year, that I just want them to feel good again,” says the 37-year-old via the ubiquitous Zoom.

At a time of great uncertainty around holidays on the continent, at least Savoretti has given us a much-needed dose of disco-fuelled escapism.

He’s at pains not to mention the B-word when he says: “There’s been a lot of talk about what separates us as Europeans but this is not a political album.

“What unites us is our culture. You just have to listen to European music, from north, south, east and west, to hear we’re all linked. I wanted to celebrate that.”

Called Europiana, a neat pun on Americana, the album reveals a bold new sonic direction by the singer who achieved his first UK No1 with 2019’s lush Singing To Strangers.

Savoretti wrote the songs during last year’s first lockdown when his busy life was put on hold by the pandemic.

“I suddenly noticed how much we were lacking,” he says. “I couldn’t even pack a suitcase and give my children the summer they were used to.

“So I started writing this music as if it was the soundtrack to the holiday we weren’t allowed to have. I never would have done it had lockdown not happened.”

To help him in his endeavours, Savoretti employed the consid-erable talents of two huge hitmakers from the other side of the Atlantic — Chic’s Nile Rodgers and John Oates of Hall & Oates.

Rodgers appears on the album’s infectious lead single Who’s Hurting Who, while Oates plays guitar and sings backing vocals on the heartfelt When You’re Lonely.

Savoretti says: “The reason I wanted to work with those guys is because their music, from disco to yacht rock, revolutionised European music. 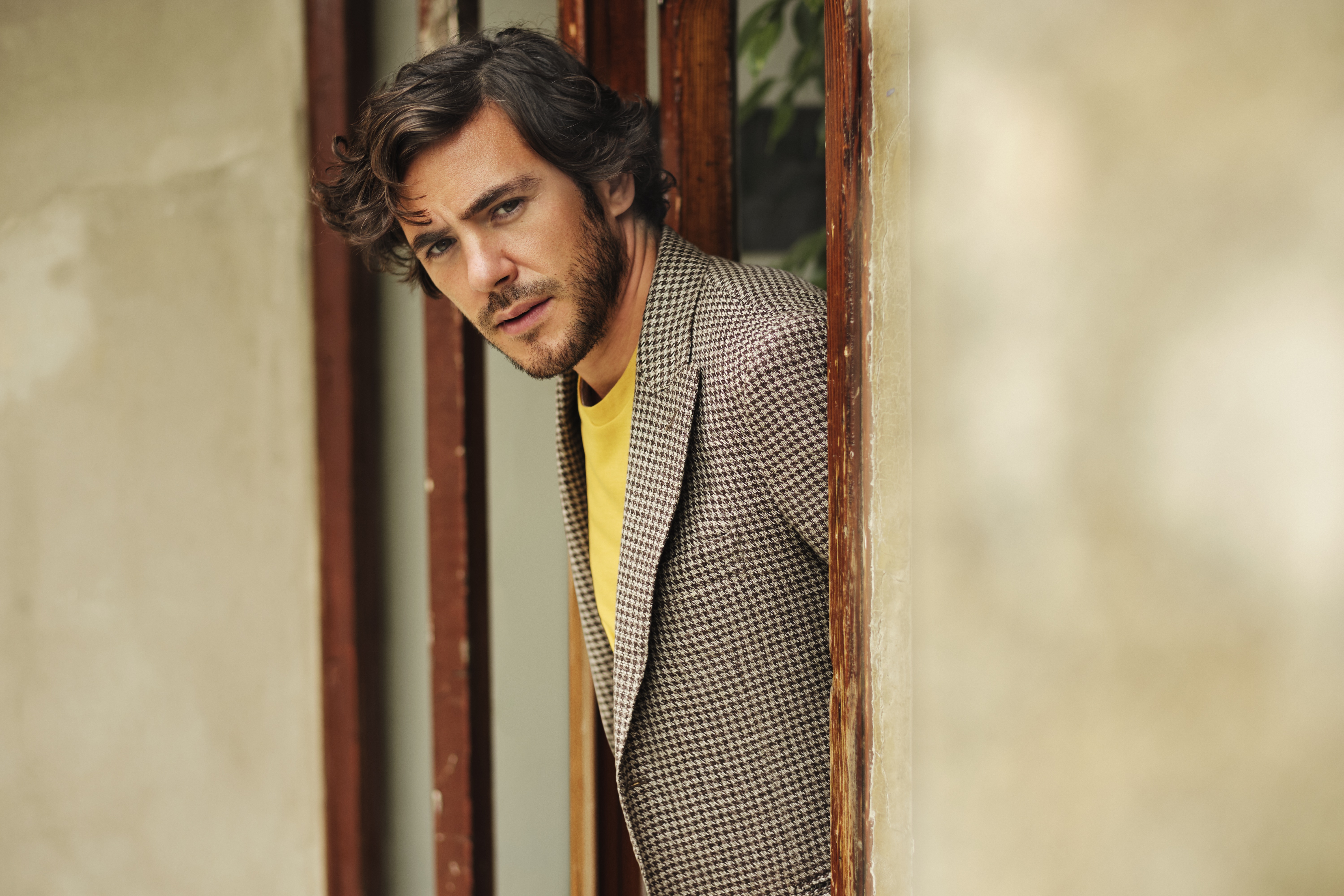 Without disco, we wouldn’t have had the likes of ABBA, Julio Iglesias, Daft Punk, Phoenix, even Air.

“So I reached out to Nile, not only to make the record great but also because his blessing legitimises the whole concept of the album.”

Not just the mastermind behind Chic with the late Bernard Edwards, Rodgers produced hit after hit for the likes of Madonna, Sister Sledge, Diana Ross and David Bowie.

“This is a guy who’s been at the top of his game for four or five decades and he still absolutely loves going to work every day,” enthuses Savoretti.

“That’s something I envy, because I feel it now but I don’t know if I’m going to feel it forever.

“Nile’s relentless and he’s been a mentor throughout this whole process.”

As for Oates, who dialled in his contribution from Nashville, Savoretti explains: “I’d been putting out a cover a day during lockdown, to stay sane, to stay connected and to lift the spirits of friends and fans.

“I did Rich Girl, one of my favourite Hall & Oates songs, and when John commented on it, I was running round the house screaming like an overexcited schoolkid.”

Emboldened by this fleeting contact with the great man, Savoretti decided to take things to the next level.

“I wrote to him on Instagram at three in the morning, saying, ‘When are we going to work together?’ I might have been a bit drunk!

“John answered back, ‘Anytime, buddy.’ He gave me his number so I phoned him and now I’m thrilled to have him on the album.”

You could argue that there are some even more important special guests on Europiana, Savoretti’s wife Jemma Powell and their nine-year-old daughter who sing on opening track I Remember Us. 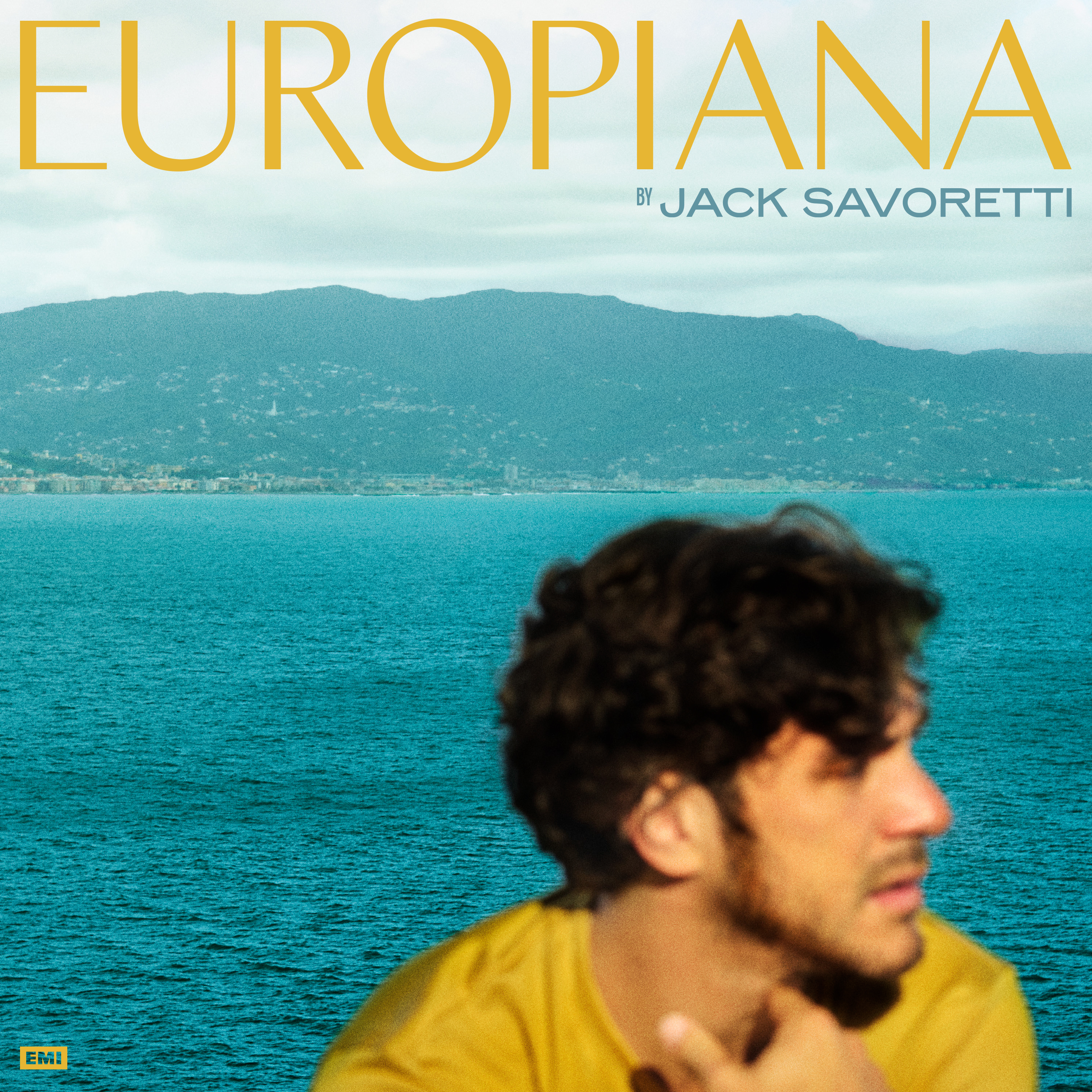 As an in-demand artist on a steady upward curve for more than a decade, lockdown gave him the chance to fully re-engage with his nearest and dearest.

“I don’t like saying this because it seems pretty weird but it was one of the best years of my life on a personal level,” he says.

“I’ve been so fortunate to spend this time with my family. It’s been such a luxury.

“I’ve always loved being at home but I’ve also loved going to work and sometimes the best you can do for your children is just to be there for them.

“I also learned that with my wife. We became kids again and our identities in the outside world disappeared. We were just mum and dad, Jack and Jemma.

“We remembered how much we loved just us but I know it went the other way for some people, and I can understand that, too.” 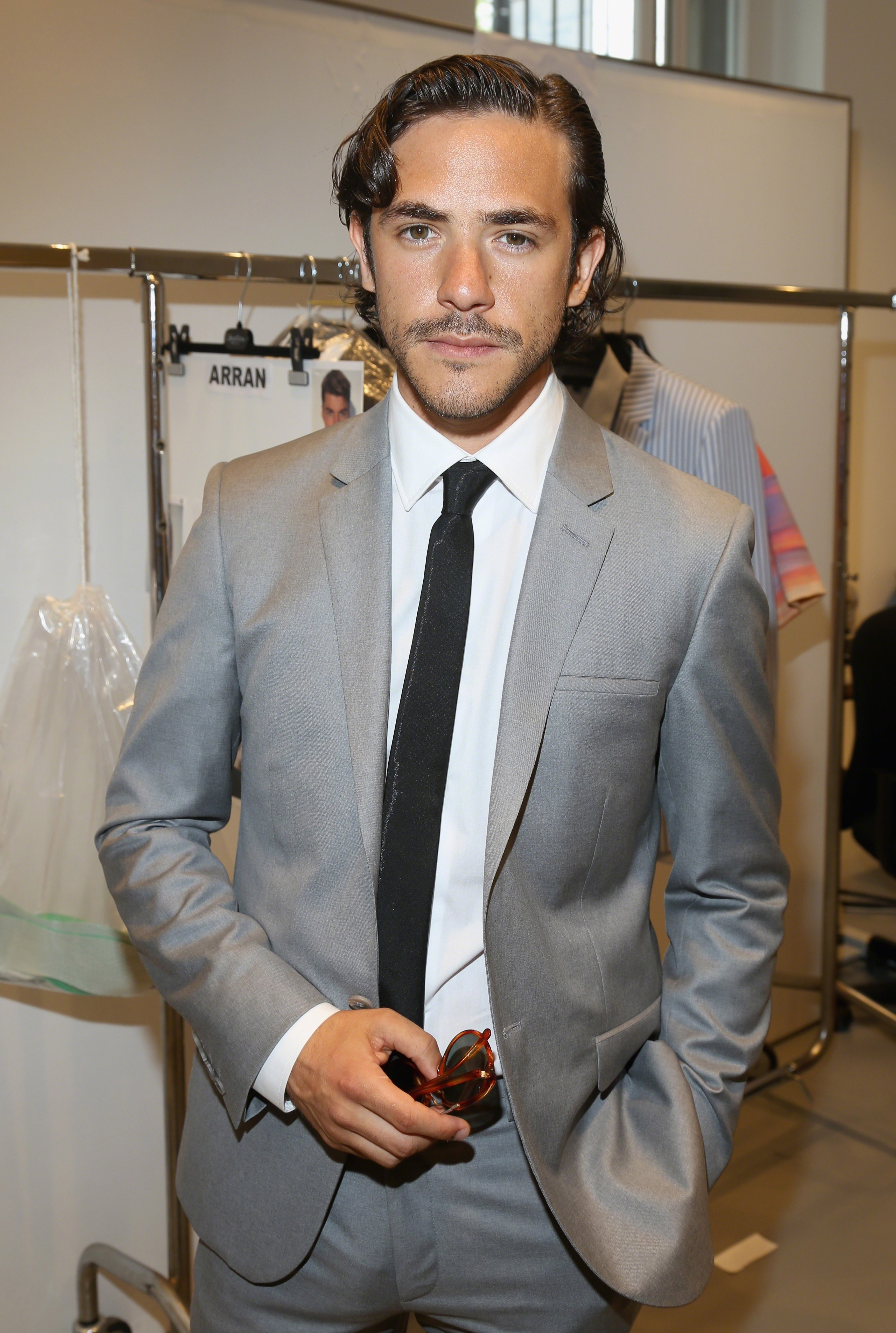 If Savoretti brings his young family front and centre to his new album, he’s also found room to reflect on his Italian heritage and older relatives.

His song More Than Ever harks back to childhood holidays in his father’s homeland, which provided a stark contrast to drab English school days.

“Growing up in Eighties London was great but also quite insular,” he says.

“You went to school, you went home, it was pretty mundane. But I associated Italy very much with holidays. It was this colourful, magical, vibrant place with smells that I wasn’t used to.

“There was the cackle of the language and the energy of the people. The coloured buildings blew my mind as well as all the 50cc scooters. Everything was alive.

“I was given independence in Italy. Children are very free and they’re adored by society. If a child falls over, the whole village comes running.

‘MY GRANDFATHER LED THE PARTISANS’

“All of my coming-of-age experiences — my first crush, my first love — they all happened when I was on holiday in Italy as a kid.”

Savoretti’s father comes from an area near the ancient Riviera port of Genoa, the country’s sixth largest city, not far from the French border.

The Europiana artwork shows Jack framed by the deep blue Mediterranean and was shot around Portofino, “in a beautiful little bay with a tremendous history.”

During World War Two, his grandfather led the partisans of the region in the fight against the fascist regimes of Hitler and Mussolini.

“He was hiding in the mountains, signalling to the British Air Force where the Germans were positioned. He’s actually a a war hero,” says Savoretti.

He adds: “The Genovese are quite tough, quite dry, very much like the British. They even have the St George’s Cross on their flag.” 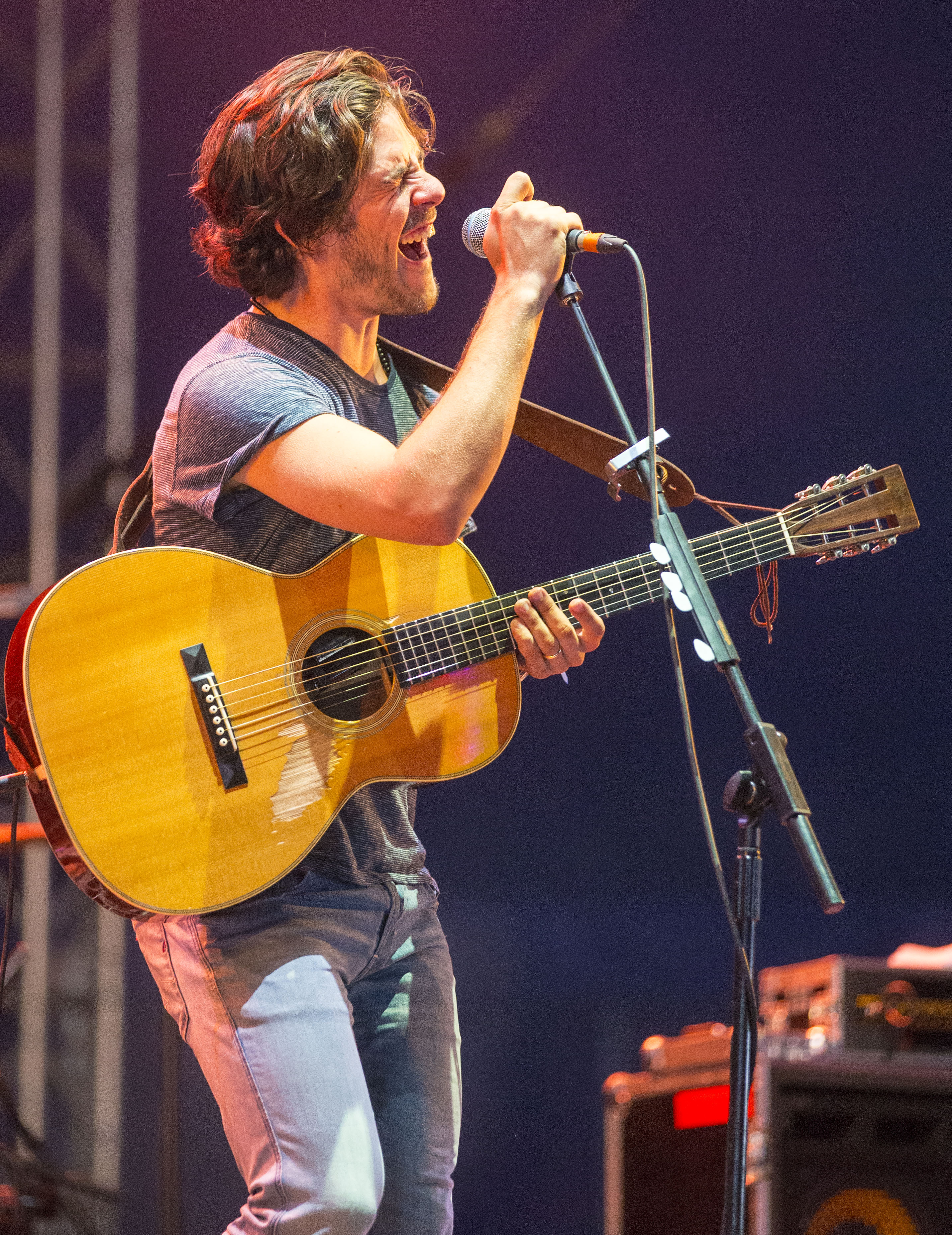 Savoretti performaing at T in The Park in 2015Credit: Andrew Barr – The Sun Glasgow

Today, he maintains a strong bond with Portofino. “I was baptised in the town and it’s where I spent two months every year growing up.

“It went from a fishing village to being very glamorous and then a bit sterile.

“Now it’s coming back thanks to the latest generation of kids. It’s become more family-orientated again and more like the good old days.”

While we’re on the subject of Italy, I ask Savoretti about Maneskin, the theatrical hard rockers who swept to victory in the Eurovision Song Contest while our British entry received “nul points”.

“They’re completely wild, not manufactured, and have been working their way from small clubs,” he replies.

“The big positive is that they write their own stuff. There’s something really cool happening in Europe and I hope this is reflective of it.” 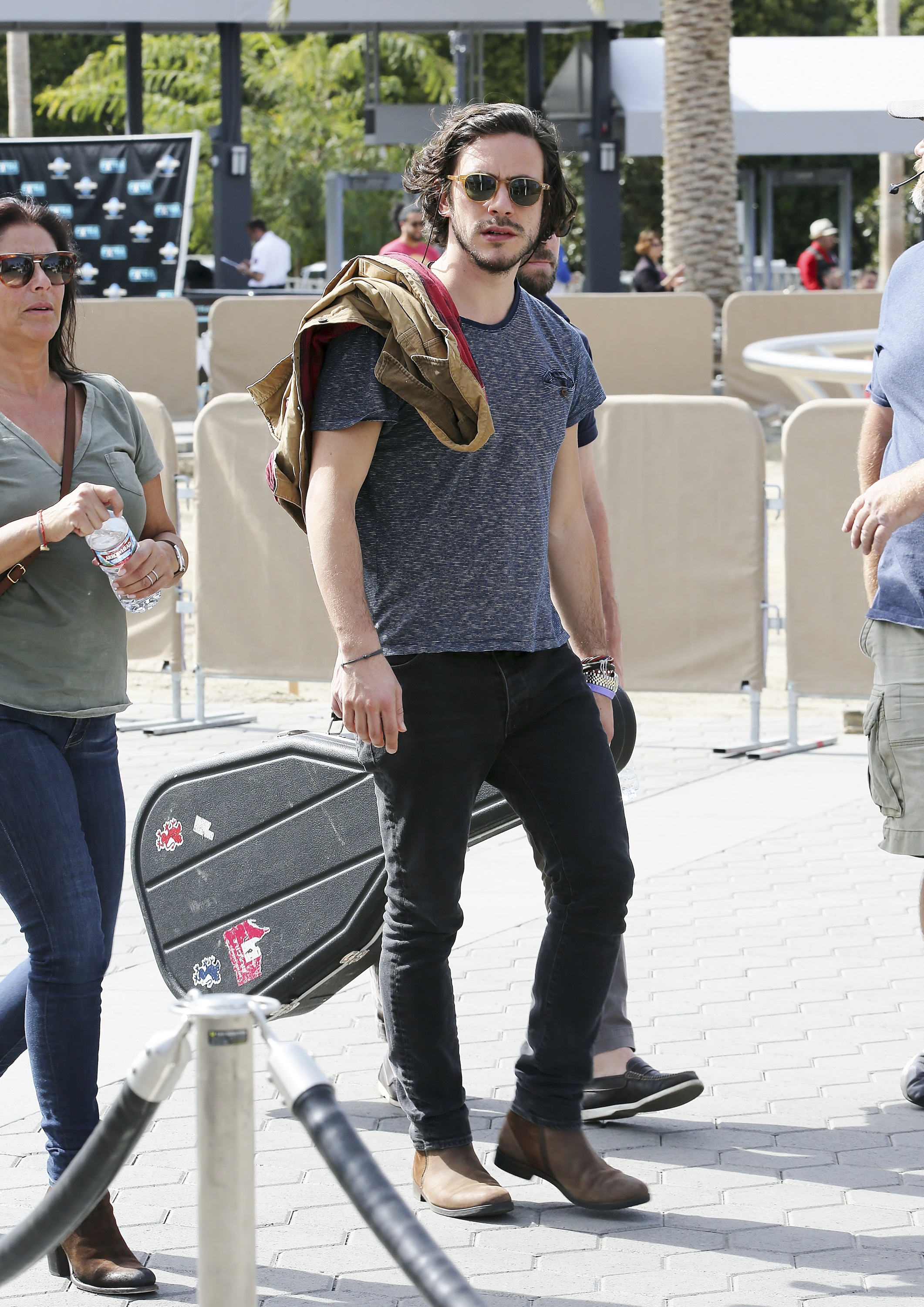 As for the familiar British disaster, he adds: “I thought the UK took it seriously this year but I don’t think the politics of the last few years won any brownie points.”

It’s strange that Savoretti and his band recorded Europiana at London’s Abbey Road Studios, where The Beatles became world-beaters.

“It was one of the most magical, beautiful and hardest things we’ve done,” he says.

With only a ten-day window at the iconic converted town house in St John’s Wood, the recording process proved a race against time.

“It was a shorter time frame than I would have liked but beggars can’t be choosers,” says Savoretti.

“The band was really up for it, like releasing wild animals back into the wild. 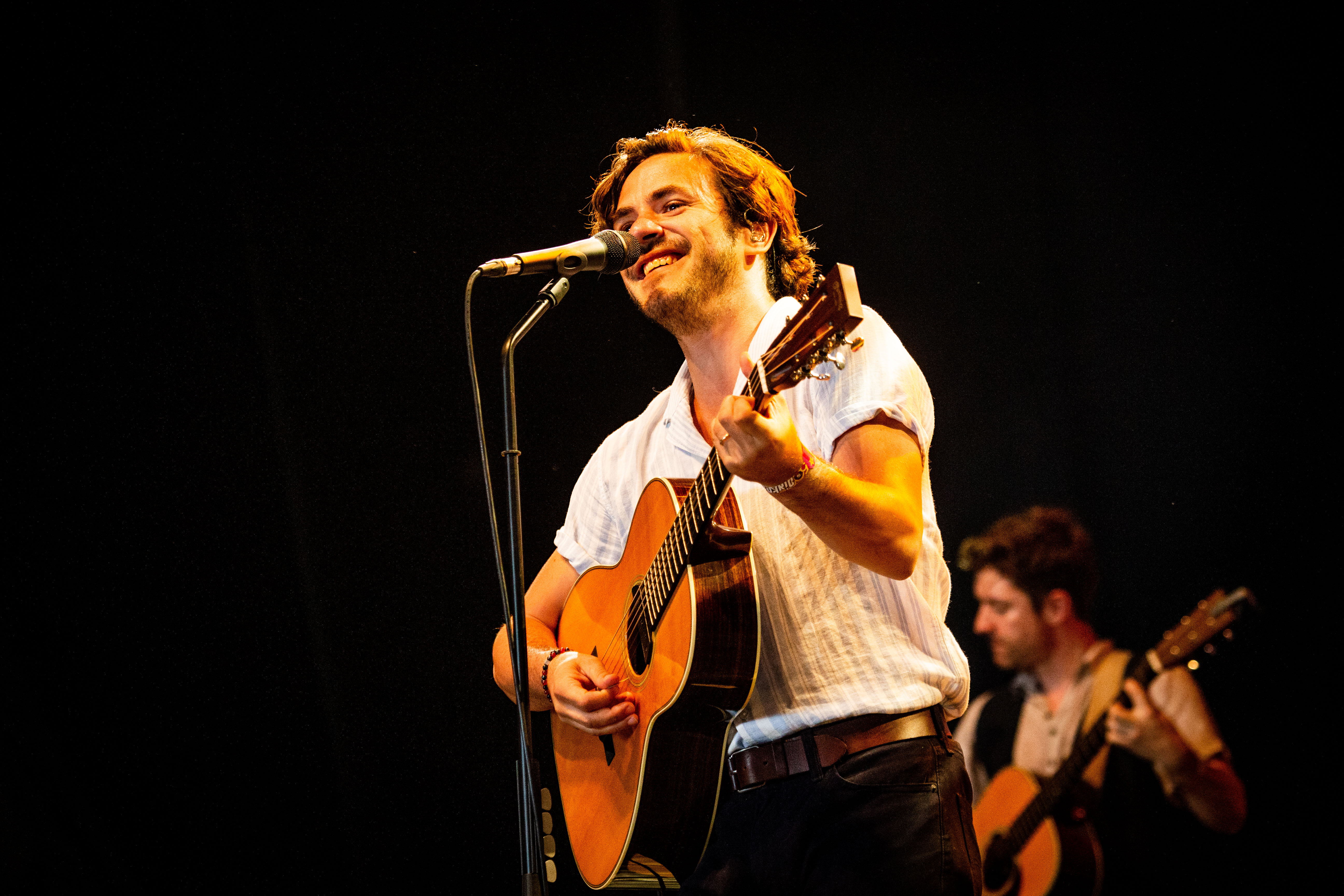 The English singer performs at Pinkpop Festival in 2019 in The NetherlandsCredit: Getty

“And it was very emotional because we hadn’t seen each other in the flesh for about a year, which was pretty nuts for a bunch of guys who spend most of the year together, crossing Europe on tour, living in each other’s pockets.

“We all realised how much we love each other and how much we missed making music together. I couldn’t get the guys to stop so I had to pull the plug every night. We had ten days of magic.”

Savoretti reserves a special shoutout for producer Cam Blackwood, who was faced with pulling the album together as the second lockdown began.

“He was confronted with a mountain of work and I will be eternally grateful for what he did,” affirms the singer.

“Suddenly he was on his own. We’d built this incredible ship to sail across the ocean and then none of us could be in the room with him. What would take an hour was starting to take maybe even a week, emails back and forth.”

The upside is that Europiana sounds fresh and spontaneous, qualities that please Savoretti. 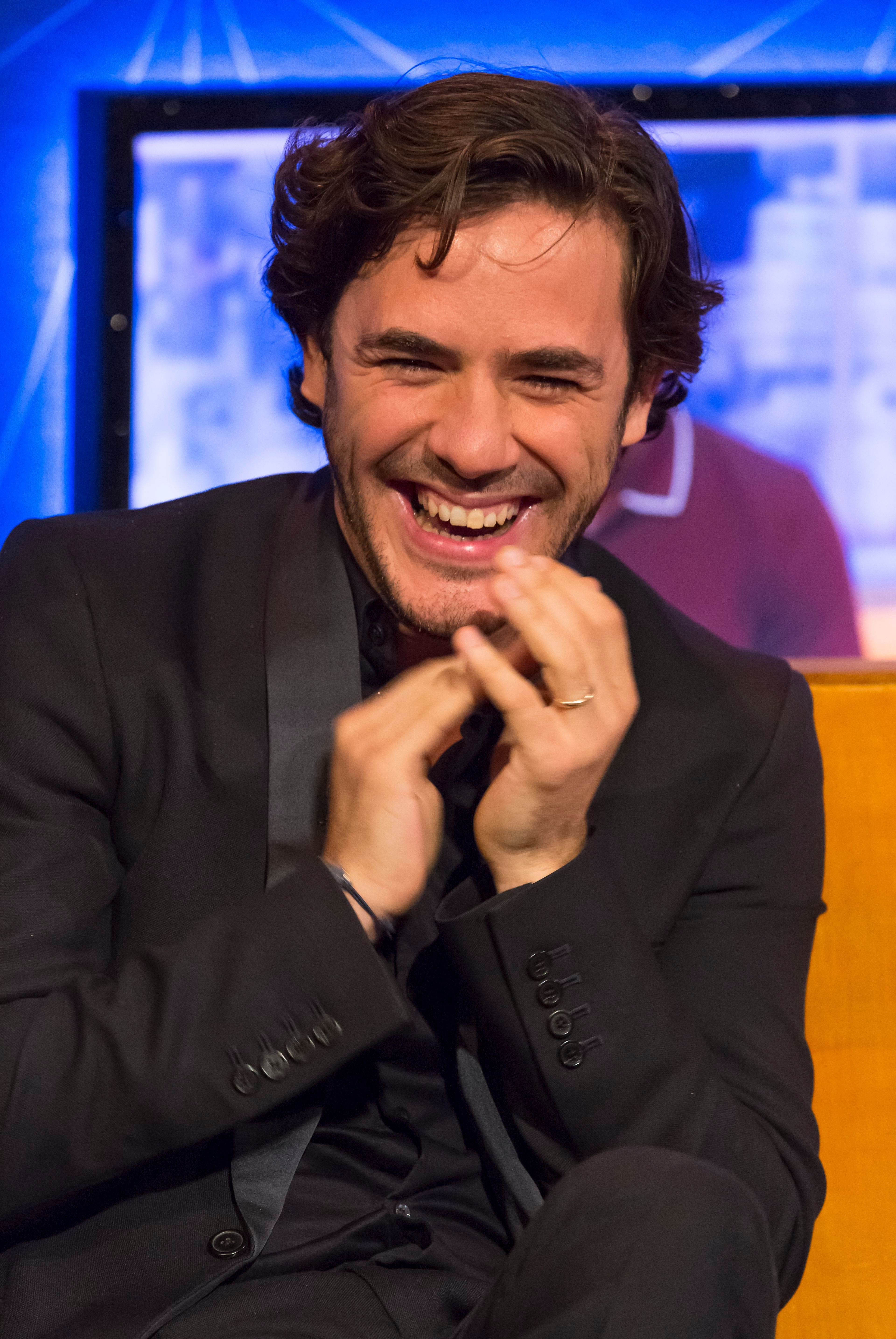 “I don’t believe in perfection, I believe in capturing the moment,” he affirms. “You can hear the energy of this album.”

Now he’s looking forward to getting back on the road after what he calls “a heartbreaking time” for the music industry.

“Shows and festivals are such a big part of British culture,” he says. “I can’t wait to pick up that phone and say to everybody, ‘We’re going to work.’”

Europiana by Jack Savoretti is out on June 25 on EMI.