Olivia Rodrigo has shared a captivating film clip for her song ‘Traitor’, marking the fifth track from her debut album ‘Sour’ to be given a music video.

The clip starts on a hazy shot of the singer jumping up and down with a cloudy sky superimposed over her, before flicking between scenes of Rodrigo and her friends in an arcade, parking lot and swimming pool, amongst other settings.

Check out the film clip for ‘Traitor’, directed by Olivia Bee, below:

‘Sour’ was released back in May via Polydor/Geffen. In addition to ‘Traitor’ and her breakout hit ‘Driver’s License’, it featured singles ‘Deja Vu’, ‘Good 4 U’ and ‘Brutal’, and was followed by a concert film titled Sour Prom.

In a four-star review, NME writer Rhian Daly declared ‘Sour’ to be “an almost-masterpiece that’s equal parts confident, cool and exhilaratingly real”, calling Rodrigo “[an artist] we’ll be living with for years to come”. It was also featured in NME’s list of the best albums of 2021 thus far, with writer Sophie Williams praising Rodrigo for “lacing confessional pop with alt-rock influences”.

Rodrigo recently responded to those critiquing her over songwriting credits that were added to ‘Sour’ after its released. The likes of Taylor Swift, Jack Antonoff, St Vincent and Paramore have all been added to the album’s liner notes over the last five months.

“All music is inspired by each other,” she said. “Every single artist is inspired by artists who have come before them. It’s sort of a fun, beautiful sharing process. Nothing in music is ever new. There’s four chords in every song. That’s the fun part – trying to make that your own.”

In May, Rodrigo became the youngest artist to land two concurrent Number One singles in the UK. She repeated the feat just a week later, then made UK chart history again last month when she became the first female artist to have three Top 5 singles in the same week.

She took home three awards at the 2021 MTV Video Music Awards, taking out the titles for Song Of The Year and PUSH Performance Of The Year – both for ‘Driver’s License’ – as well as the Facebook-presented Best New Artist award. During the ceremony, she performed ‘Good 4 U’. 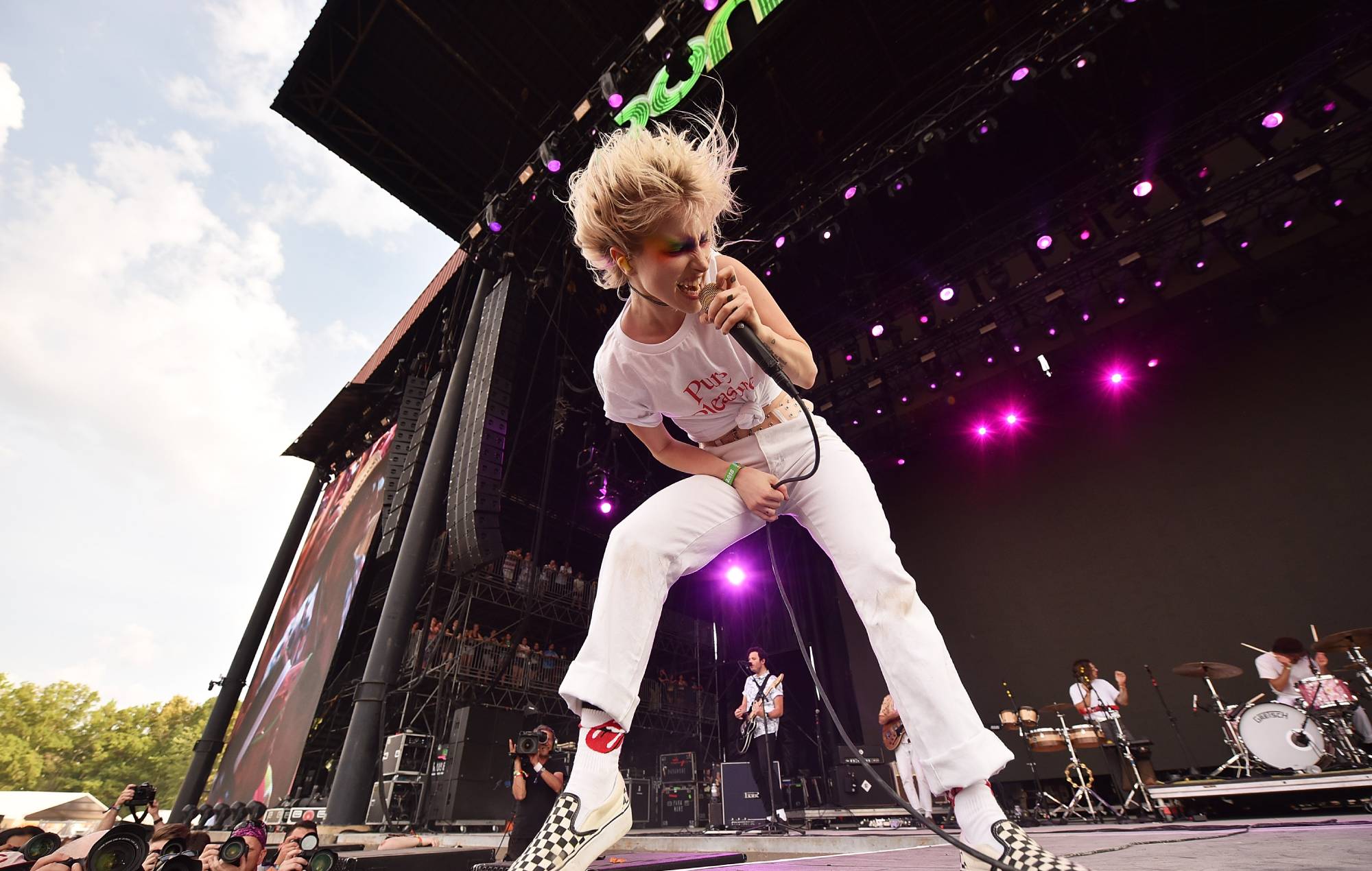 Live Nation, the company behind the When We Were Young festival, has released a statement addressing safety concerns following the...