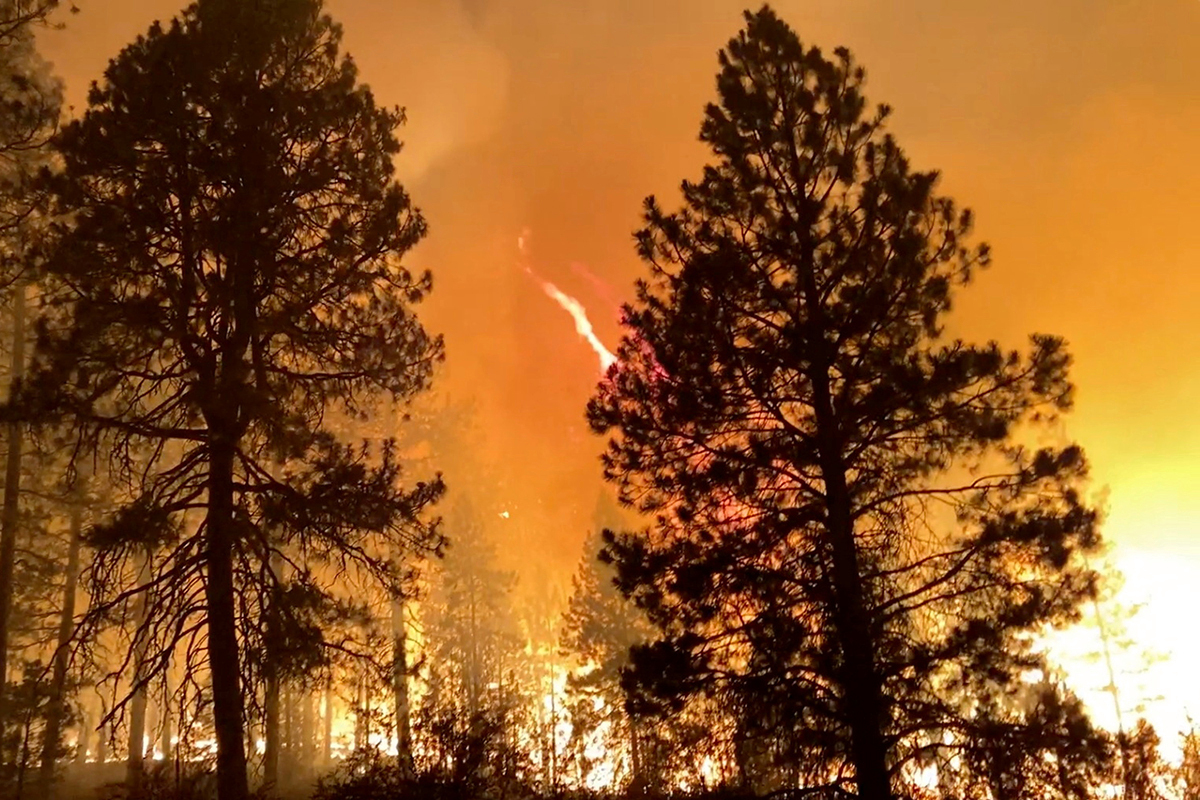 OREGON’S Bootleg Fire is now a third of the size of Rhode Island as thousands have been evacuated to escape the nation’s biggest blaze.

Since the massive blaze started burning on July 6, it has scorched more than 300,000 acres and is one of the largest fires in Oregon‘s history.

The fire has scorched more than 300,000 acres of landCredit: Reuters 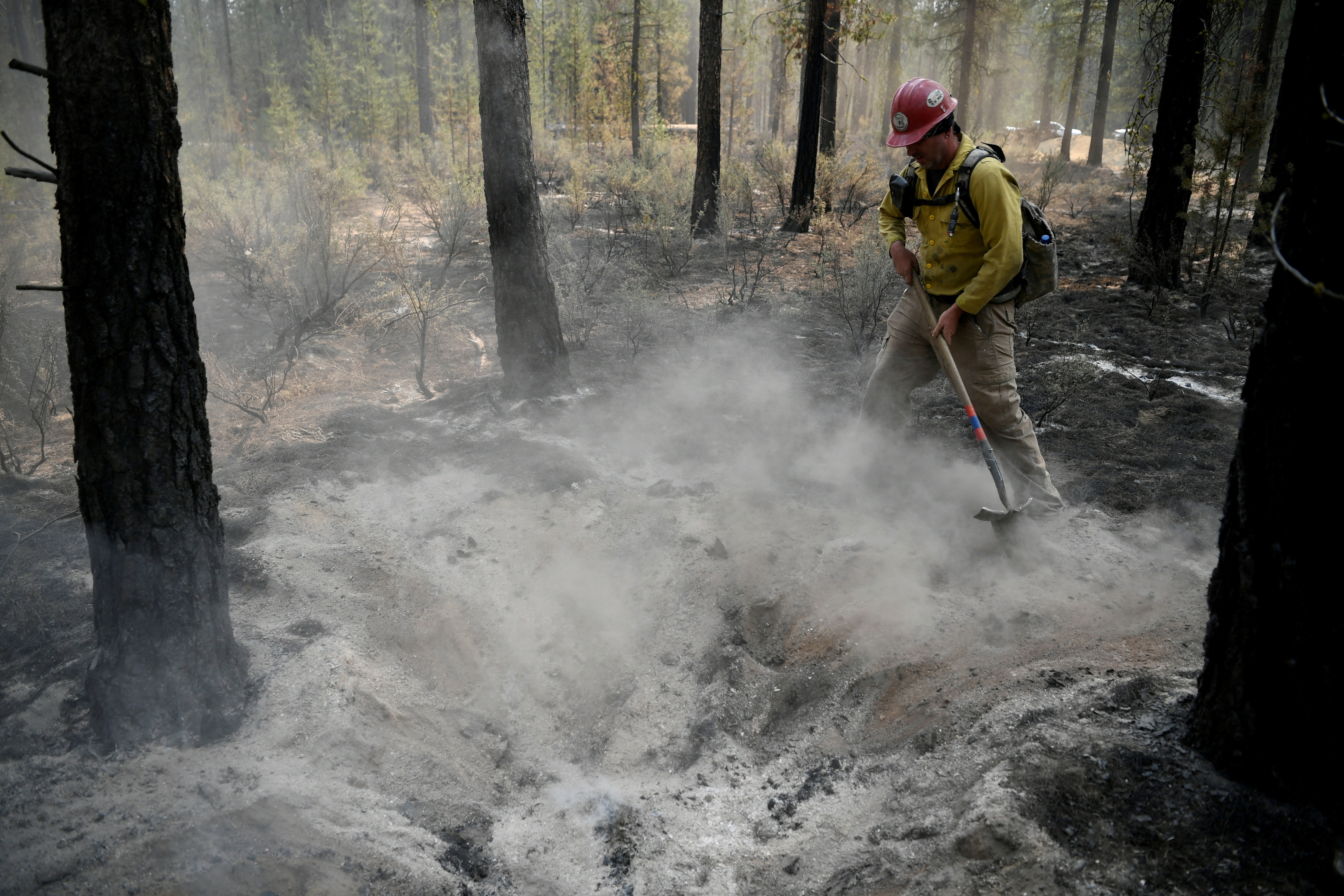 More than 2,000 firefighters are working to control the massive fireCredit: Reuters

The blaze has already burned through an area larger than the city of Los Angeles, as more than 2,000 firefighters work to keep it under control.

The Bootleg Fire is burning about 300 miles from the state’s largest city, Portland, in and around the Fremont-Winema National Forest.

At least 2,000 homes have been evacuated at some point over the past two weeks and thousands more may need to follow as the blaze rages on.

Fortunately, there have been no reported deaths.

There has been significant damage, though. At least 160 homes and buildings have been destroyed.

However, James Johnston, a researcher with Oregon State University’s College of Forestry, pointed out the damage a fire of this magnitude could have caused if it wasn’t burning in such a remote area.

“If the fire were in densely populated parts of California, it would have destroyed thousands of homes by now,” he said.

“But it is burning in one of the more remote areas of the lower 48 states. It’s not the Bay Area out there.”

THE FIRE IS ‘CHANGING THE WEATHER’

The fire now appears to be spreading rapidly to the north and east due to strong winds, towards areas that are increasingly remote.

“The Bootleg Fire is threatening ranch houses that are in pretty far-flung areas,” Johnston said. “There are no suburbs in that area.”

Marcus Kauffman, a spokesman for Oregon’s forestry department, told the New York Times that the blaze is so big, it’s creating its own weather.

“The fire is so large and generating so much energy and extreme heat that it’s changing the weather,” he said.

The extreme heat and intensity of the fire can force wind to go around it, create clouds, and even generate swirling vortexes of heat known as “fire tornadoes.”

The Bootleg Fire and other blazes across the US are creating an unusually active start to wildfire season in the western US.

Much of the American west has also been dealing with record-breaking heatwaves in recent weeks. 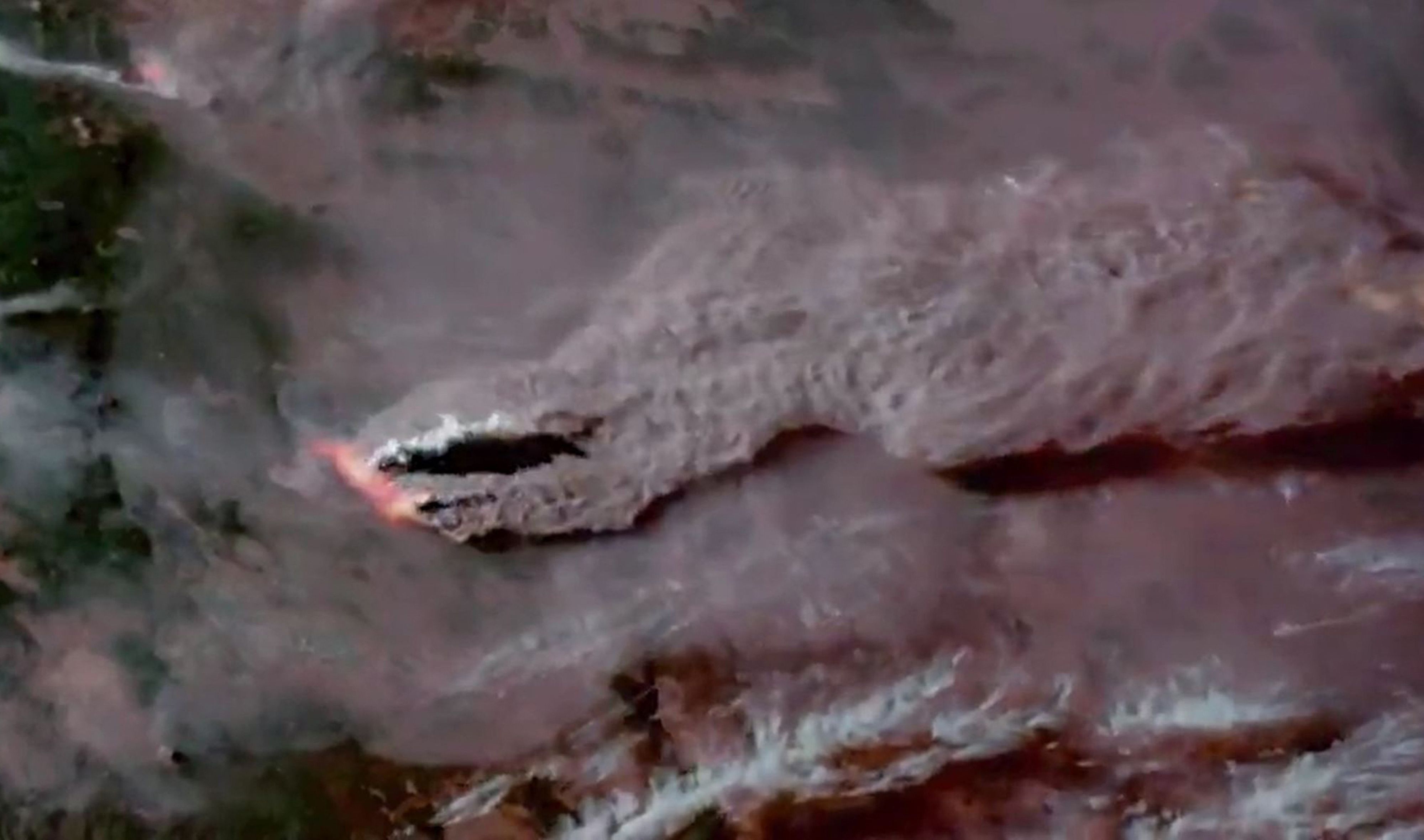 The blaze has grown to the size of one-third of the state of Rhode IslandCredit: AFP Thousands have been evacuated, though the blaze has burned in mostly rural areasCredit: AP

Oregon wildfire blazes ahead against army of firefighters 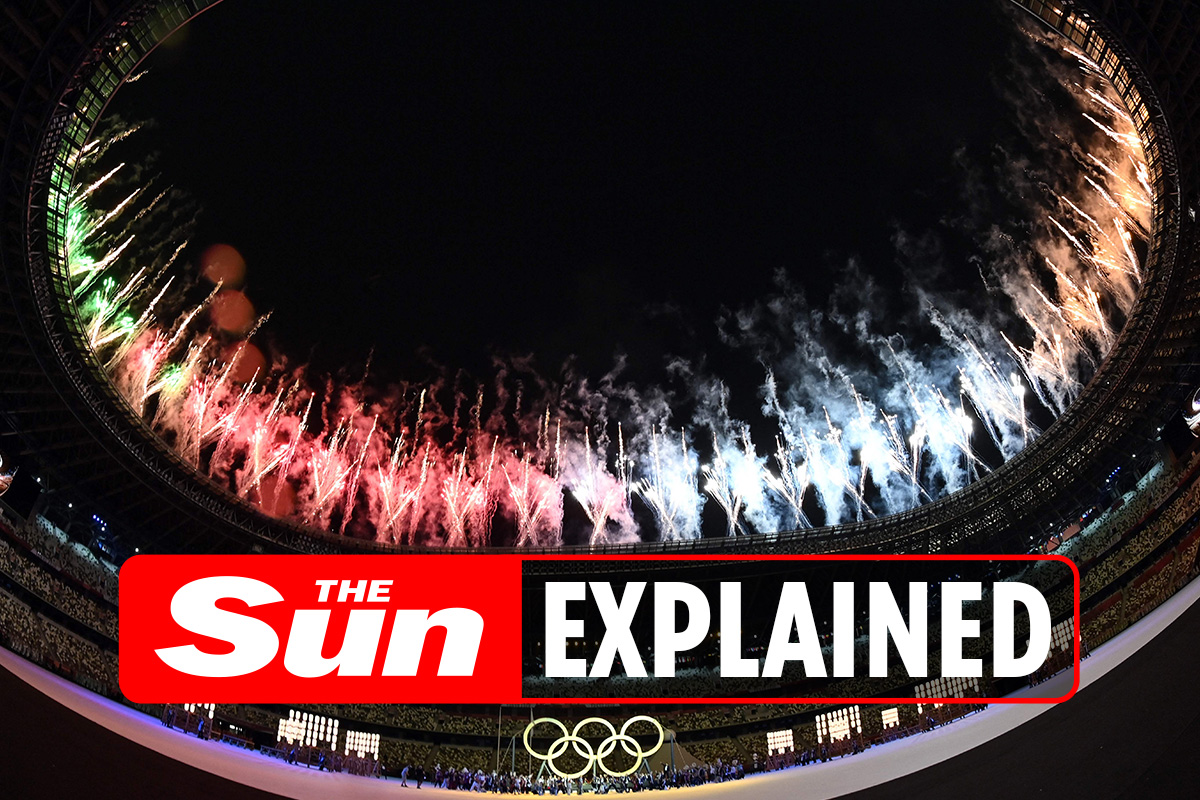 What and when to watch during the Tokyo games

THE delayed Olympics is finally underway in Japan - a whole year after the Games were originally scheduled. Here are...