The band has sold a huge portion of their discography (Picture: AP)

Phil Collins and Genesis have sold a large chunk of their back catalogue for a whopping $300million (£268m).

Concord Music Group has landed the publishing rights and master recordings for most of prog rock legends Genesis’ catalogue, as well as a portion of the group’s recorded music income streams and masters.

The sale also includes Collins’ solo hits In the Air Tonight, You’ll Be In My Heart, and Against All Odds.

Guitarist Mike Rutherford’s songs from his band Mike and the Mechanics are part of the sale, too.

Speaking about the sale, Concord president Bob Valentine told the Wall Street Journal: ‘In the world we live in today with Facebook, Instagram, TikTok, all these things that drive consumption of older music, there are definitely ways for us as a record company to bring some of this music back to life.’

In March, Collins performed his final show with Genesis at London’s The O2. 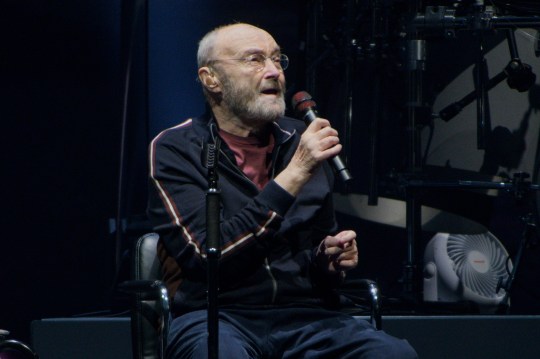 Collins, 71, who has been unable to play drums and was forced to sing the majority of their set from a chair due to ongoing health issues, quipped about needing to ‘get a real job now’.

His son Nic Collins, 21, replaced his father on the drums for the tour.

Collins previously admitted he can ‘barely’ hold a drumstick in his hand in a devastating health update. 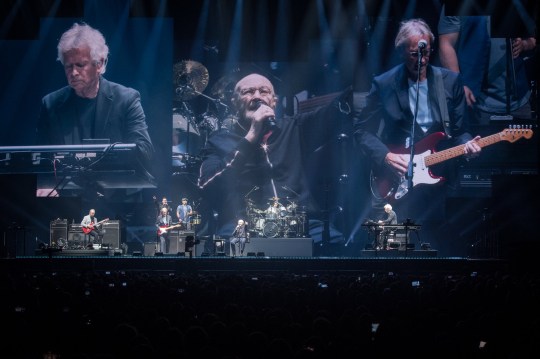 Collins stepped back from performing in 2011 before returning for a brief period four years later (Picture: David Wolff-Patrick / Redferns)

He has suffered for a long time with poor health since he injured vertebrae in his upper neck while performing in 2009.

Two years later, he stepped back from performing due to crippling nerve damage, which rendered him unable to play the drums, before returning in 2015.

Promoting the reunion shows, he said: ‘I’m kind of physically challenged a bit which is very frustrating because I’d love to be playing up there
with my son.’