PIERS Morgan made a shock return to Good Morning Britain today as he goes head-to-head with old co-star Susanna Reid for a TRIC Award.

The 56-year-old star got a shout-out from the breakfast programme’s showbiz correspondent Richard Arnold as he updated fans on today’s entertainment news.

Piers made a shock return to GMB today 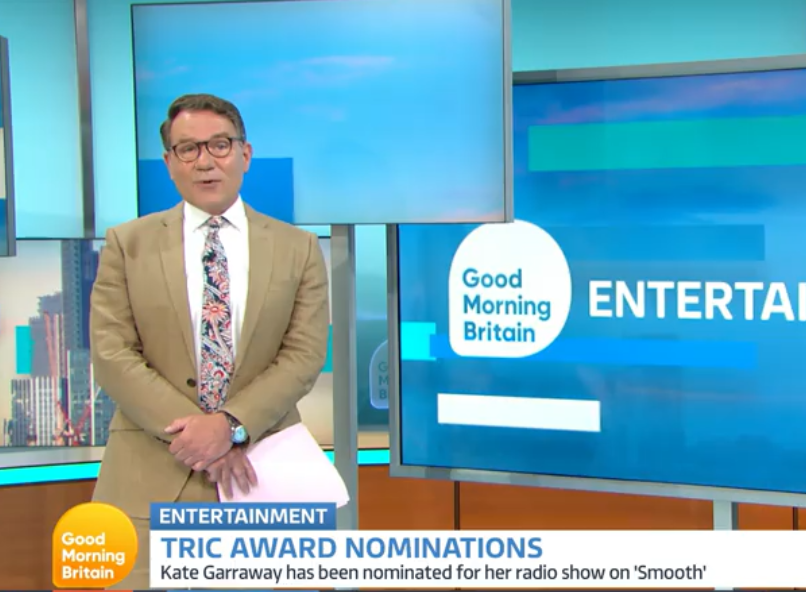 Richard brought up his old colleague

Richard shared: “It’s set to be a clash of the titans at this year’s TRIC Awards, as Good Morning Britain’s very own Susanna Reid goes up against her old adversary in bants Piers Morgan in the News Presenter category.”

He also mentioned that Kate Garraway is up for a gong, adding: “While not to be outdone, our very own Kate Garraway is also in the fold to win big after being nominated for her Smooth Radio show.”

The annual ceremony celebrates all things radio and TV, with this year’s event set to take place in September.

Earlier this month, Susanna left fans convinced that Piers would make a return to Good Morning Britain following his dramatic exit in March.

Clash of the titans!”

She appeared on BBC’s Andrew Marr show to talk about the Euro 2020 matches, with Susanna quick to call the star a “great friend” before giving him a shout out.

Viewers flocked to social media to speculate what their ongoing close relationship means – with many claiming that the TV favourite would be back.

The long-standing TV pairing haven’t been seen together since Piers’ quit the show after a fall-out regarding comments he made about Meghan Markle.

He previously revealed she was “angry” at him for quitting – so punished him with a “frosty” farewell on the show.

However, they have since rekindled their friendship, with Piers saying in March: “I hope we stay friends because Susanna’s a decent person and we’ve been through a lot together.”

He also revealed that Susanna had phoned him to “clear the air”, and apologised for how tone on the programme.

Piers said at the time: “She apologised for the tone of her chilly goodbye, which was for all the reasons I suspected, and I apologised for leaving her in the lurch so suddenly.

“It was a good conversation, and we agreed that when the dust settles, we’ll have a long lunch to celebrate five extraordinary years.”

Piers quit GMB in March after dramatically storming off set