Sir Elton John has been quietly working on the album in lockdown (Picture: Ian Gavan/Getty Images for Harlequins)

Sir Elton John may be retiring from performing but he’s still recording music as he’s set to release a brand new album of collaborations.

The Candle In The Wind hitmaker has worked with some of the biggest artists around on his 32nd album, titled The Lockdown Sessions, which will feature 16 songs.

Teasing the project, Sir Elton said: ‘The last thing I expected to do during lockdown was make an album. But, as the pandemic went on, one‐off projects kept cropping up.

‘Some of the recording sessions had to be done remotely, via Zoom, which I’d obviously never done before. Some of the sessions were recorded under very stringent safety regulations: working with another artist, but separated by glass screens.’

He continued: ‘But all the tracks I worked on were really interesting and diverse, stuff that was completely different to anything I’m known for, stuff that took me out of my comfort zone into completely new territory. And I realised there was something weirdly familiar about working like this. 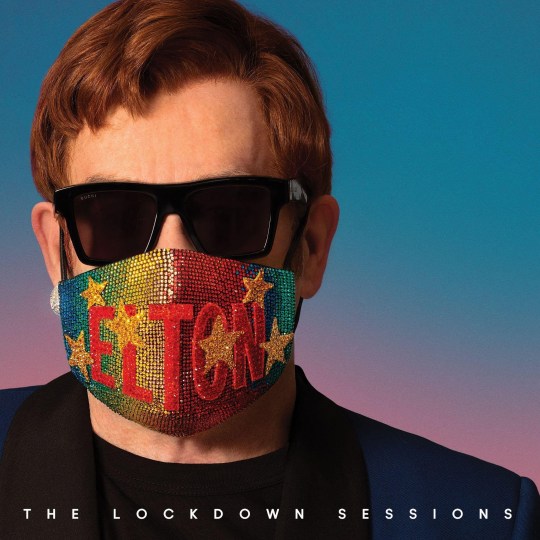 Sir Elton and pop star Dua have collaborated on a track called Cold Heart (PNAU Remix), while he and Nicki have duetted on the song Always Love You. His track with Lil Nas X is called One Of Me, while his collaboration with Years & Years on the remix of Pet Shop Boys’ It’s A Sin has also made the tracklist.

It’ll be welcome news for Sir Elton’s fans as he’s preparing to hang up the microphone and retire from touring next year.

The 74-year-old was forced to postpone the remaining shows of his Farewell Yellow Brick Road tour due to the pandemic, but dates will resume with a European leg on September 21 in Finland before finishing in its entirety in 2023.