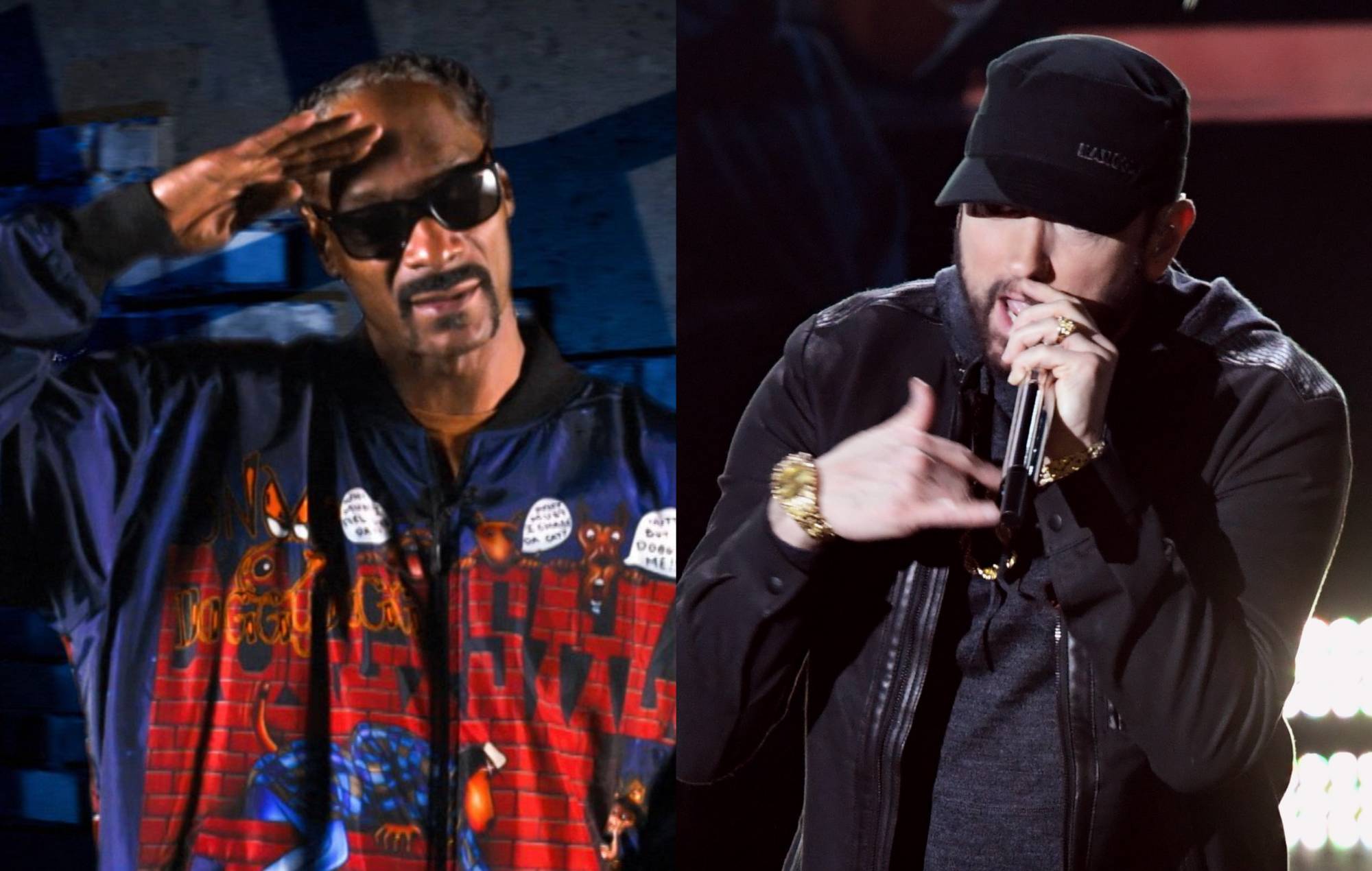 Snoop Dogg has suggested that he and Eminem have settled their differences after there was rumoured to be bad blood between the two.

The two rappers first appeared to be beefing back in July as Snoop explained why he didn’t think Eminem was one of the top 10 greatest rappers of all time in an interview.

Eminem later responded to Snoop’s comments on ‘Zeus’, which appeared on the recent deluxe edition of ‘Music To Be Murdered By’.

“As far as squashing beef I’m used to people knocking me,” he rapped. “But just not in my camp / And diplomatic as I’m tryin’ to be / Last thing I need is Snoop doggin’ me / Man, Dogg, you was like a damn god to me / Meh, not really (haha) / I had dog backwards.”

After Eminem detailed in a subsequent interview why he decided to call out Snoop on ‘Zeus’, Snoop responded earlier this month by saying: “Pray I don’t answer that soft ass Shit.”

As Complex reports, Snoop has now appeared to move to quell any feelings of discord between himself and Eminem in the public eye.

One fan received a comment from Snoop yesterday (January 12) after sharing an old picture of the rappers together with Dr. Dre on Instagram and captioning it “I wonder what changed..!!” (see above).

Snoop popped up in the comments section of the post with the simple reply: “Nothing we good” – seemingly putting an end to the rumoured beef between himself and Eminem.

Eminem recently broke down his in-song apology to Rihanna on ‘Zeus’, explaining that he had “zero recollection” of recording the controversial lyrics about the singer which leaked online in 2019.