A RECORD not only about her dad’s release from prison but also “flawed people doing their best to get by in the world”.

That is how St Vincent describes new album Daddy’s Home. It is the sixth studio album by the singer and guitarist, whose real name is Annie Clark.

She says: “The Daddy’s Home part was definitely a starting point. That’s a story on the record but it’s not the whole album.

“It’s telling stories about humanity without judgment. And that’s where I am right now in my life. It’s about growing and my own transformation into being the daddy. There’s enough judgment going around and I’m interested in looking at things with logic and empathy.”

Clark’s father was jailed in 2010, sentenced to 12 years behind bars for his involvement in a $43million (£35million) stock fraud scheme. His release in 2019 inspired the start of the album.

Clark chats on the phone from New York City, where she has been recording an episode of the US comedy institution Saturday Night Live.

That was a family affair for the Oklahoma-born, Texas-raised singer, who says proudly: “My whole family came to SNL. It’s my dad’s favourite show.

And he got to be in the audience and watch me do it.” There is an unexpected warmth to Clark, who has a reputation for being frosty. 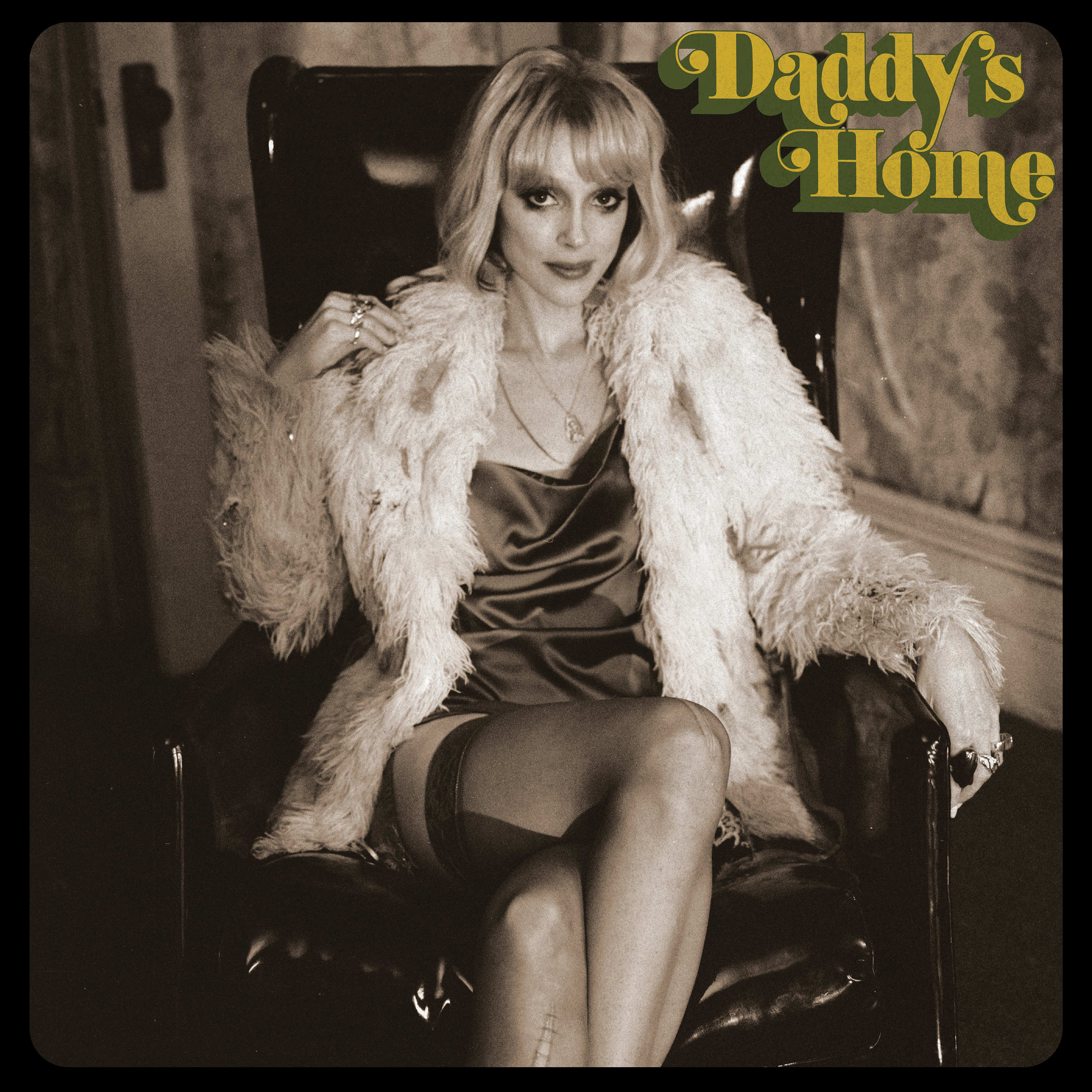 The American singer, who tells of New York’s sleazy nightlife, reveals her father’s release from jail in 2019 inspired the start of the album

While promoting her previous album, 2017’s Masseduction, she played pre-recorded answers to journalists if she found their questions too boring. A few weeks after our phoner, a journalist self-published an awkward interview with Clark despite her team asking for the piece to be shelved.

Twitter erupted over who was in the right. Now Clark says: “Daddy’s Home tells the stories of troubled characters from New York’s sleazy nightlife. I’ve been all the characters on the record. I’ve been the girl in last night’s heels and clothes on the morning train. I’ve been the girl at the holiday party, drunk a little early. I really could study humanity until I die and still be fascinated for ever.”

Daddy’s Home is the most open and vulnerable Clark has ever been on record — in particular, on the delicate Somebody Like Me. The singer does not discuss her private life or past relationships with actress Kristen Stewart and supermodel Cara Delevingne. “I definitely have always wanted to be protective of my life, friends and family and all that,” she says.

“And looking back at my records, there’s a lot of real vulnerable, emotional moments. In music I feel more or less like an open door. I’m a person who had an anxiety disorder since I was eight. And I didn’t get any kind of help for it.

“I was only told I had it in my late twenties, so I was used to a certain level of stress. That is definitely something I’ve got more of a handle on. There were times around the period of my album (released in 2014) that I probably should have taken a break from touring.

“But I didn’t have anyone around me who would have stepped in and said, like, ‘Hey, you know what? Why don’t you sit this one out and then regroup in a couple of weeks?’

Anxiety definitely lit a fire under me for a very long time. 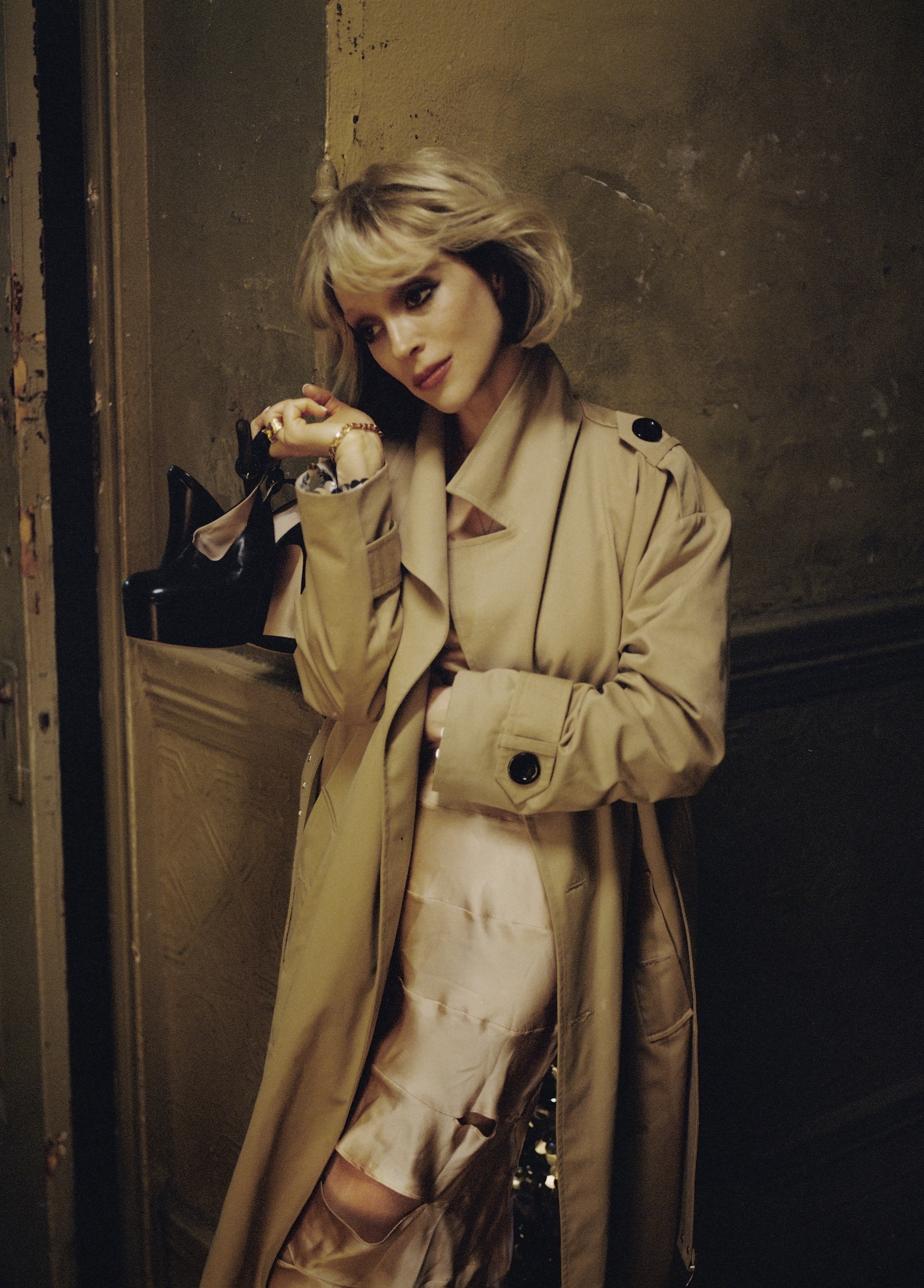 Daddy’s Home is the most open and vulnerable Clark has ever been on record, Annie Clark says ‘In music I feel more or less like an open door’

“But I didn’t have a handle on the brakes. And no one around me did either. But I don’t really look back at anything with regret. I don’t spend a lot of time there. Whatever weird road, twists and turns got me here is fine, as it is a good place to be.

“The point of living is to try out different things and make mistakes and refine.”

Known for wearing teetering thigh-highs and bright-pink PVC on her Masseduction tour, for this album’s quirky first single Pay Your Way In Pain Clark donned a blonde wig and Seventies-style green suit.

“I will say the suits are so much more comfortable than the latex I used to wear! I can tell you that much. I love the fashion and I also love the fit. And I much prefer a platform to a stripper heel,” she laughs.

“It’s important to have humour with the seriousness. They are pretty linked, anyway. I could be saying something’s really serious with a lyric but the music is telling a different story.

“Together they exemplify the absurdity of modern living. 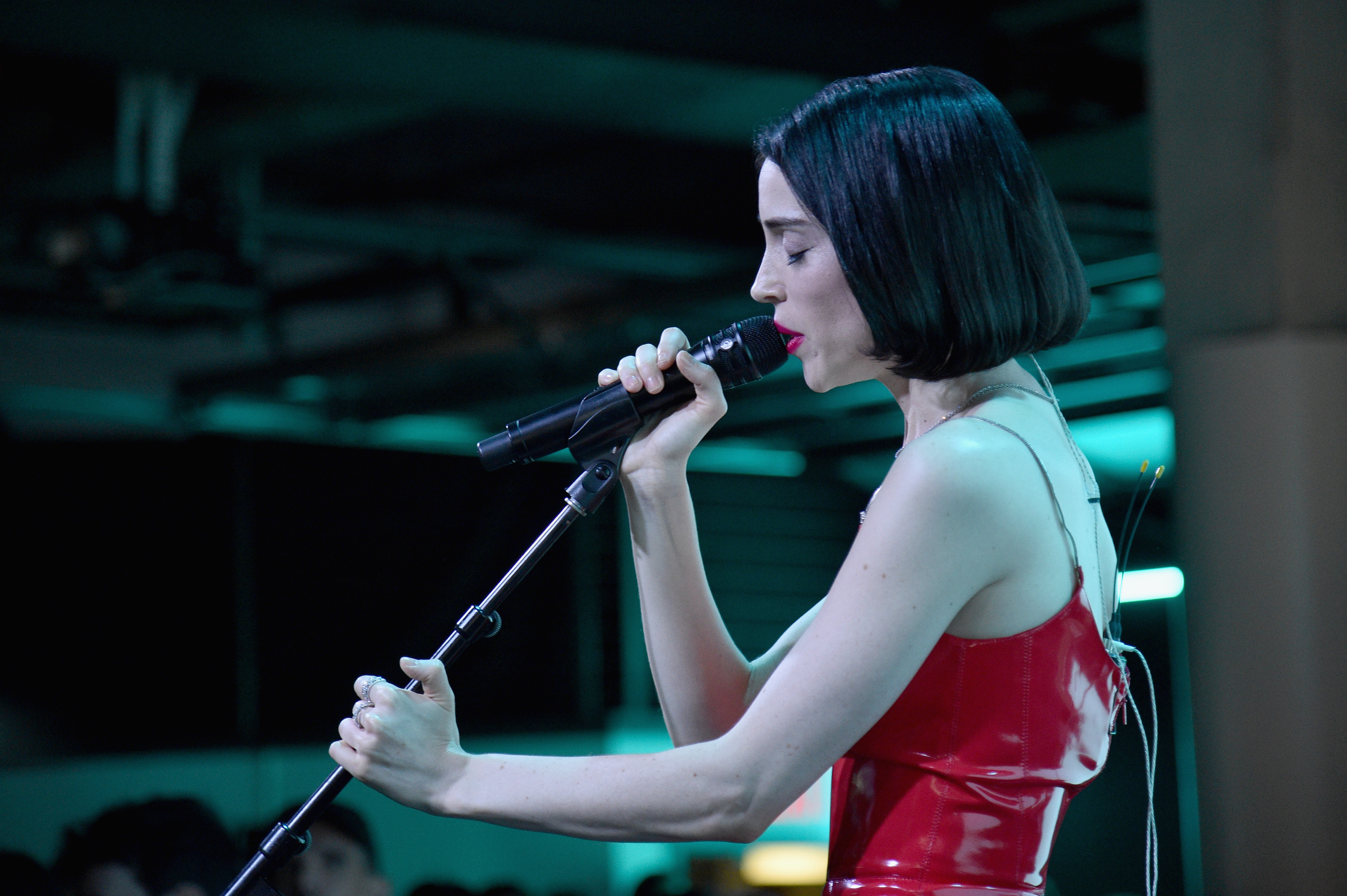 “I tend to think more things are absurd than not and I find humour in the absurdity. I take one step back and try to understand the whole picture. I’ve been on a real history kick recently, trying to under-stand where we have been and where are we going.”

With synths, sitars and soulful vocals, Daddy’s Home presents a funkier sound than we’ve heard from Clark before. The record is inspired by the likes of Sly & The Family Stone, Funkadelic and Steely Dan.

“Music I’ve listened to more than anything in my life,” she tells me, “but I hadn’t really ever touched on it myself. I hadn’t really gone in and investigated all that harmony or really dug into the looseness, the vibe and the feel and all that stuff.

Maybe I wasn’t ready before — but that’s exactly where I wanted to be now.

She teamed up with producer and singer Jack Antonoff (Taylor Swift, Lorde, Lana Del Rey) who also partnered with Clark on Masseduction.

She says: “The first one with Jack was At The Holiday Party. It was like (Rolling Stones hit) You Can’t Always Get What You Want for 2021. It was a Stonesy nod but I wasn’t sure, sonically, what it should be because nothing about it should be pushed, forced or heavy.

“Jack said, ‘Let’s play it on the Wurlitzer’, then I picked up an acoustic guitar. By the end of the day, I’d called my friend Michael Leonhart, who happens to be the music director for Steely Dan, and he came in and that was the point where it was really clear what the palette was with these warmer, wooden sounds.” 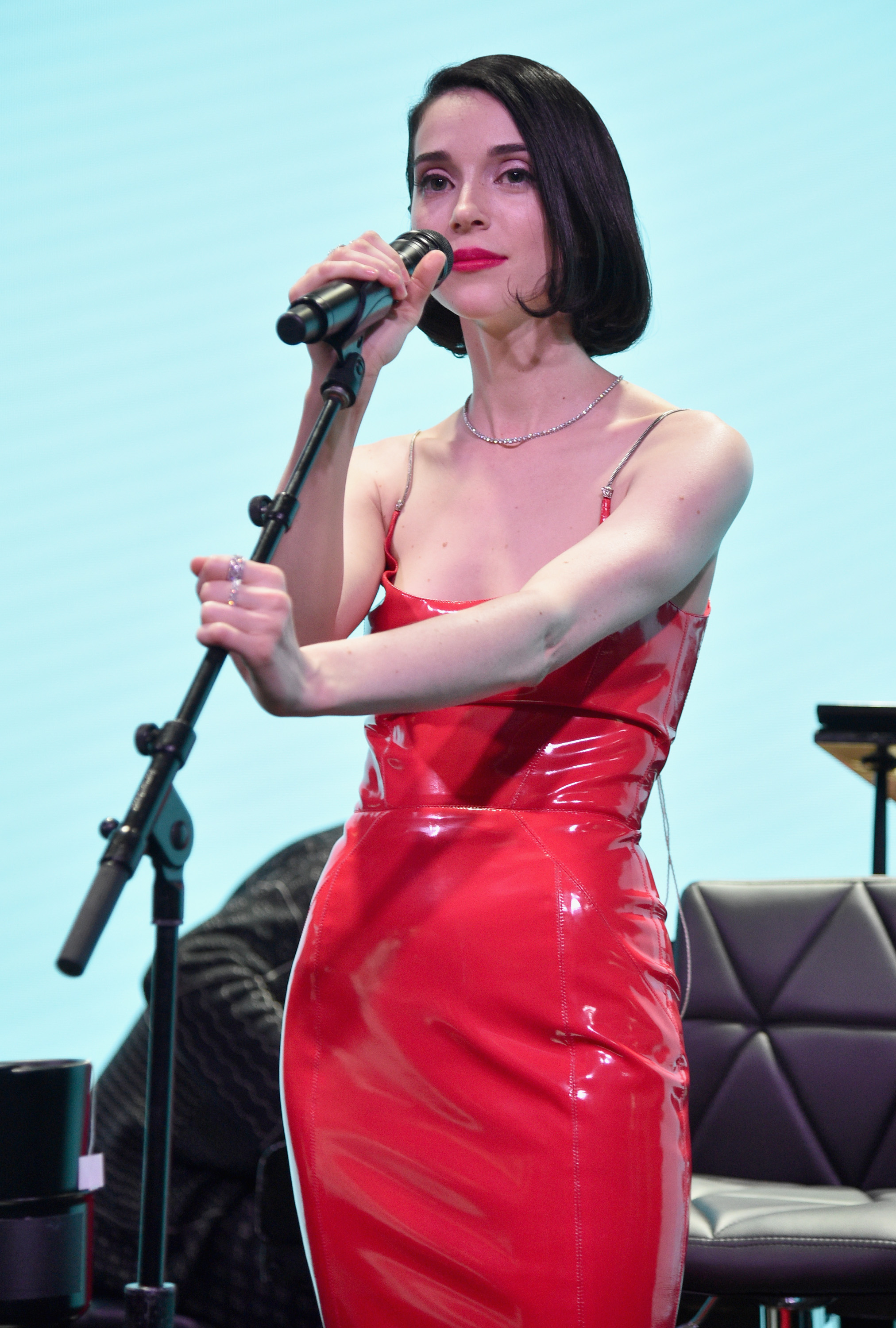 Daddy’s Home presents a funkier sound than we’ve heard from Clark before, it is inspired by ‘music I’ve listened to more than anything in my life’ she explainsCredit: Getty Images – Getty

Clark’s parents divorced when she was three, with both both going on to marry again. But it was through her father Clark found her love of Seventies music.

She says: “I think it’s interesting that the way my father connected with me was by showing us movies, music and books that he liked from when I was age ten.

“You could certainly psycho-analyse and say I was drawn to those things to try and get some kind of connection with my father, who has been very elusive.

Another influence on Clark’s writing was Andy Warhol “Superstar”, transgender icon and muse to The Velvet Underground Candy Darling.

The final track on Daddy’s Home is a tribute. 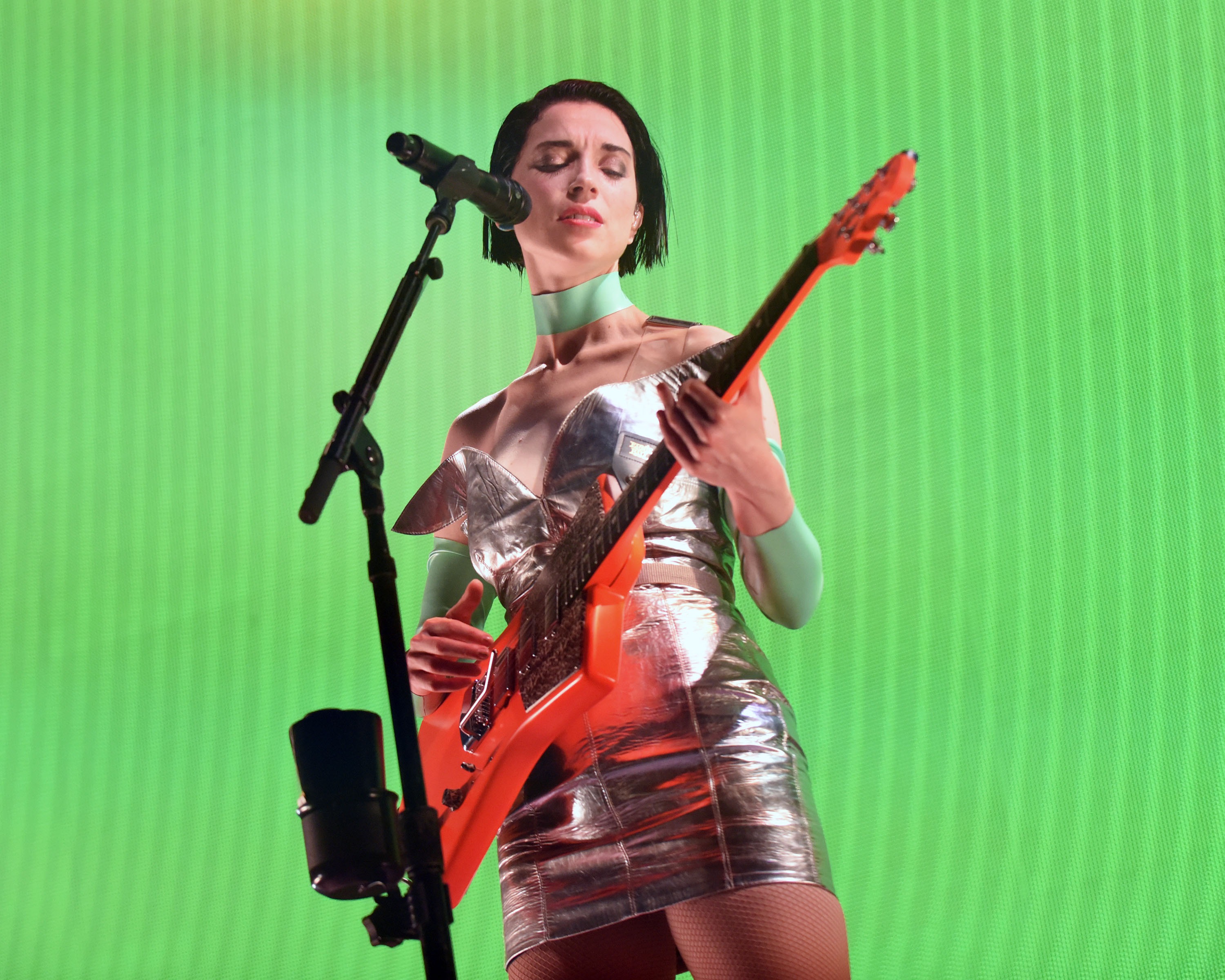 The final track on Daddy’s Home is a tribute to Andy Warhol ‘Superstar’, transgender icon and muse to The Velvet Underground Candy DarlingCredit: Getty – Contributor

“Candy Darling, Gena Rowlands and Lauren Hutton were the blonde Seventies heroines I modelled myself on,” says Clark.

She describes imagining waving Candy off on the “latest uptown train” with armfuls of roses and says she is obsessed with Darling’s life story. The actress, born James Slattery, died in 1974 aged 29.

A surprise influence as Clark made the album is Scottish singer Sheena Easton, who was elevated from telly talent show hopeful to the cool crowd after working with Prince on U Got The Look.

Clark’s song My Baby Wants A Baby has echoes of Easton’s Eighties hit 9 To 5 (Morning Train). “That’s a fun one,” laughs Clark.

“Because for about 12 hours, I walked around thinking I’d written the best melody known to man. It was like I just plucked it out of the ether. ‘Wow, this is like it’s so familiar . . . wait a minute, it’s Sheena Easton!’ 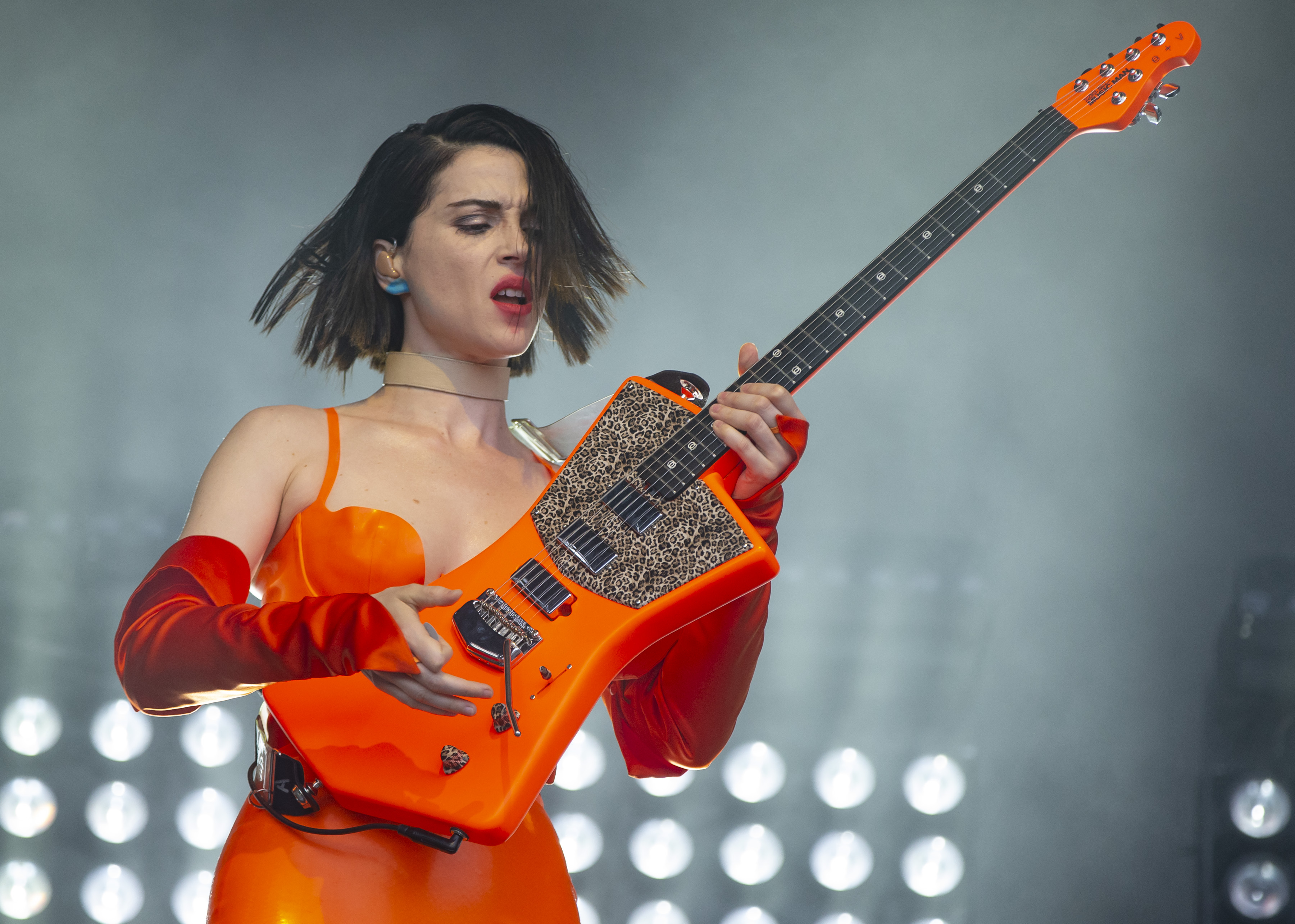 Another big surprise arrived with an un-prompted phone call from Sir Paul McCartney.

He called her out of the blue when Clark had reworked his song Women And Wives for the album McCartney III Imagined.

She says: “I probably made nine different versions of it just trying to make sure it was absolutely right because Sir Paul was going to hear it. No pressure! Then a month later, I see this number come up. I answered it because you want to answer when England is calling. And it was Paul McCartney. And he sounded just like Paul McCartney!

“He was so lovely. He talked about how excited he was for the remix project, that he really loved what I’d done and how great it was we get to play music. And I said, ‘Yes, it is, Paul. It’s the best thing’.

“I was truly dumbfounded. I was doing that thing people do in movies after The Call. I was laugh-crying!”

Clark says she cannot wait to get back on the road. Playing live is the thing she has missed most in lockdown. 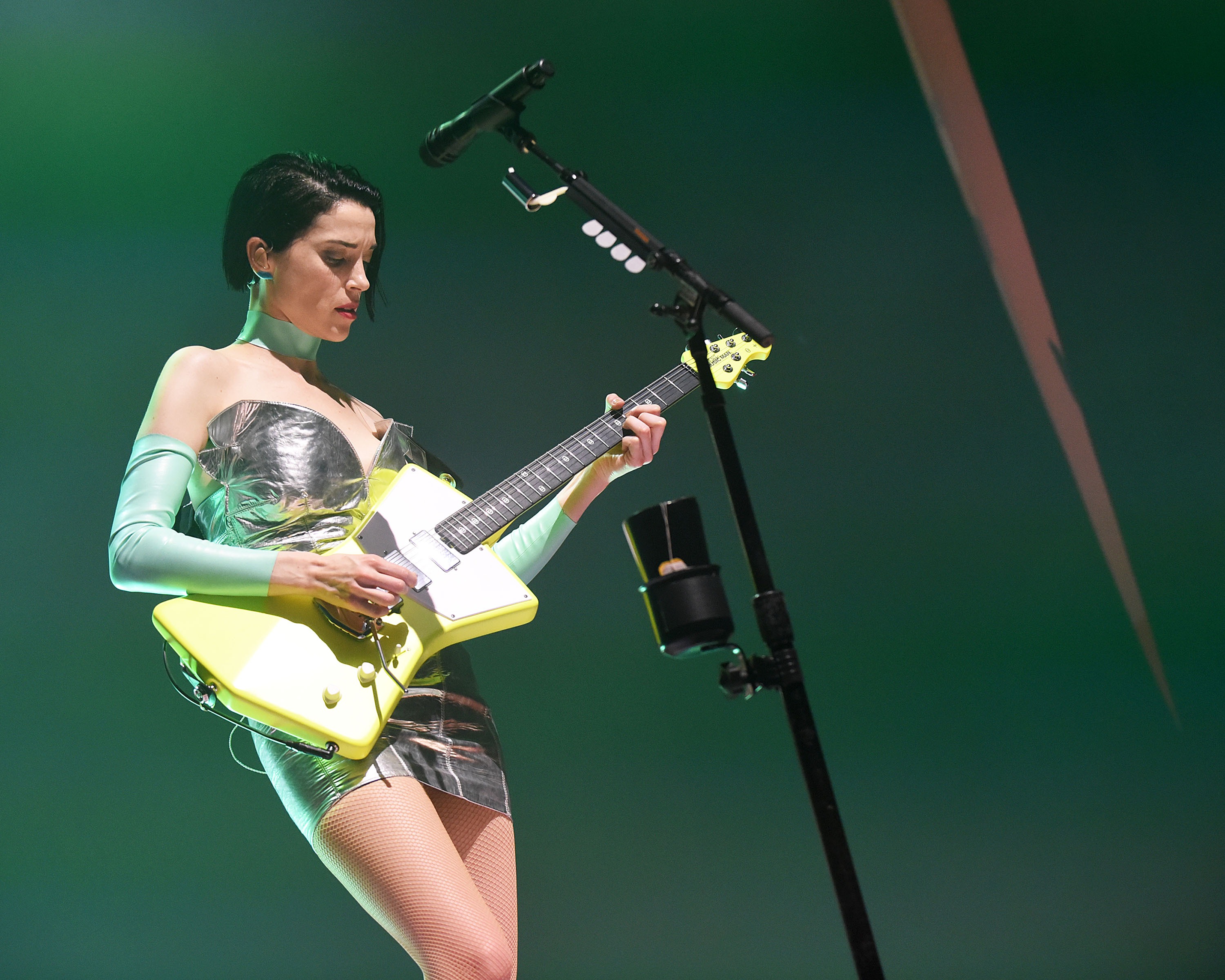 Clark, who cannot wait to get back on the road, misses ‘playing for a bunch of ecstatic people’Credit: Getty – Contributor

“I miss being backstage at a British summer festival, the smell of beer, fresh-cut grass and cow manure in the air and playing for a bunch of ecstatic people.

“That is just the best.”