A new Sting album is on the way

Sting has announced a new album and recently shared how his latest single has been 40 years in the making.

Speaking to Zoe Ball on the BBC Radio 2 Breakfast Show, The Every Breath You Take singer, 69, told a story about a dream he’s had for a long time, and how his new single, If It’s Love, has deeper connections.

‘I’ve always wanted to write a song with a whistle in it,’ he said.

‘When we first had a hit in 1979 with The Police, we had Roxanne in the charts. We played Stoke Town Hall, and I was sleeping in, and the window cleaner was outside whistling my song and I thought, this is what I want.

‘So this is the first attempt after 40 years to write a whistling song.’ 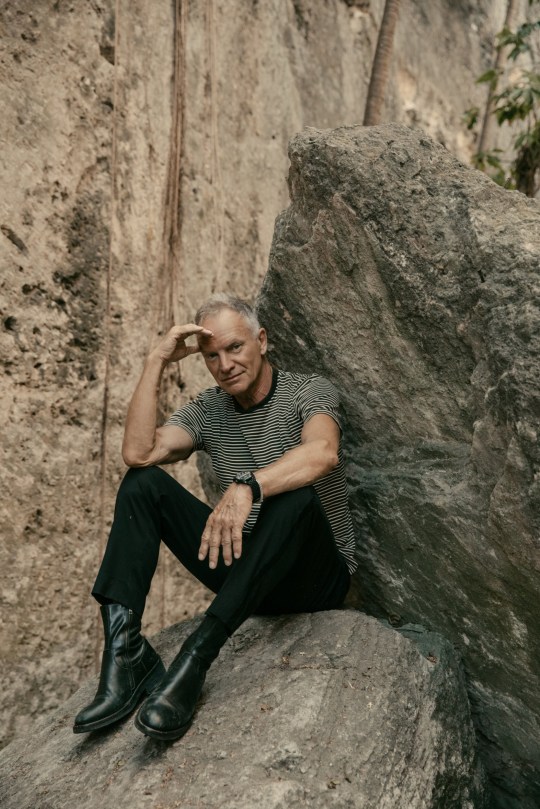 Sting has drawn inspiration from his life and career for his new record (Picture: supplied press photos)

He went on to say the lead track from the upcoming album ‘equates falling in or out of love with an incurable sickness.’

His upcoming album, The Bridge, will be Sting’s 15th studio album, the title of which references how the songs exist ‘between one place and another’.

He said: ‘Between one state of mind and another, between life and death, between relationships. Between pandemics, and between eras, politically, socially and psychologically, all of us are stuck in the middle of something. We need a bridge.’ 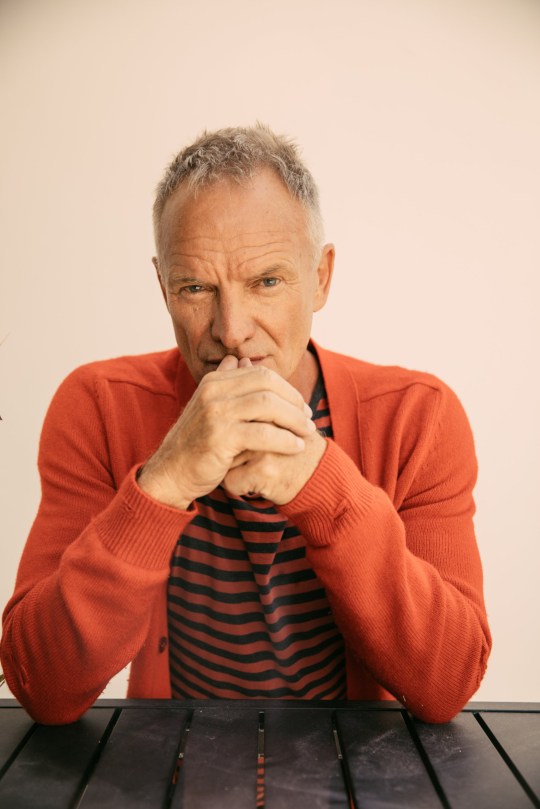 The 17-time Grammy award-winner wrote the album during the pandemic and explores a variety of subjects, including ‘personal loss, separation, disruption, lockdown, and extraordinary social and political turmoil’.

The star has also drawn inspiration from various styles and genres, including rock n roll, jazz, classical music and folk.

Song titles include opener Rushing Water, electronic ballad Loving You and the romantic For Her Love.

Accompanying the album announcement is a sophisticated photoshoot, which shows the artist looking better than ever.

Later this month, Sting will return to the live arena with a performance in Sicily on September 27, followed by concerts at the historic Odeon of Herodes Atticus in Athens on September 30 and October 1.

Soon after, he will launch My Songs: The Las Vegas Residency beginning October 29 at the The Colosseum at Caesars Palace, featuring a collection of his most loved songs.

The Bridge is available to pre-order now, released November 19.