Ten killed and 45 injured in horror bus crash in Croatia

AT least ten people were killed and dozens of others were injured on Sunday when a bus slipped off the highway in eastern Croatia, police said.

The passengers were travelling on a regular bus line between the German city of Frankfurt and the Kosovo capital Pristina, a police official told reporters

A bus swerved off a motorway and crashed in Croatia early today, killing 10 people and injuring at least 30 others, police saidCredit: AP

Photos from the scene showed the bus on the side in the grass near the edge of the road.

Firefighters and rescuers could be seen around the bus while traffic on the highway was halted.

Police said the bus had Kosovo license plates and was on a regular route from Germany to Kosovo capital Pristina, which is located south of Serbia.

The injured were transferred to the hospital in Slavonski Brod.

Health Minister Vili Baros later said 15 kids were passengers and that one girl was seriously injured.

It is an indescribable pain and a great loss

Croatian Prime Minister Andrej Plenkovic expressed sadness and grief and extended his condolences to the relatives of the people who died in the crash and the people of Kosovo.

He tweeted: “We hope the injured will recover.”

Kosovo sent its interior minister to Croatia, as top officials offered condolence to the families of the victims and expressed hope for the swift recovery of the injured.

President Vjosa Osmani, who is in Tokyo at the Olympic Games, extended her sorrow in a message on Facebook.

She said: “With our heart and in spirit, we are close to the families who lost their loved ones in this tragedy. It is an indescribable pain and a great loss.” 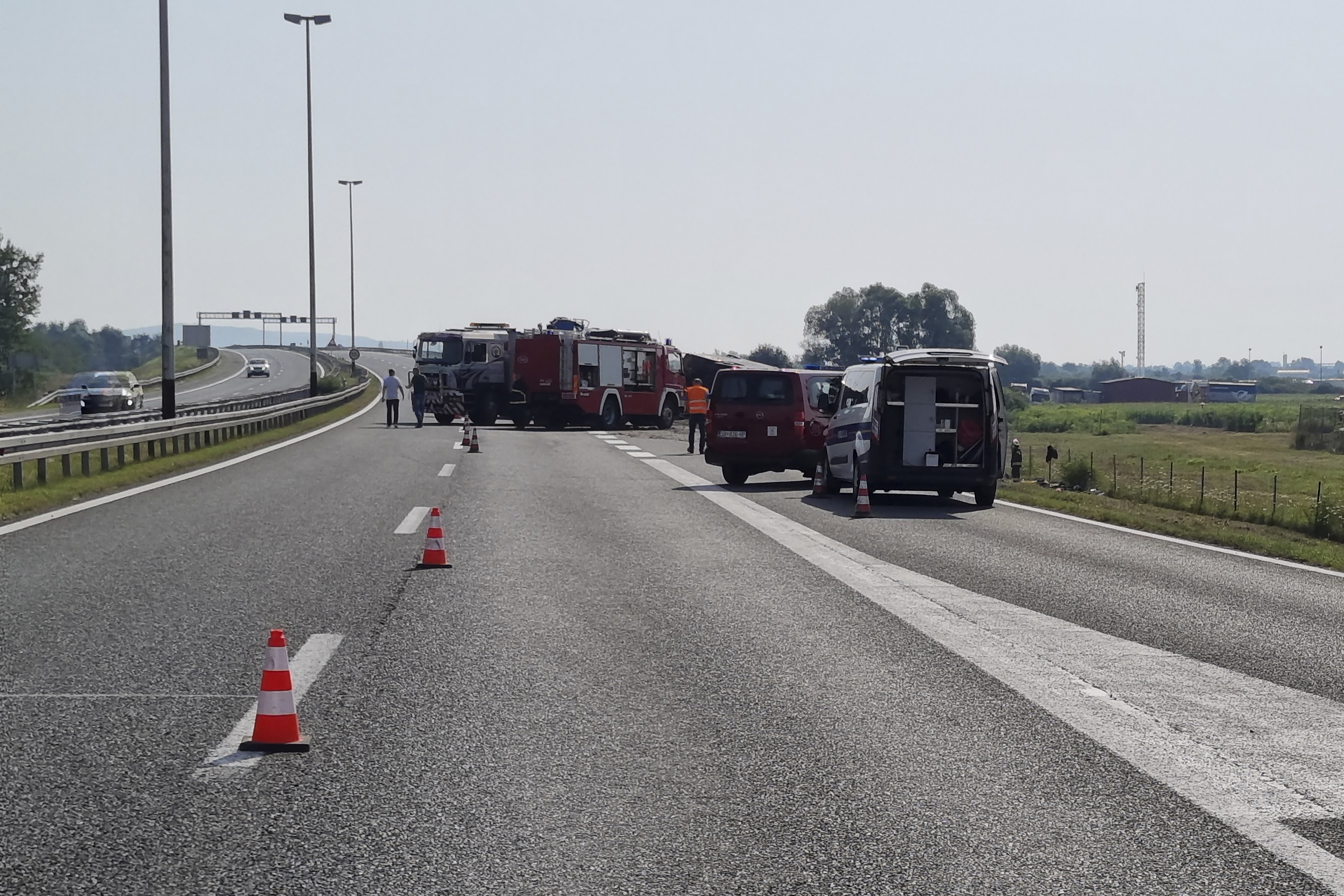 Emergency crews work at the site of a bus accident near Slavonski Brod, CroatiaCredit: AP

The highway where the crash happened is a key traffic artery through Croatia.

It is busy over the summer because of tourism and foreign workers traveling home from Western Europe.