The best independent music venues around the UK 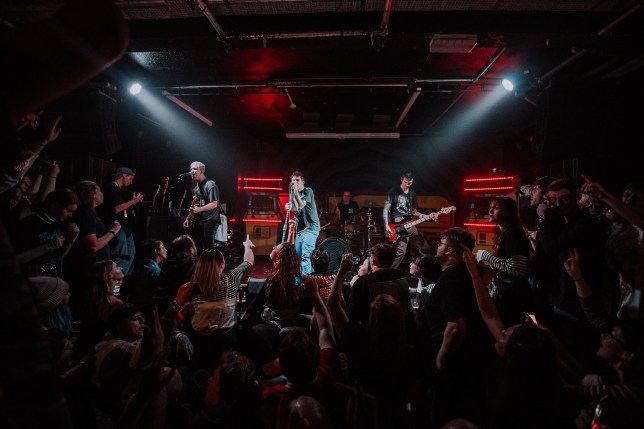 Aren’t we all wishing for a night like this at Clwb Ifor Bach, Cardiff

Unbelievably, it’s now almost a year since the (live) music died. Across the UK, so many grassroots venues – even those fortunate enough to have received financial support – are struggling to survive.

Independent Venue Week might look and sound a little different this year, but it’s a vital opportunity to celebrate those entertainingly noisy spaces and lend much-needed support until they can open their doors again.

Read on below to meet some of the indie gems in need of your support. 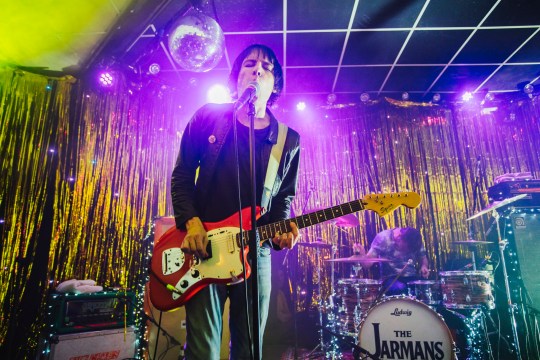 Established as a working men’s club in 1913, this 400-capacity venue has been focusing on live alternative music since the early 1990s and is very much a pillar of the Leeds scene. We caught up with its general manager Nathan Clark.

‘The Brudenell is a lively, fun-loving venue that embraces art and music under a wide and diverse umbrella, with an open music and art policy that believes in freedom and creation, and that music and expression provide useful social interaction.’

‘The Oh Sees played on the floor in our tiny games room when they first came over [from the US]. That’s one of the best gigs I ever saw. Johnny Marr’s done a couple of residencies – he likes the venue.

‘About ten years ago, we had a sold-out gig and a taxi driver came to the venue near the end, managed to get on stage in between the main band’s encore and say, ‘Taxi for Jones?’

‘And then he just jumped off. Four hundred people in that night and everyone is stood there going, ‘what is this?’ That’s one of my unique gig memories.’

‘It’s unique and very diverse. You have a Manchester sound, a Liverpool sound, a Sheffield sound, but Leeds seems to take its influences from everywhere. It’s not necessarily commercial and there are lots of great underground venues, such as Wharf Chambers and Hyde Park Book Club… anyone can put on a gig.’ 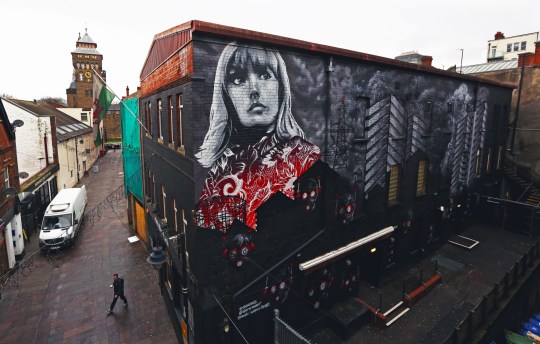 Established as a members’ club in 1983 to provide a space for people to socialise through the Welsh language, this not-for-profit concern (in English, Little Ivor’s Club) is now Cardiff’s leading live music venue and can pack 400 people into its two rooms. We chatted with chief executive Guto Brychan about the club.

‘The focus is very much on new and emerging music and quite broad in terms of the genre spectrum we try to represent. Some independent venues have to put on covers bands to generate revenue but we’re lucky we don’t have to.’

‘I used to do the booking and I put on Goldie Lookin Chain’s first ever show in around 2003 – that was complete carnage, in a good way.

‘The gig was completely sold out and then they turned up with 100 people on the guest list. It was so tightly packed and one song started a moshpit and I’m going, ‘there’s no room for a moshpit!’ That always sticks in my mind – I’m not sure you’d get away with it now.’

‘It’s a vibrant, albeit small scene and part of the challenge we have in Cardiff and in Wales is we don’t have enough infrastructure, so the focus can often be quite local. But bands do break through on a regular basis: Boy Azooga have had a lot of success and Buzzard Buzzard Buzzard are just coming through now.’ 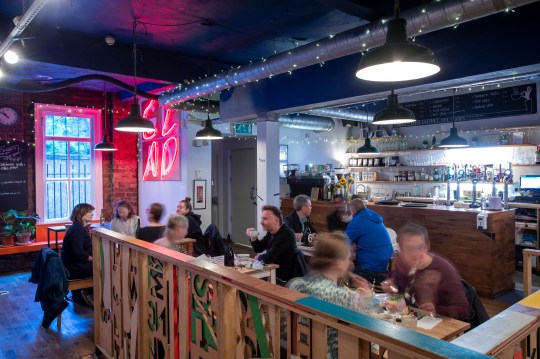 Live music and a cuppa at Glad CafE (Picture: photographeverything.net)

A not-for-profit music venue (and café) on the southside, with a community-based focus and a programme that includes film, drama, storytelling and philosophical talks performing to crowds up to 120. The manager is Kim Blyth.

‘Any profit we make goes back to the community. We’re passionate about music tuition, so we put on workshops, go into schools and hold music classes for young people in the area that are either free or affordable.’

‘It’s hard to pick, but we’ve had some good venue birthday parties: The Pastels was one of my favourites and King Ayisoba, who came over from Ghana for our sixth birthday celebration.

Also, Deacon Blue did a fundraiser for us in 2019 because we had a bill for £40,000, for essential roof repairs. Ricky Ross and Lorraine McIntosh, who are friends of Rachel [Smillie, Glad Cafe’s founder], said they’d do a full-band show. We’re forever indebted to them.’

‘Glasgow’s got such a strong scene, not just in regard to Scotland but across the UK and beyond. So many bands are synonymous with Glasgow and we’ve got such a great DIY culture here; it’s a big city but the scene’s got a real local feel to it.’ 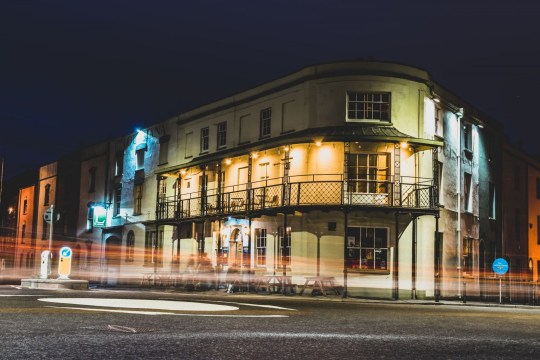 Head to the Lousiana for an inclusive scene and big names

A family-run venue in what was once a seafarers’ hotel that’s been going for 34 years and is a much-loved city institution, which can welcome 140 people through its doors each night. Joe Talbot from Idles worked behind the bar for several years – and we caught up with Mig Shillace, the manager and music booker.

‘Making sure the venue is a safe and inclusive space – everybody is welcome, no matter what you look like. We make it very friendly and we won’t book anything that’s right-wing.’

‘Everybody from Amy Winehouse and Dua Lipa to The Strokes, White Stripes… Coldplay have played here four times.

The third time Scissor Sisters played, they were starting to get massive and we had to walk them to the stage, almost like a guard of honour.

And José González’s acoustic set was incredible; the live room has a balcony and it was summer and so hot, we had the doors open. It was perfect.’

‘Bristol is known for Portishead and Massive Attack but that’s a bit of lazy tagging, really. Obviously Idles have broken through now, but there are also bands like Pet Shimmers, Lice, Scalping, who are doing very well, artists like Fenne Lily and Billy Nomates… lots of great music coming through.’ 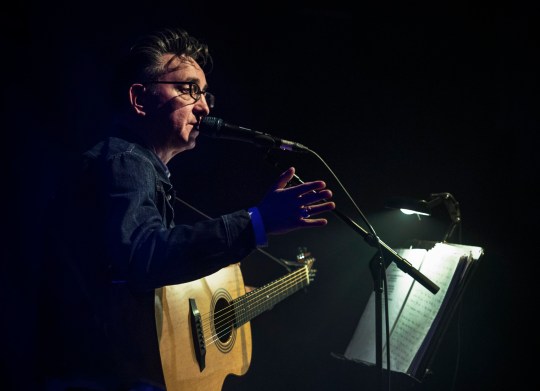 Now boasting a recording studio and rehearsal rooms, this 500-capacity venue launched its current incarnation as Bury Metropolitan Art Association in 1979, the year before Joy Division played one of their final shows there – the so-called ‘Derby Hall riot’. The marketing manager is Adam Comstive.

‘The Met exists to lead as an ambassador and advocate for high-quality arts throughout our communities, particularly in Bury and regionally, celebrating and sharing our success and values.’

‘IVW has been huge in having Richard Hawley come and play two-night residencies for the past three years: they’re shows by someone who can play huge venues, but our room makes them feel like a friend popping by.

‘He has guest musicians come in with him – he had Martin Simpson as sideman for one of his IVW gigs in 2019. Richard has a little weekend in Bury every year in late January.

‘Also, we’ve been involved with The Slow Readers Club from quite early on in their career. They recorded their second and third albums in our studio.’

‘We’ve had to create a niche and be a little different. If any touring bands have the option of going to Bury or Manchester, so many would choose Manchester, which means we’ve had to work hard and keep delivering audiences.

‘Now, we have established career artists who will go to The Met rather than play a Manchester date.’ 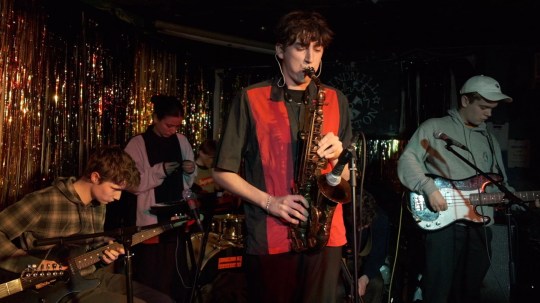 Named after the working windmill (London’s last) nearby and a very locally minded fixture on the capital’s alternative music scene for two decades. A dog used to live on the roof, seemingly undisturbed by the 150-strong crowds. We talk to music booker, Tim Perry.

‘I think what the Windmill’s meant to be is a local venue in a big city. If you go right back to Alabama 3 and Clor, it’s provided a space for people from that part of south London to express themselves without having to go through the sausage machine of the music industry.’

‘It was Black Midi New Road, in December 2019, which was a couple of bands that had come through the venue [Black Midi and Black Country, New Road] doing something experimental together at the Christmas party, with all proceeds going to Brixton Soup Kitchen.

‘There’s been brilliant gigs throughout my 20 years but that one really summed up the community spirit of the bands and the venue. Of course, the music was great as well.’

‘At the grassroots level, it’s buzzing. Now, you’re getting a lot of young, creative bands whose access to music is so great and they have so many influences so, by the time they’re 18, they’re able to meld those into genres people couldn’t have dreamed of.’