Jolly Roger is working on something new… (Picture: Getty)

Outside of The Who, Roger Daltrey’s latest business venture (launched with his son and sons-in-law) is Lakedown Brewing Co. – an independent brewery and taproom at his Lakedown Trout Fishery, near Burwash Common, in East Sussex.

‘I was never really a beer fan,’ he admits, ‘but the difference between craft beer and off-the-shelf beer is chalk and cheese. So I have to say that I’m now of the opinion that beer is the new wine.’

Using water from a spring on his farm, and feeding the waste to his animals – ‘it’s a cyclical thing to do on a farm’ – he’s producing a range of fine tipples, including an American Pale, American Red, English Pale, a bitter and a porter, with plans for low-alcohol additions, and a brew entitled The Kicking Donkey.

There’s no substitute for the thrill of playing in front of a live audience, but as The Who’s Roger Daltrey’s discovered, a return to gigging after a long pandemic-enforced break can take some getting used to.

‘The hardest thing to get used to is the noise! You have no idea!’ cries the singer – whose band were once famously listed in The Guinness Book Of Records as the world’s loudest. 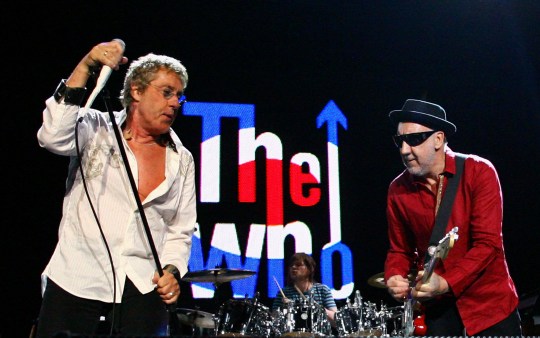 Roger and guitarist Pete Townshend have reunited for The Who Hits Back!, a grand North American saunter (Picture: Bradley Kanaris/Getty Images)

‘When there’s 20,000 people out there shouting and screaming and the band’s playing, your ears get a helluva pounding. It takes you a few gigs to get your head into that sound,’ he laughs. ‘But the tour’s going very well, we can’t believe we’re out. It’s been incredibly exhilarating; a weird working environment – having to test everyone all of the time – but the reviews have been incredible.’

Roger and guitarist Pete Townshend have reunited for The Who Hits Back!, a grand North American saunter that keeps the legendary mods-turned-rockers busy for most of the year. Joining them performing such epics as Pinball Wizard, Who Are You, and Baba O’Riley, is a full orchestra – a format that Roger believes really showcases Pete’s considerable compositional skills.

‘It feels like Pete’s music has come of age. It’s full growth,’ he enthuses, quickly adding this isn’t a symphonic Who, but the full Who experience, plus something else. ‘We haven’t watered The Who down at all, it’s just natural instruments playing other melodies within the music. The sound is absolutely huge, it’s incredible.

‘We’ve been listening to synthesized music for so long, you forget the power of real instruments. And when you hear real strings playing some of the parts Pete originally wrote on synthesizers, with other parts added, it does something to the body that synthesizers can’t do.’ 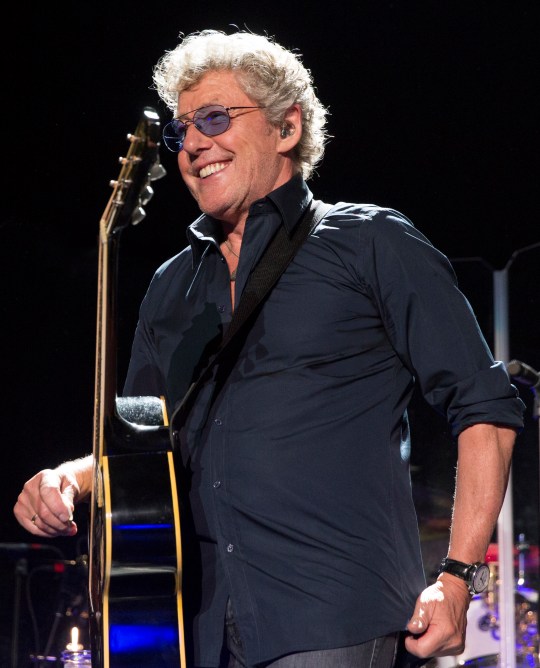 At 78, Roger thinks his voice sounds better than ever (Picture: William Snyder)

Roger hopes that the tour will make it to the UK soon. ‘Pete’s indicated that he only ever wants to tour with the orchestra. I think he hears what I hear, it’s like the potential blooming of his music – it’s in natural full bloom, you know? It only took me 30 years to get him to do it!’

The Who Hits Back! shows pause soon, allowing Roger to return to the UK for a dozen solo dates – a tour he planned last year, in part as a way to help out other musicians and technicians who’d been hard hit by lockdowns.

‘Musicians were very poorly treated in the pandemic, so this is all about trying to give work to road crews and musicians,’ he says. ‘We’ve had people who’ve been eating out of food banks and soup kitchens.’

He has high praise for the ten musicians and ‘loyal crew’ joining him, detailing the considerable costs of touring, planning, insurance issues, and how the pitiful fees from streaming services have impacted his industry, and increased the importance of gigging.

‘It’s a very worrying situation, ’cos if musicians can’t earn a living playing and composing music, they’ll stop doing it – it’s as simple as that.’ 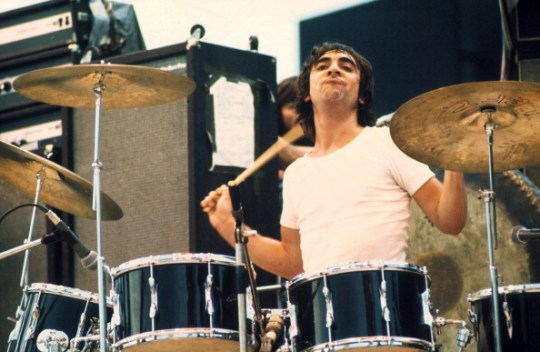 The story of the Who drummer could have awards potential (Picture: Michael Putland/Getty Images)

Earlier this year, it was reported that Roger’s long-planned biopic of wild Who drummer Keith Moon, who died of a drug overdose in 1978, was ready to start filming.

But having read the script, Roger decided ‘it was not good enough, not what I wanted.’

So he sat down with friend and writer Nigel Hinton, and has now penned the definitive script himself.

‘I’m really happy with it. It’s going to get made, and I’ve just got to find a Keith Moon – which will be the hardest thing because it’s a very tricky part to play, it covers an awful lot of emotions. The role of Keith is an actor’s dream, but it has to be an actor who is willing to be courageous and brave. He was the ultimate mimic, and the ultimate comedian – the funniest man I’ve ever met in all of my life.

‘It will be a very entertaining film, a hard-hitting film, and a lot of fun, a lot of tragedy, and I think there will be empathy with him – which will be nice. If done correctly, acted correctly, directed correctly, it has award-winning potential.’

The UK dates will see Roger dipping into his entire (and under-rated) solo career, from 1973’s Daltrey (which included the hit Giving It All Away), through to Going Back Home (his return to the blues with Wilko Johnson), and 2018’s Top Ten As Long As I Have You – all of which highlight that still-incredible voice.

‘My voice is probably better than it’s ever been – as you can see if you look up The Who tour at the moment. All I ever wanted to be was a great singer and I think, maybe, in the last few years of my life, I’ve become something near to where I hoped I’d be.’

And as an added bonus, the tour will also see the 78-year-old rock legend taking questions from the audience. ‘That’s exciting!’ he declares, at the prospect of pulling random questions from a bucket.

‘We’ll do what we can and have a laugh – try and take the weight off people’s feet for a night, ‘cos life’s a bit heavy at the moment, isn’t it?’

Roger’s solo tour starts in Bournemouth on Monday and runs across the UK until July 17. Find out more on The Who website. 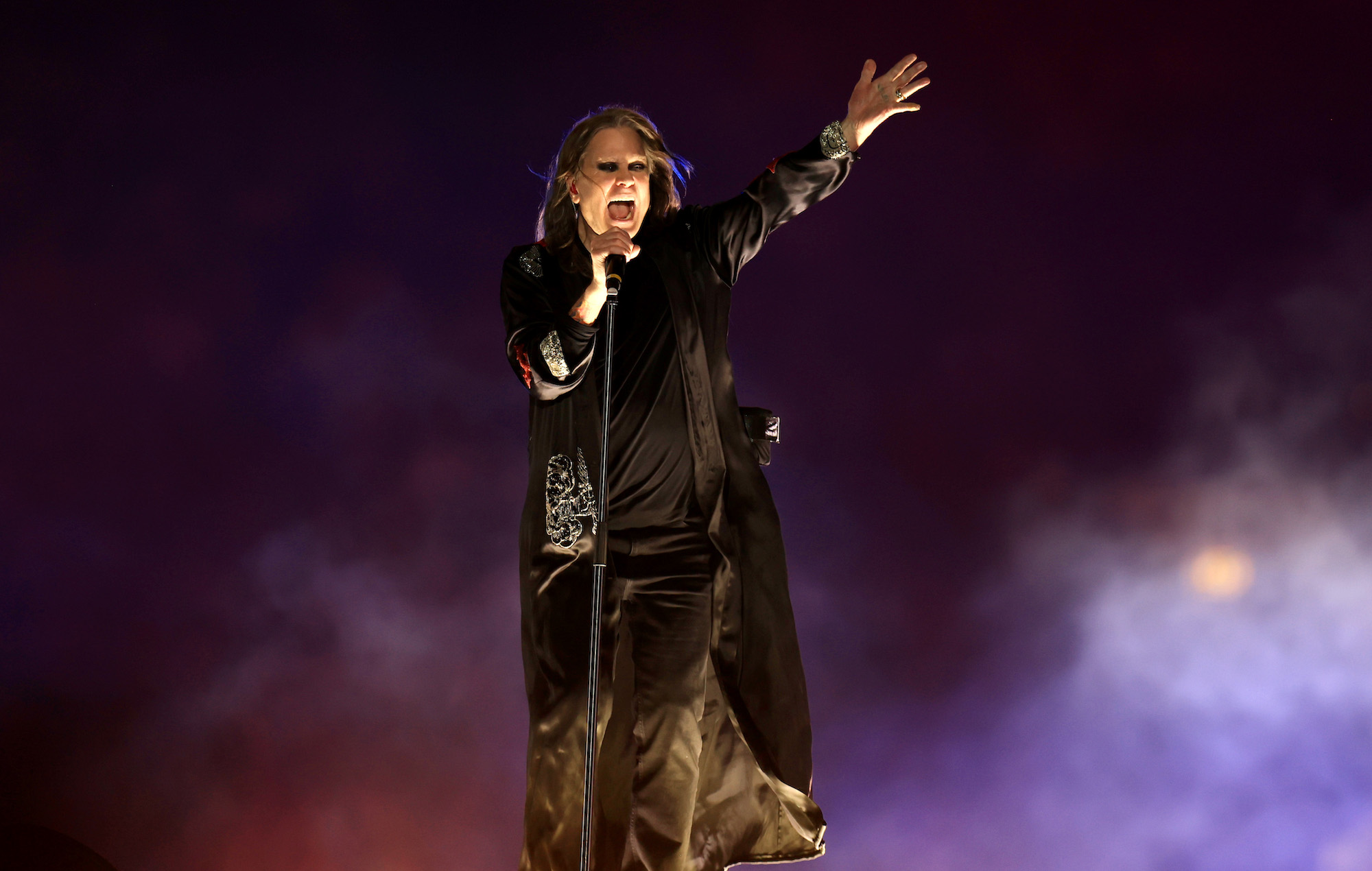 MPs are calling on the Queen to recognise Black Sabbath’s “great contribution” to British music and beyond in an open...

The National are teasing a new song with Bon Iver

Kendrick Lamar declares Baby Keem to be a “musical genius”