Bono’s success with U2 has been a mixed blessing for his son’s band Inhaler (Picture: Redferns/AFP via Getty)

U2 rocker Bono’s son Elijah Hewson has said the success of his band Inhaler is partly down to finding a fanbase who have never heard of U2, as he claimed his dad’s fame has both opened and shut doors for them.

The popular Irish rock band, who released their first single, I Want You, in 2017 and placed fifth in BBC’s Sound Of 2020, went straight to number one on Friday with their critically acclaimed debut album It Won’t Always Be Like This.

The Dublin rock band become the first Irish act to top the chart with their debut album in 13 years, since The Script’s self-titled debut in 2008.

The frontman told the PA news agency being the son of a rock star had opened ‘a lot of doors’ but the band still had to prove themselves.

He said: ‘I don’t blame people who are interested in it. I would be interested if I heard that some person was in the same position I was in. 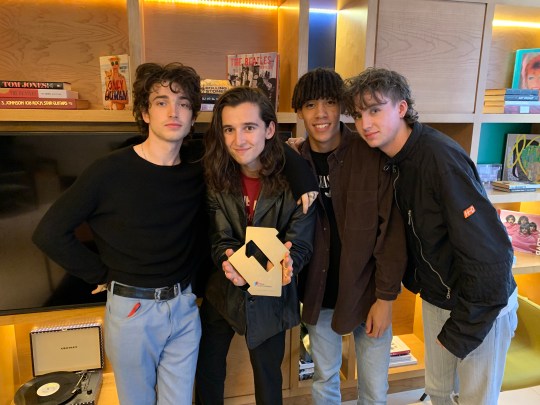 The 21-year-old singer also explained the band had been able to find ‘our own fanbase in the UK who maybe don’t know how U2 is or are’.

Discussing his musical pedigree, Elijah admitted: ‘It has definitely allowed a lot of doors to be opened but I think those doors shut just as fast because some people may have pre-biases to the band.

‘But we are OK with that as long as you come to see a show and you buy a T-shirt on the way out,’ he joked. 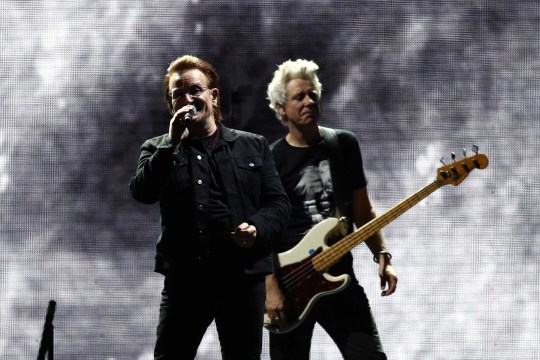 U2 have had 10 UK number one albums (Picture: Chung Sung-Jun/Getty Images)

The singer is pretty relaxed over his voice being described as similar to his father’s, who has fronted U2 since 1976, as it’s ‘not much of a surprise because it’s just DNA, isn’t it’.

He added that the band ‘grafted’ to reach their current level of success, despite the pandemic halting their progress and delaying tour dates.

Although he agreed it was ‘really, really handy’ to have his dad on hand for advice, Elijah maintained Inhaler discovered that they needed to ‘figure things out’ on their own.

‘I am sure a lot of people would have expected us just to take the easy route and use connections and stuff, but we haven’t done that.

‘We did all the grafting. We have done a lot of grafting. You need to do it yourself to build character and make sure that your band can continue.’

It Won’t Always Be Like This by Inhaler is out now on Polydor.