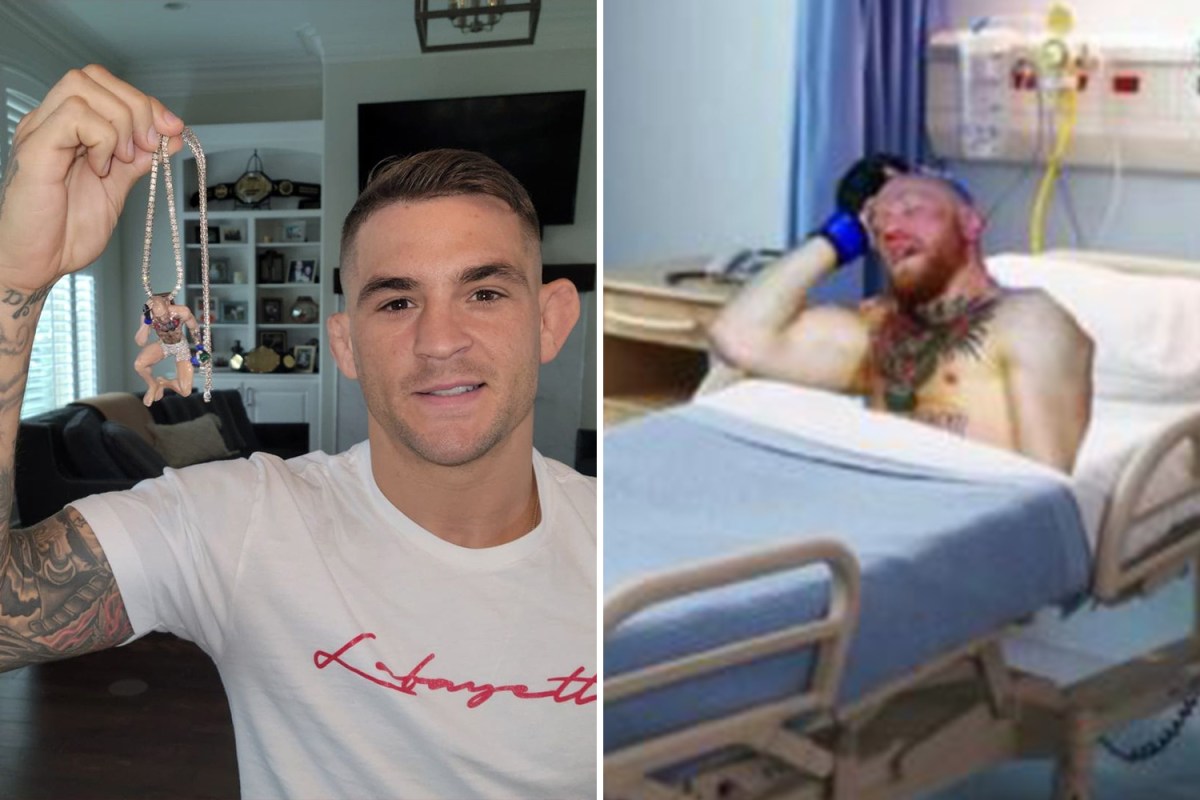 DUSTIN POIRIER has received a humorous ‘Sleepy Conor McGregor’ necklace from YouTuber Jake Paul – and vows to sell it for charity.

The funny jewellery is a reference to a meme of McGregor on the floor following his initial defeat to Poirier at UFC 257 in January. 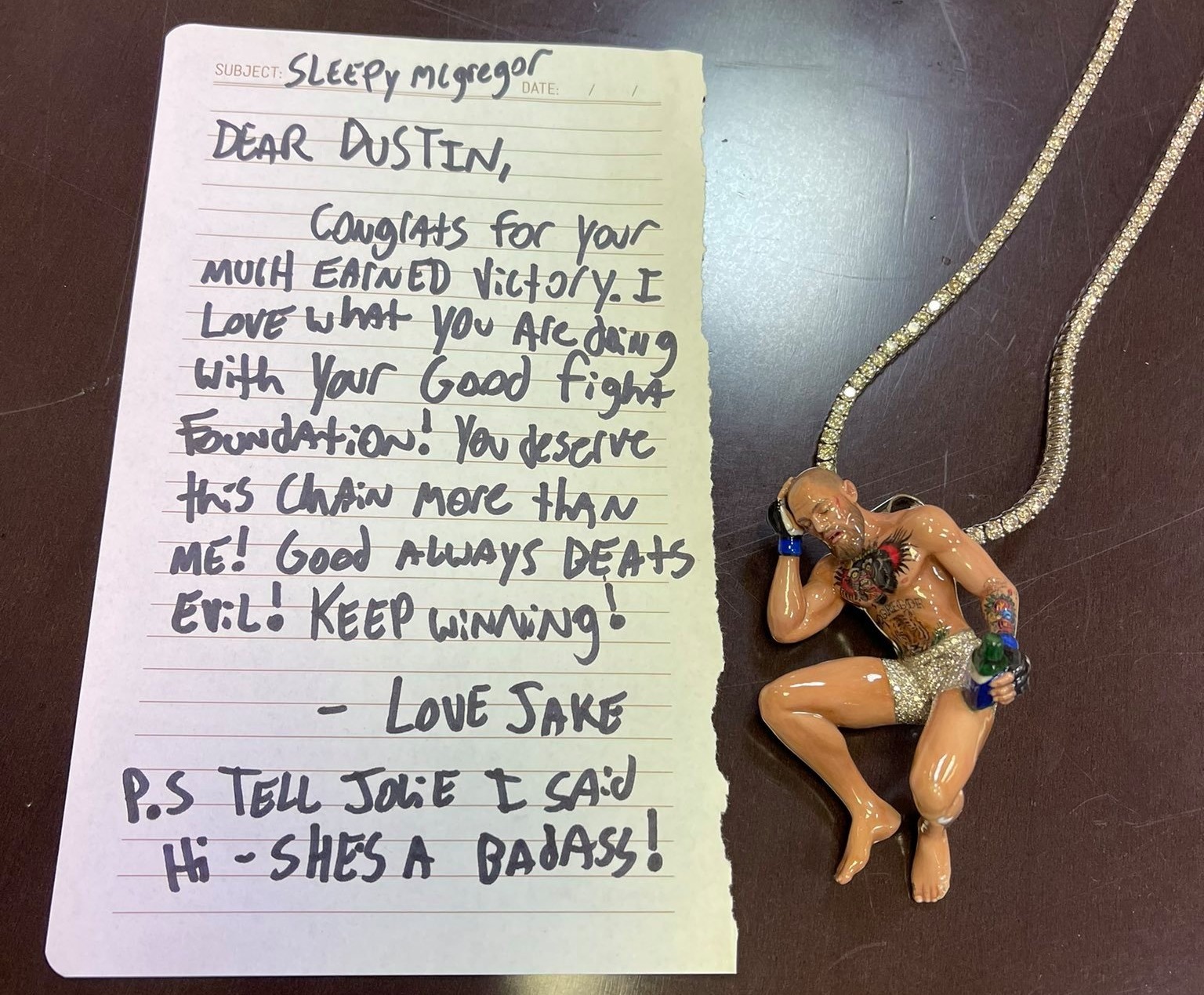 The meme of McGregor, 33, lying down was mocked by thousands on Twitter and has since been dubbed ‘Sleepy Mac.’

Poirier, 32, shared a picture of the necklace on social media after receiving the gift from Paul.

The image was captioned: “Got the Sleepy Mac chain today from Jake Paul.

“I will be auctioning it off soon for The Good Fight Foundation to do something big in Lafayette!”

The YouTuber recently posted a video teasing McGregor by wearing the jewellery – before sending it to Poirier.

The Good Fight Foundation is Poirier’s charity and Lafayette is the fighter’s home town in Louisiana.

Paul enclosed the necklace with a note that reads: “Congrats for your much earned victory.

“I love what you are doing with your good fight foundation! You deserve this chain more than me!

The YouTuber is keen to fight McGregor in the boxing ring and recently told the Irishman to ‘take the fight’ on Instagram.

And Khabib Nurmagomedov’s manager Ali Abdelaziz has backed Paul to ‘beat the s***’ out of McGregor.

McGregor is currently recovering from a broken leg after suffering the horrific injury against Poirier at UFC 264. 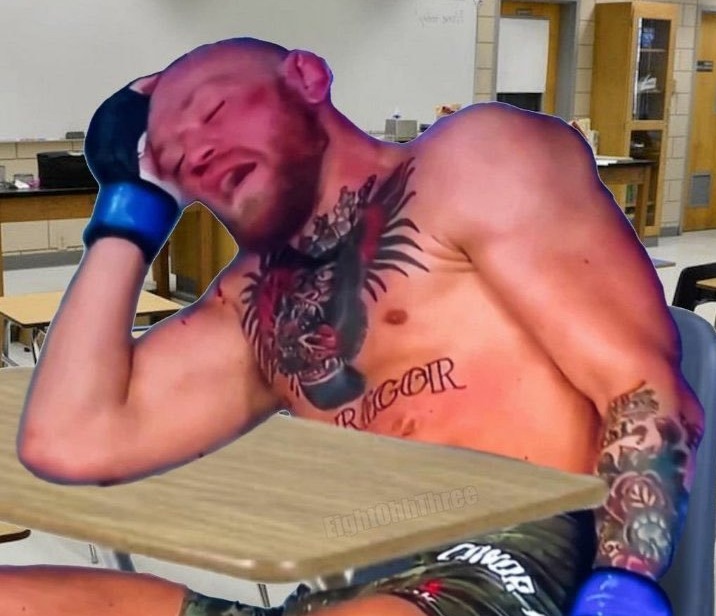 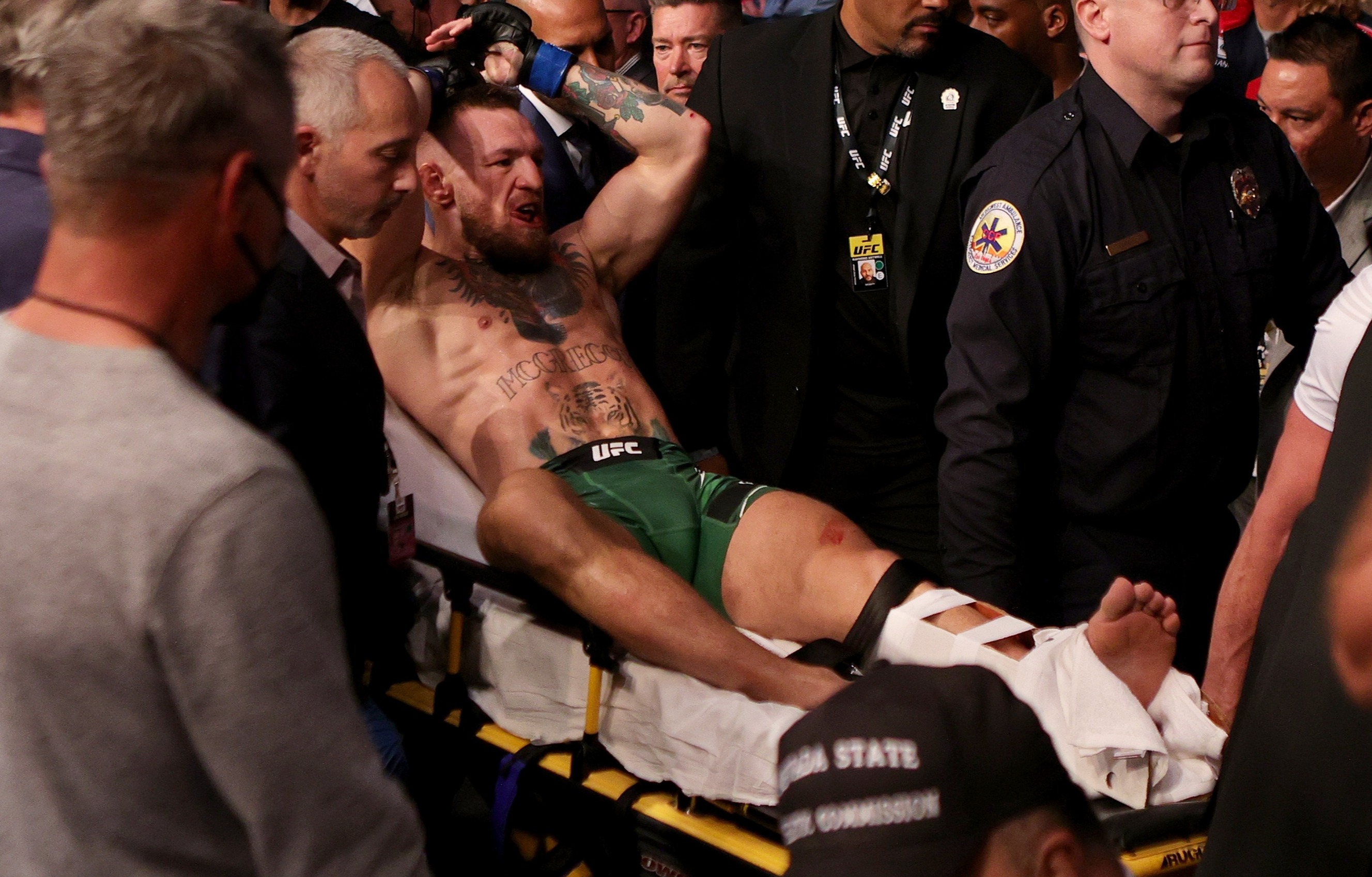 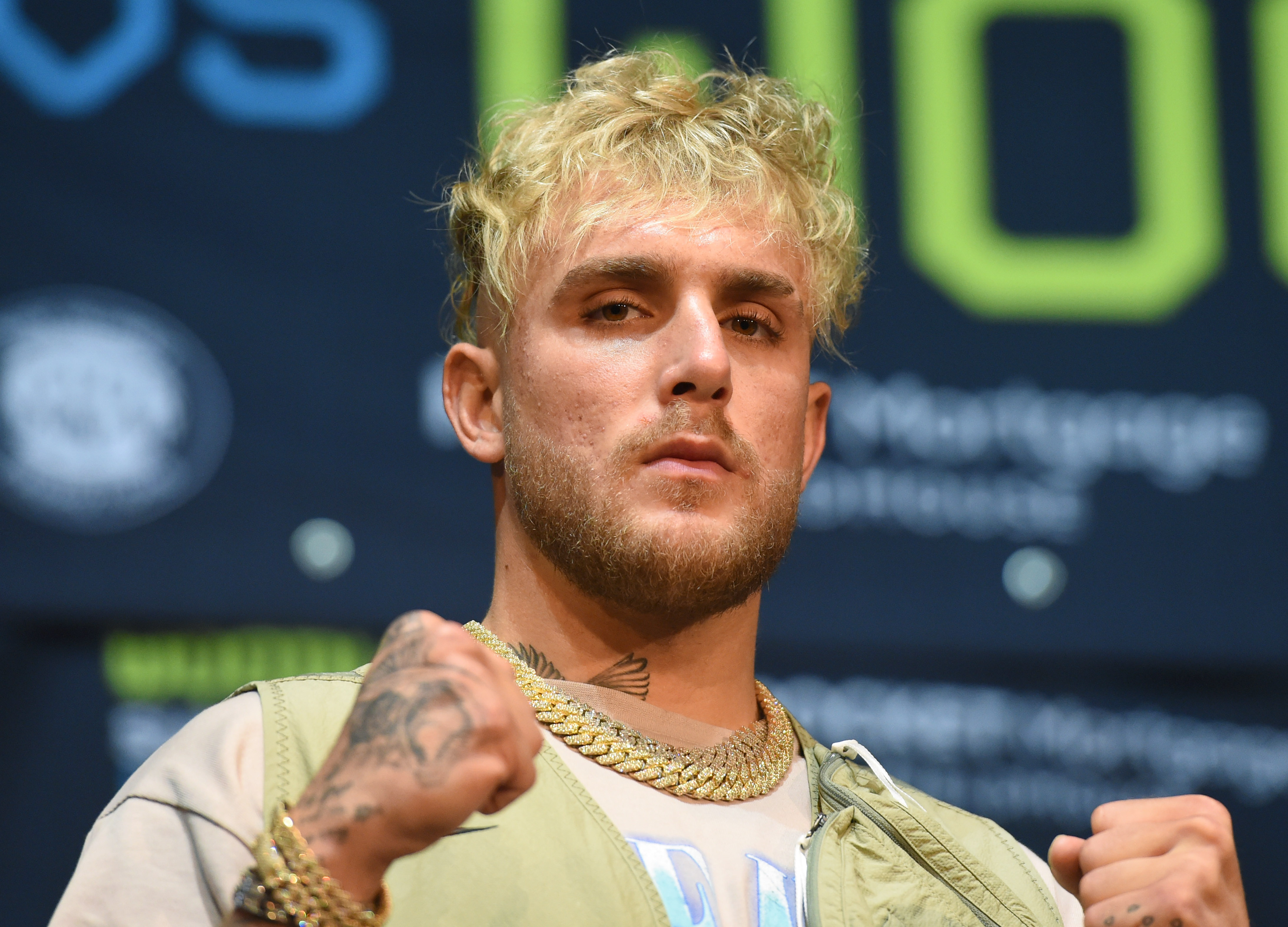 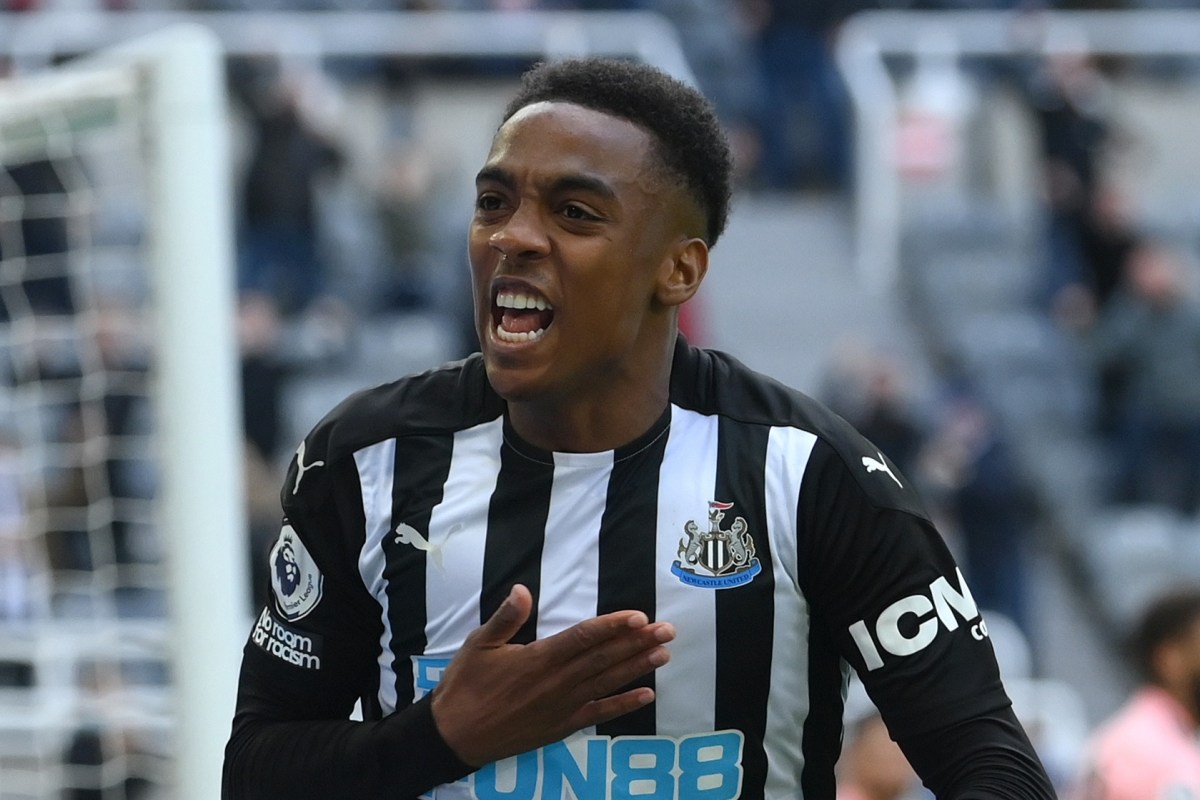 NEWCASTLE are pushing for a fresh deal with Arsenal for Joe Willock. Steve Bruce has stated that the 21-year-old is...

Billie Eilish reflects on her early fame in new interview