What is Geena Davis’ net worth?

GEENA Davis is known for advocating for gender equality in the media industry.

The American actress is known for her roles in Thelma & Louise, The Long Kiss Goodnight, and A League of Their Own.

What is Geena Davis’ net worth?

Davis has been since 1982 when she got her start in Tootsie.

Since then, Davis has gone on to star in many popular films, including Beetlejuice, Stuart Little 1, 2, and 3, and even had a recurring role on Grey’s Anatomy as Dr. Nicole Herman.

Known as one of the world’s biggest leading ladies from the 90s and 00s, Davis has accumulated an estimated net worth of $30 million according to Celebrity Net Worth.

Prior to her acting days, Davis worked as a window mannequin for Ann Taylor after graduating Boston University before being signed by Zoli modeling agency.

Why is Geena Davis trending?

Following her role in Ava back in 2020, Davis took a break from acting to focus on fighting for increasing opportunities for women on screen.

Davis first advocated for herself over 30 years ago to get a role in Ridley Scott’s Thelma & Louise.

For more than a year, Davis had lobbied for her role according to CBS News.

“I was gonna be in that movie,” Davis said.

Known as one of the most powerful films of a generation, Davis told Tracy Smith that she didn’t even know the impact it would have years later, just that she knew she wanted to be in it.

“I didn’t care, I was going to be in that movie,” she continued. ” It was a small movie, very small budget, and we just hoped people would see it and not hate the ending, you know? We had no clue it would strike a nerve like that.”

Following her advocation for herself, in 2004, Davis revealed that she noticed there were more boys than girls in the TV shows her daughter watched and from then on, she wanted to make a change in the industry.

In her 2018 documentary, This Changes Everything, Davis revealed that male to female casting is now 50-50 among productions.

When Smith asked Davis if she believes Hollywood is finally understanding the gap, she said that she does.

“I think so,” Davis answered. “You know, they made ‘Black Widow,’ you know, which recently opened to great success. And I think we’re definitely headed more in that direction. To have more blockbusters with women in the lead roles, is definitely happening more, which is very exciting.” 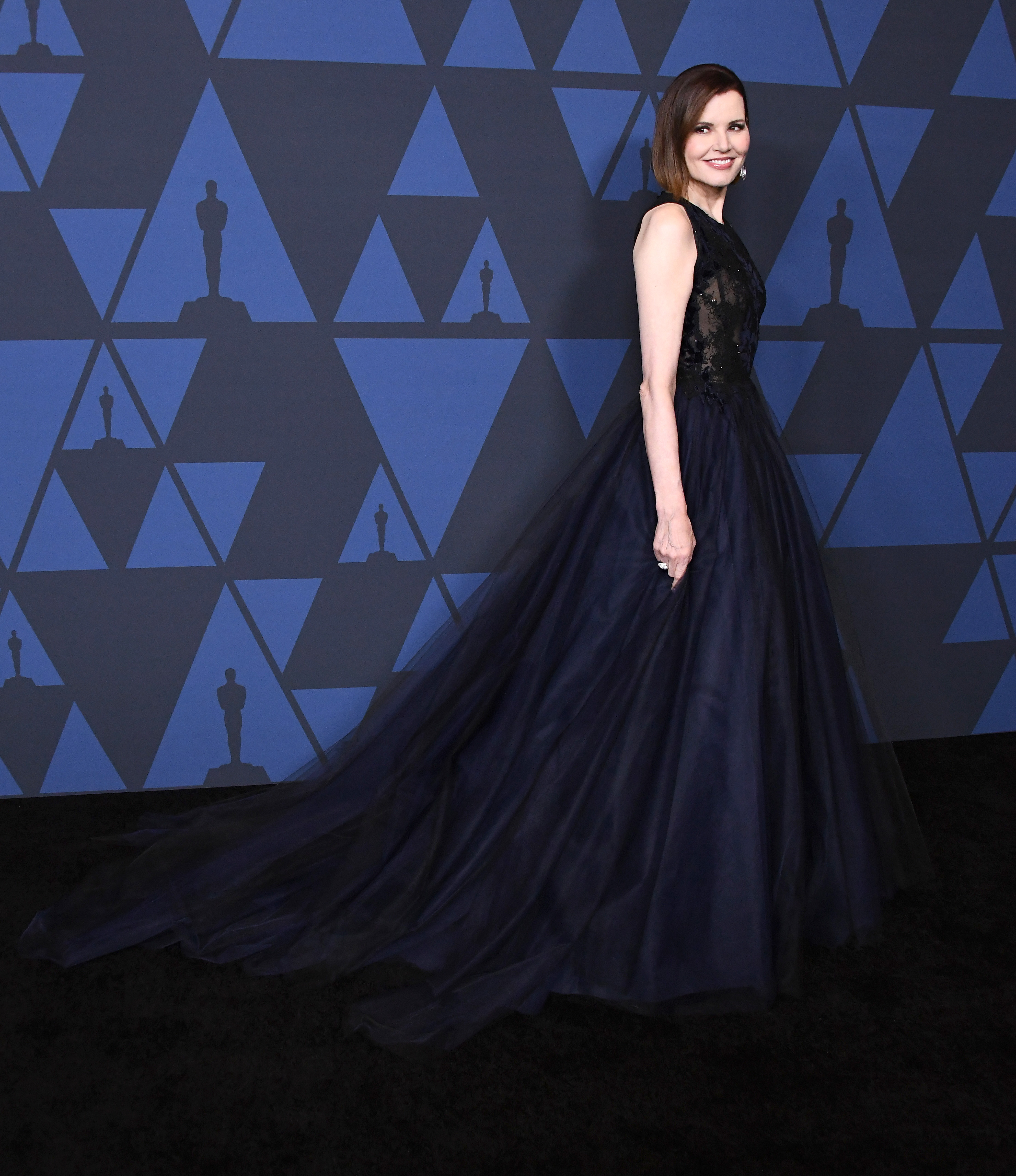 Does Geena Davis have children?

Davis has been married four times throughout her life.

While married, the two had three children together, daughter Alizeh Keshvar, 19, and twins Kian William and Kaiis Steven, 17.

Davis did not become a mom until her 40s, but that decision she told Huff Post was right for her.

“I felt 100% that I would be such a better parent than I would have been even five years earlier and certainly 10 or 20 years earlier,” she revealed.

“If I’d had kids earlier, I could easily have become one of those mothers who overinvolve themselves and try to live life through their kids. I’m sure there are younger people who have figured things out long before I did, but in my case, I became a parent with exactly the right person, at exactly the right time.”

While she advocates for women all throughout the media industry, she makes sure to empower her daughter too and set a good example.

“Maybe no woman has been president of the United States yet, but her mother has ― on TV,” Davis said. “I can tell her how to form her own opinions and not let our culture dictate what’s appropriate for women to be and do.”