90 Day Fiance star Stephanie Matto has revealed the process behind her £38,000 a week fart in a jar business, and as it turns out there’s a real science to it.

The 31-year-old has been making headlines with her unusual stream of income recently, explaining how she utilised her 260k-strong following as her customer base to sell her pungent product for princely $1k (£756) a jar.

Now, the reality star has shocked fans by going into further detail about the process behind it.

Speaking on Steph’s Packed Lunch, Stephanie explained how things started by saying: ‘I have a YouTube channel for about eight years and a lot of my fans that were into me were asking for strange items, articles of clothing.

‘But one repeat request I’ve been getting throughout the years is a fart.

‘I thought it was just a joke, people just messing with me, but one day I decided to throw them up on sale and see if people would buy them. I wasn’t expecting people to but they actually sold out within two days.’

She then went into more detail about the process behind it, saying: ‘I have it down to a pretty good science. I bought these fabric flower petals and I fart directly on them because the fabric really captures the scent better.

‘And then I just put that flower petal into a jar, I seal it up, I tape it and then I ship it out.’

The interview seemed to shock some viewers, with one writing: ‘Selling farts? Ugh, How disgusting!  Another pathetic attention seeker and as for the saddos who pay money for it, I have no words. Sickos.’ 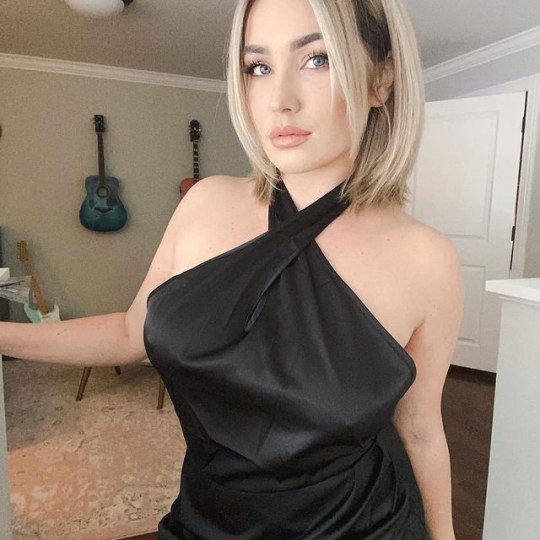 The reality star was making £38k a week at its peak (Picture: Instagram/ @stepankamatto)

‘This was just the most bizarre thing I’ve ever seen on day time tv,’ one more said.

#StephsPackedLunch Selling farts? Ugh, How disgusting! Another pathetic attention seeker and as for the saddos who pay money for it, I have no words. Sickos.

Stephanie caused quite a stir this week by revealing that demand was so high for her wind that she was producing up to 50 jars worth of farts a week.

However, she may have squeezed out one too many as the reality star had to make a hospital dash.

She told Jam Press: ‘I thought I was having a stroke and that these were my final moments. I was overdoing it.’

Stephanie, 31, recalled how she consumed three protein shakes and a huge bowl of black bean soup in one day, before feeling that ‘something was not right’ with a pressure in her stomach that moved upwards throughout her body.

‘It was quite hard to breathe and every time I tried to breathe in I’d feel a pinching sensation around my heart,’ she explained.

Steph’s Packed Lunch airs on weekdays at 12.30pm on Channel 4.