Ricky tells us the meaning behind the ending of After Life (Picture: Netflix)

Some fans of After Life have already binged the whole of season 3, but after that ending has clearly left some fans confused, worry not, Ricky Gervais has all the answers.

Viewers are catching up with widow Tony Johnson (Ricky Gervais) for a final time, who we’ve seen muddle through his grief after losing his wife Lisa (Kerry Godliman) to cancer.

But after the last batch of episodes provided a more hopeful ending, some of those who’ve already made their way through all six have major questions.

The final scene of After Life sees Tony reflect on all of his friends, family and colleagues at the Tambury Fair, where we see everyone’s story neatly tied up – arguably except for Tony.

Tony walks off into the sunset with his best pal, dog Brandy, where he’s then – fleetingly – joined by Lisa again, with the remaining pair later fading away just like Lisa, before returning in the final seconds.

However, despite many thinking this confirmed Tony’s death at the end of the season, Ricky had a far more positive answer for what the moving meant. 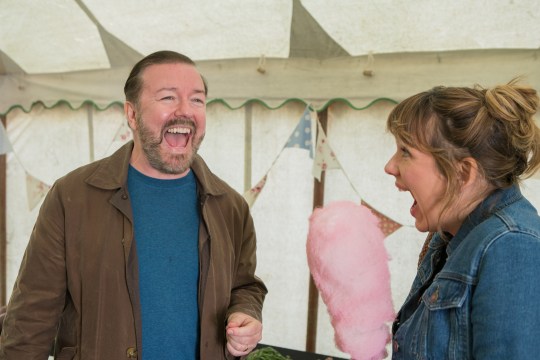 Ricky had a positive explanation for the ending of After Life (Picture: Netflix/ Natalie Seery)

Ricky told Metro.co.uk and other press ahead of season three: ’The ending for me, it sort of says, life goes on, life goes on.

It’s all about it’s said that the [Tambury] Fair and the Fair has been there for 500 years, and it might be there for another 500. 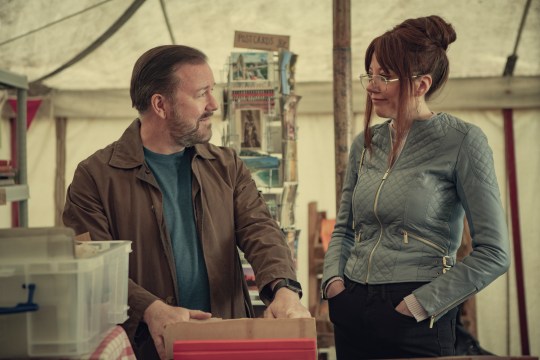 ‘I knew I’d been explaining it,’ he continued. ‘But it’s a nice ending. I think people are sad that it’s ended.

‘If they’ve enjoyed it, you’re sad that it’s ended, but I don’t think it’s a sad ending. I think it’s nice and positive, obviously, it’s ambiguous because people are asking me about it.

‘But I’d say it’s a nice ending, that’s what I think,’ the creator noted.

He also went on to admit he felt a huge responsibility to those who were grieving in real life and going through similar things to his character.

Ricky said: ‘You don’t usually think about it, [it’s normally] I’m just doing this [show], and this doesn’t have real-world effects, but I’ve never had a reaction like it.

‘After the first season, people were coming up to me on the street and saying, “I lost my partner a week before my brother and that was me, I was like Tony.”’

Recognising the real impact his show was having aided the way he moved Tony’s storyline along, as he detailed the key advice he received from therapists.

Ricky continued: ‘So first of all, you think I’ve got to treat it with respect, I can’t have been snapped out of [grieving] because that doesn’t happen.

‘So, I had to go with what was real and a few therapists said to me that they use this in some of their sessions, and people really relate to it.’

He even revealed: ‘One of them said, “Please don’t let Tony kill himself,” and that really, I thought, okay, that was out of the question.

‘There’s a spoiler! But yeah, it became more and more of a study in sort of grief and mental illness and depression and mortality, that it started because it was initially, that was a jumping-off point to explain why this man was like he was.’

Ricky knew how important it was to ‘get it right’ for those watching at home, and concluded: ‘What I realised is that everyone’s grieving, everyone has got a problem, everyone’s got anxiety and everyone’s going through something that day when you bump into them – everyone in the world.’

After Life seasons 1-3 can be streamed on Netflix now.