Alesha Dixon reignites Christmas tree debate with hers up in February

Alesha Dixon has no problem in keeping her Christmas tree up for as long as possible after Christmas because she enjoys ‘the lovely feeling’ it gives her.

Appearing on The One Show to chat about new talent show Walk The Line, the 43-year-old revealed to host Jermaine Jenas the reason why she’d had it up until the end of January this year.

‘It was the feeling the Christmas tree gave me,’ she explained, before joking: ‘To be honest, I couldn’t be bothered to take it down!’

She added: ‘But it made me feel so lovely, you know, of an evening, with the Christmas tree lights on.’

Before purists jump in with talk of it needing to come down by Twelfth Night (January 6) or even before New Year’s Day, the former Mis-Teeq star then teased: ‘I’ll try and get to February this time!’

You know what Alesha, fair play – who wouldn’t want more sparkle in their life?


Alesha is one for making the most of having her Christmas tree up (Picture: Anthony Harvey/BIFA/Rex/Shutterstock) 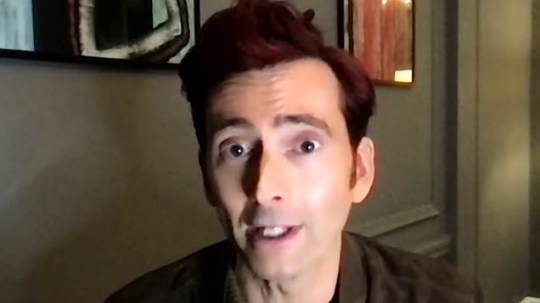 However, fellow guest David Tennant was more on the side of keeping his Christmas tree as a thing linked more closely to the day itself, as he likes the ‘anticipation’, but his wife Georgia is the opposite.

He said: ‘I do love a bit of Christmas, but I like to keep the anticipation – I like to get as close as possible to Christmas before the house kind of lights up.’

He then joked: ‘Maybe it’s my Scottish puritanical roots, but I find if the decorations go up too early, it disagrees with me – whereas Georgia would have the Christmas tree up in about September, I think!’

‘I’ve been away working this year and I came back mid-November – tree’s up, nothing to do with me!’, he revealed.

Walk The Line, which airs over six consecutive nights this week, kicked off on Sunday and had hit drag vocal group Queenz catching viewers’ attention as the first night’s popular act.

The One Show airs weeknights at 7pm on BBC One. Walk The Line airs ever night this week at 8pm on ITV.