She’d get our vote (Picture: Rex/TV)

Alison Hammond has revealed she wants to be Prime Minister and, honestly, we’d love to see it.

The This Morning presenter, 46, took to Twitter to make the announcement, saying she’s ‘thought long and hard’ about it.

Actual Prime Minister Boris Johnson has apologised over the impression made by leaked footage of No 10 staff joking about breaking Covid restrictions, and has agreed to an internal investigation in the face of mounting public anger.

The PM has since announced tighter rules to stop the spread of the Omicron variant, including work-from-home guidance and mandatory face masks in shops.

Talking to her 392k followers, lovable Alison wrote: So I’ve thought long and hard about this , I’ve decided to apply for Prime Minister ! I feel I would do a grand Job . Thoughts ???’ followed by two crying laughing emojis. 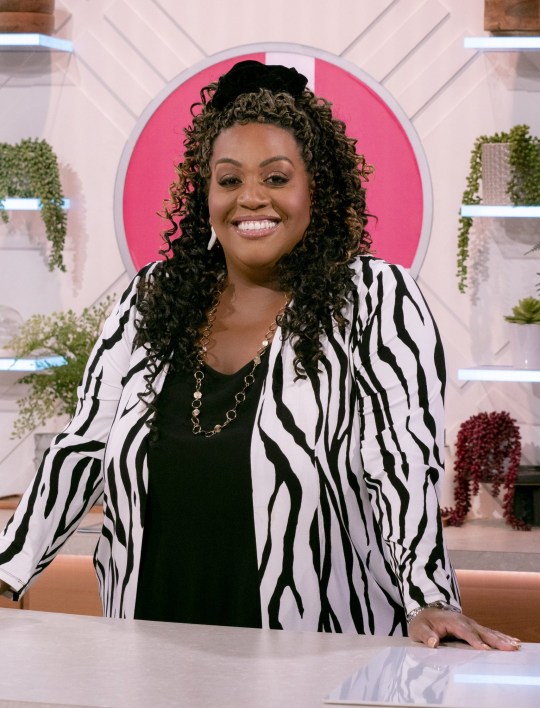 Twitter users were quick to hype her up, so she wouldn’t be short of campaigners if she ventured into politics.

‘Not only would I vote for you, I’d walk back into the polling station in fake glasses & moustache so I could vote twice,’ wrote one.

‘Someone make this happen right now,’ replied another.

One exclaimed: ‘The hero Britain doesn’t deserve, but the one we desperately need. Alison Hammond is THE national treasure.’

And our Alison has even gone worldwide, with a Canadian follower saying: ‘I’d move to the UK and do everything in my power to become a citizen so I can vote for you follower.’

One thing’s for sure, Alison would continue to provide the laughs if she ever stepped foot into Number 10.

In November, the TV icon jumped into a frozen lake in Lapland, screaming as the frozen temperatures took her breath away.

The former Big Brother housemate – who presents This Morning on Fridays with Dermot O’Leary – never backs out of challenges on the show.

Some of her most memorable moments include hugging Lady Gaga, pushing guests into Liverpool’s Albert Dock during a weather report and, most recently, being left in hysterics when comedian Barry Humphries joked about Phillip Schofield coming out as gay.

Oh Alison, we do love you.