AND Just Like That, Charlotte’s husband Harry whipped out his willy for fans of the Sex and the City reboot to see in all its glory.

SPOILER ALERT: on last night’s episode of And Just Like That, Charlotte tried to convince hubby Harry to wear a fitness ring – which naturally led to the lawyer getting his tackle out.

And Just Like That viewers were left blushing when Charlotte’s husband Harry whipped out his packageCredit: Sky Comedy

The reluctant fella, in the middle of brushing his teeth as Charlotte badgered him, said he felt daft wearing the thing.

However, concerned about her husband’s health after noticing he’d been scoffing too much cheese and chocolate of late, she pressed the issue.

“If you die on me, I will kill you”, the former gallery worker joked before explaining: “This is all synced up to your phone, ready to go, so put it on now”.

Harry replied: “Well, if you want me to wear your ring, you see, you gotta ask me properly. This is a big commitment”.

A giggling Charlotte got down on one knee and asked: “Harry, will you wear this ring?”

“I will”, he promised before adding: “So romantic. As long as you’re down there, you wanna maybe seal the deal?”

And just like that, the usually prudish Charlotte pulled out her spouse’s sizeable package and prepared to….

Of course, then the couple’s eldest daughter Lily burst into the bathroom on the hunt for something, prompting her alarmed mum to slam the door.

It wasn’t long before viewers raced to Twitter to explain they were just as gobsmacked as poor Lily, with one writing: “I will never look at Harry the same way again”.

While a third asked: “Was it real?”

Elsewhere in the action-packed episode, Miranda left her dull marriage to be with comedian Che, while Carrie came to blows with a noisy new neighbour. 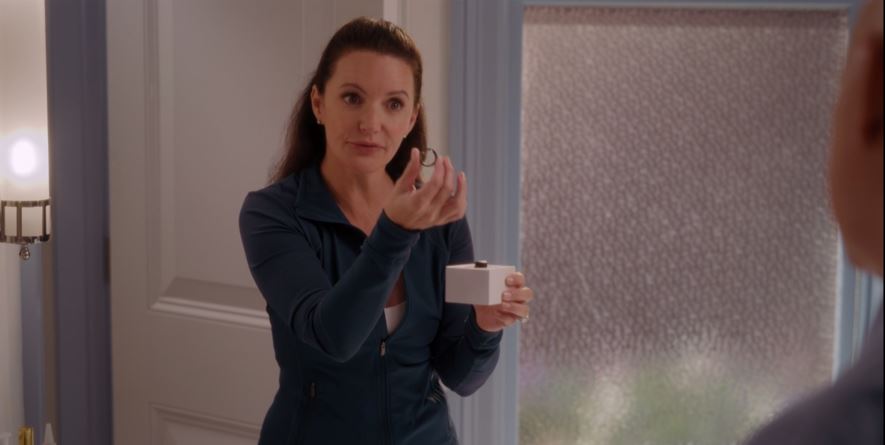 Charlotte was convincing Harry to wear a fitness ring, and the lawyer said he would if she got down on one knee – the rest was historyCredit: Sky Comedy 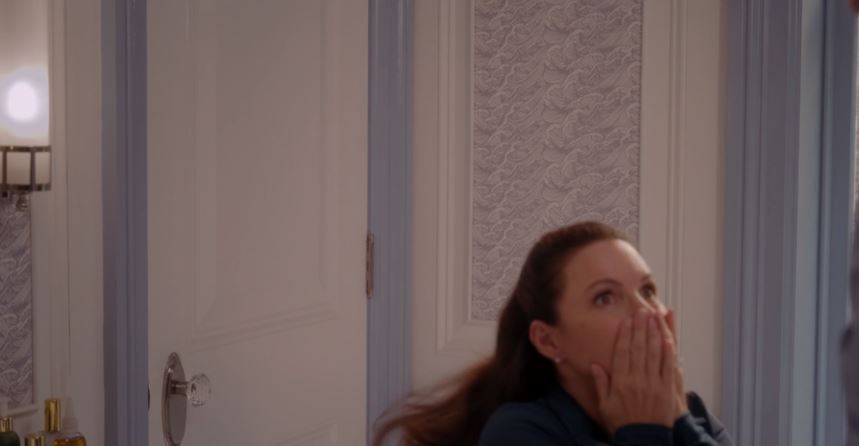