Antiques Roadshow delivered yet another stunning valuation to the delight of one woman on Sunday night, as a small but perfectly formed brooch came with a huge price tag.

At Dyffryn Gardens near Cardiff, a guest brought the accessory to expert John Benjamin, along with a picture of her grandfather Thomas and a woman called Jean when they worked at Buckingham Palace for King George V, and a ring.

The woman claimed the Tsar gifted the ring with the brooch in its box on a visit to the palace in 1908, although John said he could find no record of the visit.

Her grandfather was originally given the ring as a tie pin from King Henry V before it was made into a a new piece of jewellery, according to the guest.

What interested John was a tiny monogram on the pin of the brooch which he said was the mark of a craftsman called Tieleman who had done work for Peter Carl Fabergé.

He also praised the condition of the item, calling it ‘pristine’. 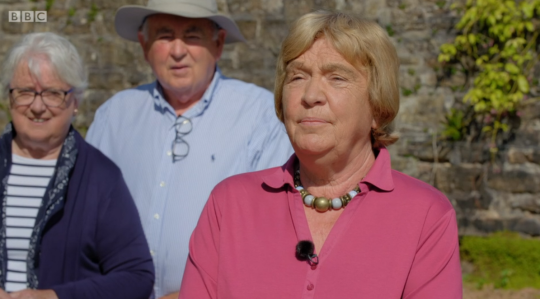 The woman brought the brooch and ring with a picture of her grandfather (Picture: BBC) 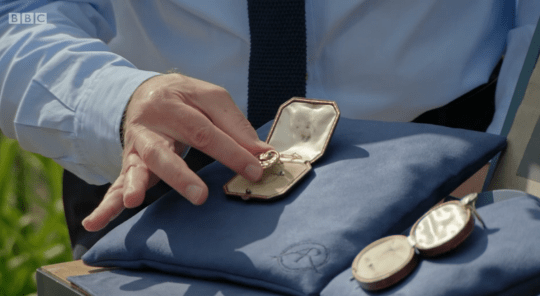 The brooch had a monogram on the pin (Picture: BBC) 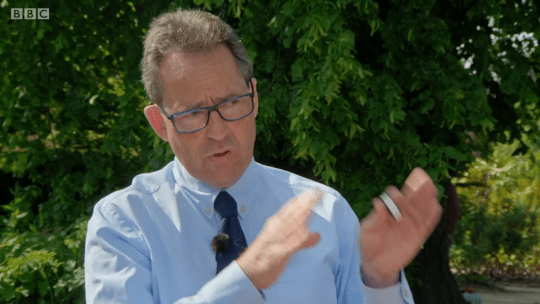 Delivering the mind-blowing valuation he went on: ‘Subject to confirmation of this connection directly through to the Tsar or his mother – £8000 to £12,000.’

Gasps ripped around the other Antiques Roadshow visitors as the woman simply breathed: ‘Goodness!’

John added: ‘So Jean and Thomas left a legacy that today has matured into something quite significant. I congratulate you.’

Antiques Roadshow airs Sundays at 8pm on BBC One.