During today’s instalment, Matt and chef Yotam Ottolenghi invited the BBC presenters to the show to sample their food and to talk about their work and latest projects.

However, Matt didn’t manage to ask many questions at all, because Naga and Charlie appeared to take over hosting duties, and it didn’t unnoticed by viewers.

The chaos began when Matt was demonstrating how to make a dish that involved baking brie wrapped in pastry.

During the segment, the duo joked that Yotam should replace Matt as the host of the cooking programme because he was a ‘proper chef’.

‘You know what, I’ve got a list of questions as long as your arm and I’ve not read any of them yet,’ Matt explained.

Winding him up, Naga and Charlie joked: ‘Who wrote those questions for you?’

‘You’ve had a tough year, to read for three and a half to four hours a day, reading that news, it’s pretty hard going. How do you get away from that?’ Matt finally asked. 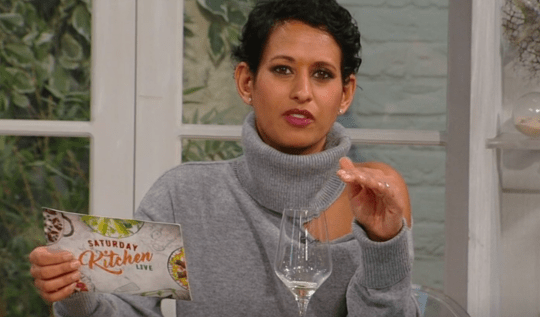 To which Charlie added: ‘You’ve really brought the tone down haven’t you? I thought it was going to be something like “What’s it like getting up early in the morning?”‘

Turning to the camera, Naga chipped in: ‘For everyone who has turned off from the news and kind of wanted a bit of relaxation, don’t tune in to Saturday Kitchen, it’s just not worth it.

‘Yotam is going to take over and then it will be loads better.’ 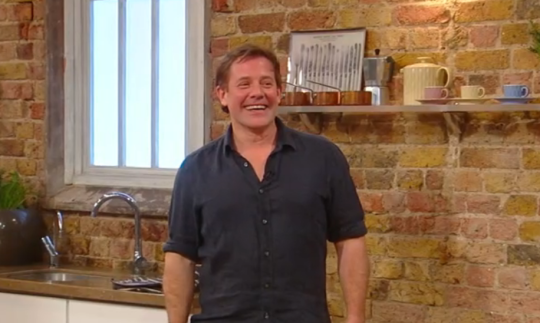 Matt saw the funny side of it (Picture: BBC)

Charlie then proceeded to take Matt’s list of questions so that he could have a look at them – and he even started to read them out.

‘Question one on Matt’s list right, Naga, you always put me on edge, “Charlie, how do you cope with that?”,’ Charlie read out.

‘How do you cope with me putting Matt on edge?’ Naga asked her co-host. ‘That’s a smart question.’

Charlie continued: “Do you want to hear the second question? He’s worked hard on these. “How do you switch off? And, do you ignore the news when you’re not working?”‘

The TV chef tried to drag Naga and Charlie’s attention away from his questions as he joked: ‘They’re telling me I’ve got a minute, can we finish early? This has never happened before.’

The segment left viewers divided, while many saw the funny side of it, some felt sorry for Matt not being ‘able to get a word in’.

One tweeted: ‘It’s kind of cringey, poor Matt is laughing along but you know he is not happy.’

Another commented: ‘They didn’t even answer questions. Poor Matt.’

While one added: ‘Poor Matt! I thought it was going to be fab on @SaturdayKitchen but he’s not getting chance to speak and make food!’

Other viewers praised the show as being ‘funny’ and ‘the best ever’.

Saturday Kitchen is available to watch on BBC iPlayer.