The corporation faced widespread criticism for giving a platform to the high-profile US lawyer, who represented paedophile Epstein, following the conviction of co-conspirator Ghislaine Maxwell.

The BBC later said the interview had not met its editorial standards and Mr Dershowitz was not a ‘suitable person’ to interview as an impartial analyst.

Appearing before the House of Lords Communications and Digital Committee, Mr Davie was asked whether ‘centralisation’ at the BBC risked ‘amplifying’ its editorial mistakes.

Referring to the interview with Mr Dershowitz, he said: ‘We looked at what happened but there was no investigation.

‘We admitted immediately it was in breach of our editorial guidelines and straight away said it was a mistake. 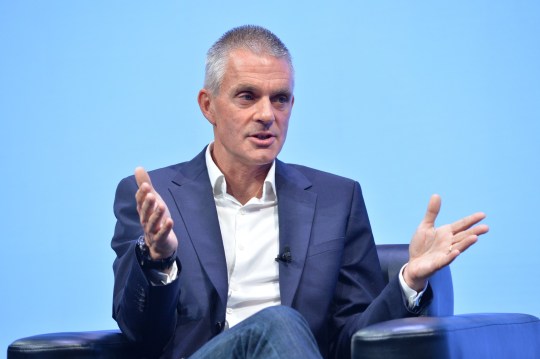 ‘Then you get to why it was a mistake. You can argue a little bit in terms of the amount of seniority and cover we had during Christmas, during Covid.

‘I don’t think it is about centralising but I still think in the future model if you are in news you will still be able to book a guest into news.’

He continued: ‘Not everything gets centralised. That is just standard business of the day in some ways. It may be that the oversight of the story, you get a bit more oversight of what the guests are bringing forward.

‘But this was simply about the amount of due diligence that was done by the planner and the knowledge level of the person who was putting the person on air.’

Mr Dershowitz has also been accused of sexual crimes by Virginia Giuffre, who claims she was abused by Epstein, British socialite Maxwell, and Prince Andrew.

Mr Dershowitz, 83, and the duke, 61, vehemently deny any wrongdoing and have not been charged with any crime.

The interview on the BBC News channel, as the news of Maxwell’s conviction for trafficking teenagers broke, introduced him as a ‘constitutional lawyer’ but made no reference to his links to those involved in the case.

He used the airtime to denigrate Ms Giuffre’s claims against himself and the duke.

During the session, Mr Davie also defended the corporation’s incoming news chief on the issue of impartiality.