BBC Three: Your ultimate guide to what to watch when it returns

Starstruck, Conversations With Friends and Drag Race UK vs The World are three of the channel’s flagship shows (Picture: BBC)

With a launch date for BBC Three finally confirmed, here’s everything you need to about what to tune into when it returns next month.

The channel moved online in 2016 – despite much resistance from TV fans – in a bid to attract younger audiences.

But after the undeniable success of shows such as Normal People, This Country and Drag Race UK, the broadcaster decided to bring it back to air.

The BBC said this was to ‘make sure its programmes reach as many young people as possible wherever they live in the UK.’

Just like its previous stint, it will run programmes from 7pm each night, with a wonderful mix of comedy, entertainment, documentaries, sport and more, when it returns on February 1.

There’s a lot to live up to, with the channel having previously acted as the birthplace of huge hitters such as Gavin and Stacey, The Mighty Boosh, Bad Education, Torchwood and Being Human. 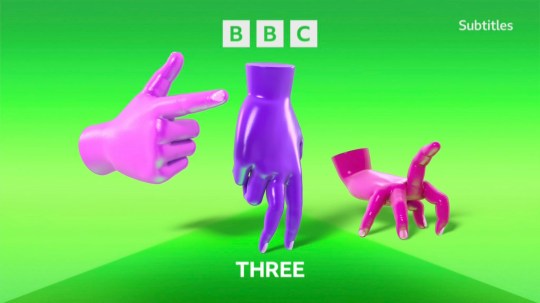 There’s even some funky new idents to look forward to (Picture: BBC)

Luckily, there’s loads coming up in the first few weeks, so we’ve picked out everything you need to be watching out for.

Drag Race UK versus The World 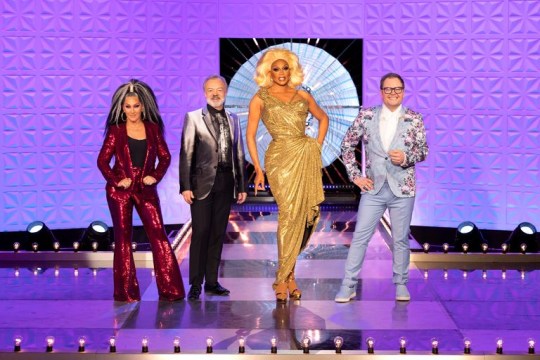 We can’t get enough of Drag Race (Picture: BBC)

Start your engines! Drag Race is back, this time for an International All Stars-type spin-off.

Things will be ramped up even further than usual, where one of the world’s favourite queens in Drag Race her-story will win the title of ultimate Drag Race Superstar.

It’s no surprise BBC Three will be kicking things off in style by airing the first episode of the series on its debut night. 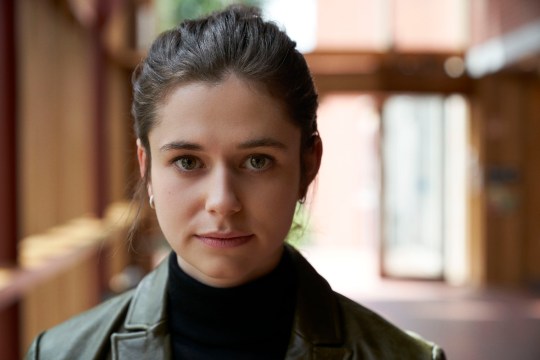 Alison Oliver as Frances in Conversations With Friends (Picture: BBC)

The second of Sally Rooney’s books to be adapted after the undeniably huge success of Normal People, we already know this one’s going to be good.

The series follows Dublin university students Frances and Bobbi—best friends and former lovers who perform poetry together. Their tight-knit dynamic is threatened by the bond they forge with an older married couple: journalist Melissa and actor Nick.

Lenny Abrahamson, who directed the show’s predecessor, returns to the helm for this series too. We’re so ready to have our hearts broken all over again if Normal People’s anything to go by. 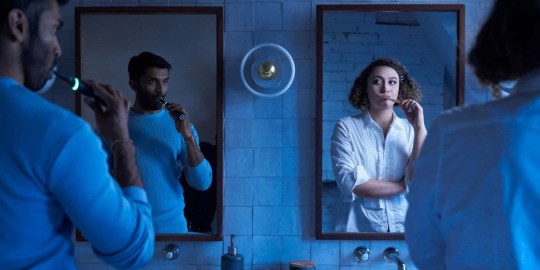 Jessie and Tom are apparently a couple in season two (Picture: BBC)

Rose Matafeo’s gorgeous series Starstruck will soon be back for a second season, to help inject some laughter and warmth into those dark wintery days.

If you somehow haven’t tuned into season one yet, the story follows twenty-something Jessie (Matafeo) who, after a New Years’ Eve one-night stand, discovers that she slept with a famous movie star, Tom (Nikesh Patel).

After navigating their way through a will they/won’t they style saga last time around, the first teasers of season two appear to show the pair in domestic bliss – but we’re sure things won’t all go quite so smoothly. 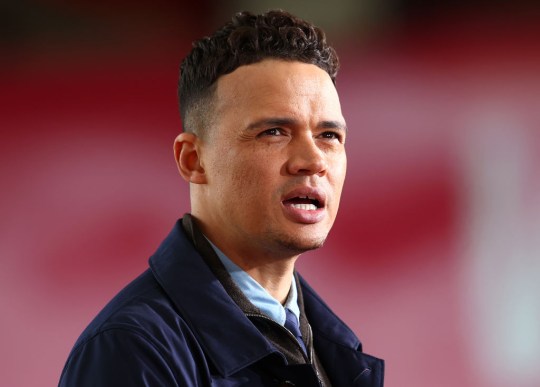 Jermaine Jenas will head up coverage of the final stages of Afcon (Picture: Michael Steele/Getty Images)

During its comeback week, BBC Three will host live football coverage of the semi-finals and the final cup of Afcon.

Fronted by pundit Jermaine Jenas, match coverage will begin slightly earlier online at 6.30 pm before kicking off the evening on our screens at 7 pm.

Fiona Campbell, Controller at BBC Three, emphasised how exciting it will be to show the final stages of the football tournament on free-to-air TV, signalling there will be plenty more sports coverage to come.

‘We know how popular sport is with younger audiences and it’s going to have a big part to play on BBC Three,’ she said. 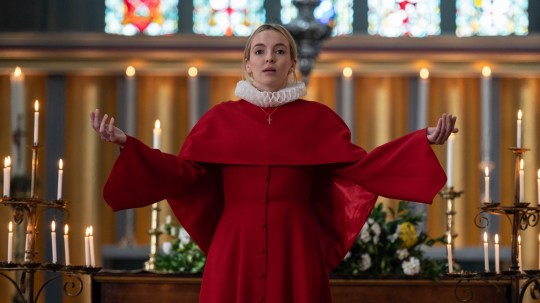 Jodie Comer will be up to her usual tricks as Villanelle (Picture: BBC/Sid Gentle Silms)

After season three ended with a weirdly heartwarming closing scene in season three, we’re thrilled to be soon catching up with our favourite assassin for the last time, in what’s sure to be a dramatic send-off.

Eve (Sandra Oh) and Villanelle’s (Jodie Comer) relationship will remain at the heart of whatever comes next, but we’re still yet none-the-wiser as to exactly what happened after that (romantic?) exchange on the bridge.

Judging from teasers so far, the pair won’t stay apart for long – but will they both make it out of the story alive? 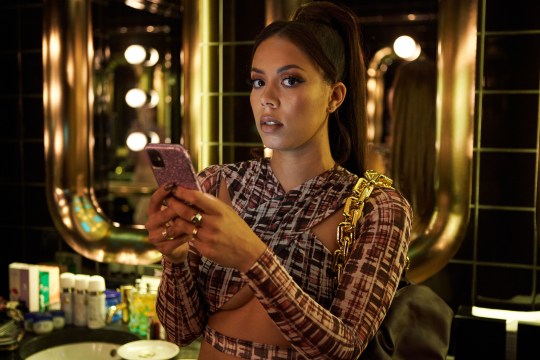 Following in the footsteps of Fleabag, actor, writer and singer-songwriter Nicôle Lecky’s new show Mood started off life as a one-woman play.

Adapted as a six-part series, Mood is a ground-breaking new drama with a killer original soundtrack performed by Lecky herself.

It follows Sasha (also played by Lecky), a 25-year-old wannabe singer and rapper, who wants to be a major recording artist – but encounters many bumps along the way.

After she’s kicked out of her family home, she discovers the world of social media influencing which could be set to take her global. But as her online presence grows, so does the pressure of keeping up with her new life… 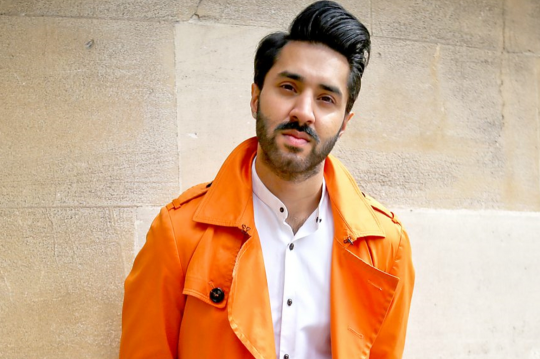 The six-part series from Mobeen Azhar will see the award-winning journalist head to Toronto, Canada to explore the case of serial killer Bruce McArthur.

After the bodies of seven men were found buried in the garden of an unsuspecting house – with an eighth body nearby – it was gardener McArthur who was eventually revealed to be responsible.

McArthur later confessed to eight counts of murder in and around the Gay Village district of Toronto – and the doc will see Mobeen explore what really happened as he speaks to the communities affected in the poignant six-parter.

Viewers will get to head to the skies in the new series Flight Club, a 10-part show, which will follow the staff and crew of Loganair as cameras go behind the scenes of everyday life on the airline.

Commissioned by BBC Scotland, the show was filmed over the summer and will also chart the work of the company’s crop of young pilots.

If you enjoyed the chaos of programmes such as Airline back in the day, you’re bound to love this. 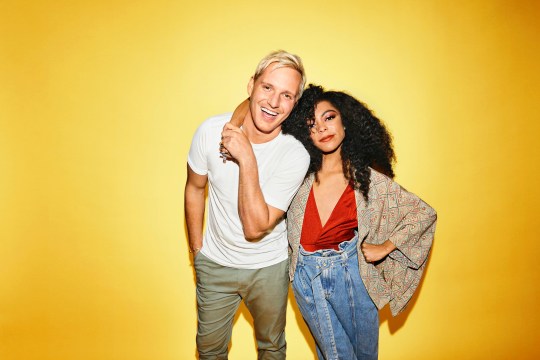 Jamie Laing and KK Harris will return to help some more singletons dance their way to love (Picture: BBC/Zoe McConnell)

The sizzling concept sees professional dancers team up with rookies as they compete to find the perfect partner on and off the floor as they look to win the ultimate prize to Ibiza to dance the night away together.

If you’re missing your fix of Love Island, I Like The Way U Move should be the perfect option to fill the reality dating hole in all our lives – at least for now.

BBC Three returns to air at 7pm on February 1.