BEAT The Chasers viewers rejoiced last night when a contestant called Zeus scooped £25,000 after getting beaten on The Chase by Anne Hegerty.

Zeus, a Business Analytics Manager from London, took on Mark Labbett, Paul Sinha, Jenny Ryan and Shaun Wallace, with the pros having 45 seconds to his 60. 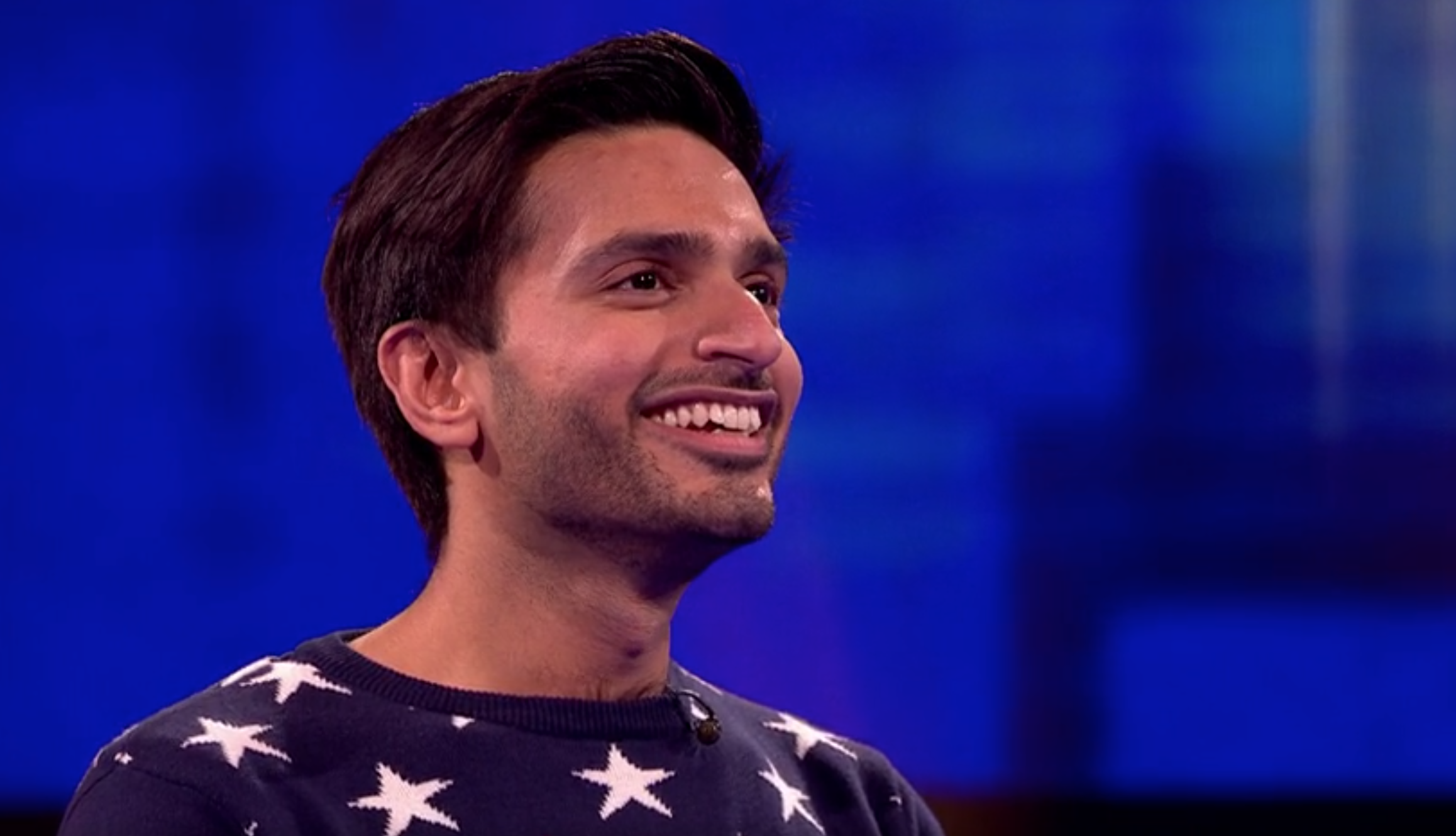 Zeus, from London, had crumbled when he faced Anne Hegerty on The Chase ten years ago

The self confessed “stats nerd” said he’d crumbled when he faced Anne on The Chase ten years ago, admitting it was “a memory he’d rather forget”.

He went for a low cash offer and got just one question right in the head to head – failing to make it back.

This time Anne offered a cash prize of £50,000 but because he’d been “walloped” by The Governess he chose to go up against the others four Chasers.

Mark said he understood Zeus’ decision. The Beast recalled: “He got butchered when he was on The Chase a few years ago.” 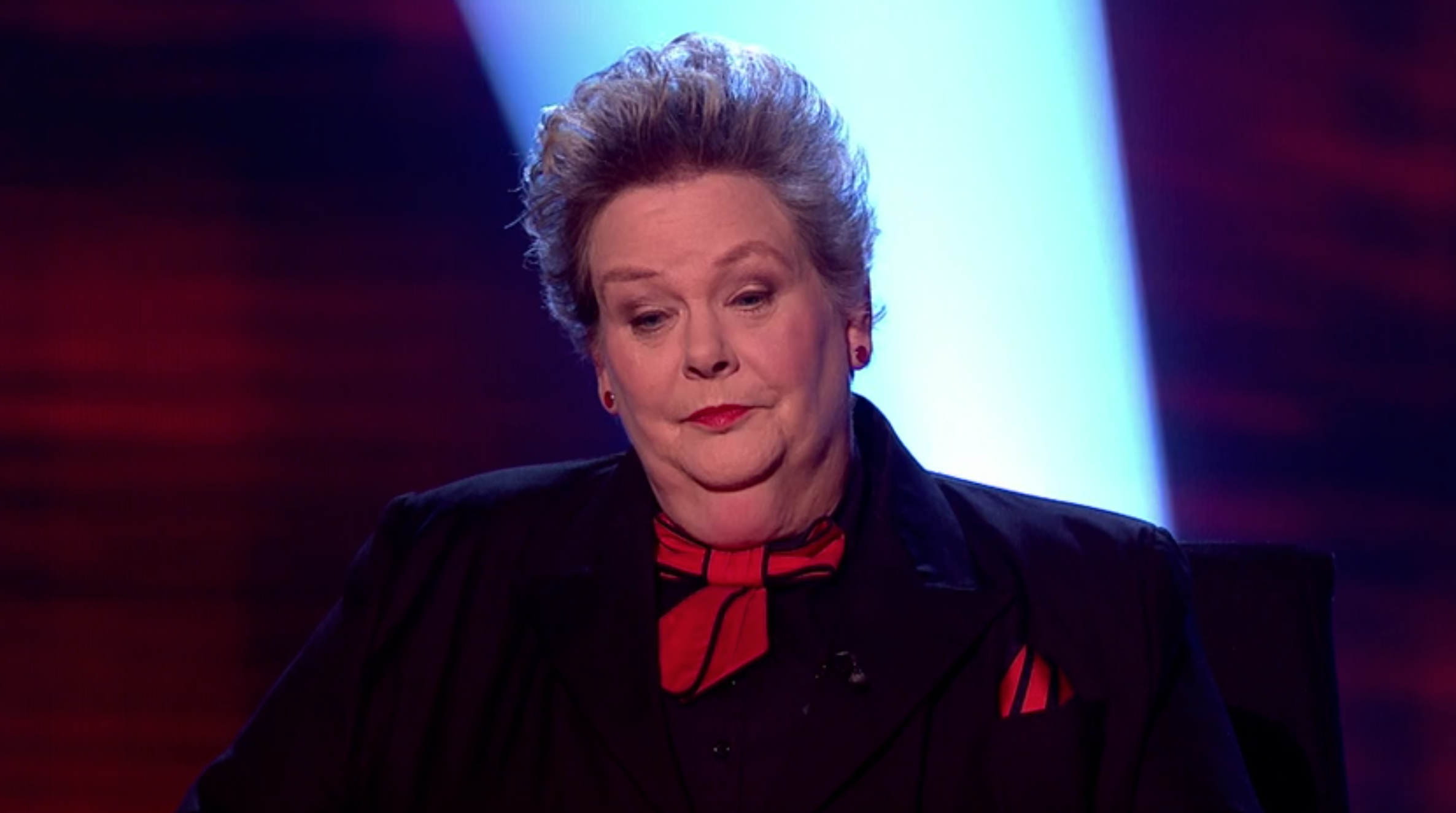 Zeus didn’t know the answer to his first brain teaser: “What term is used to describe a state of distress or disorientation due to rapid social or technological change?” but luckily answered correctly with “future shock”.

And he answered wrong with “gladthought” on his third question: “The wishbone is also known by what name?” to which the right answer was “merrythought”.

But to everyone’s surprise The Chasers stumbled over seven questions in the head to head and their time plunged to 0 seconds. 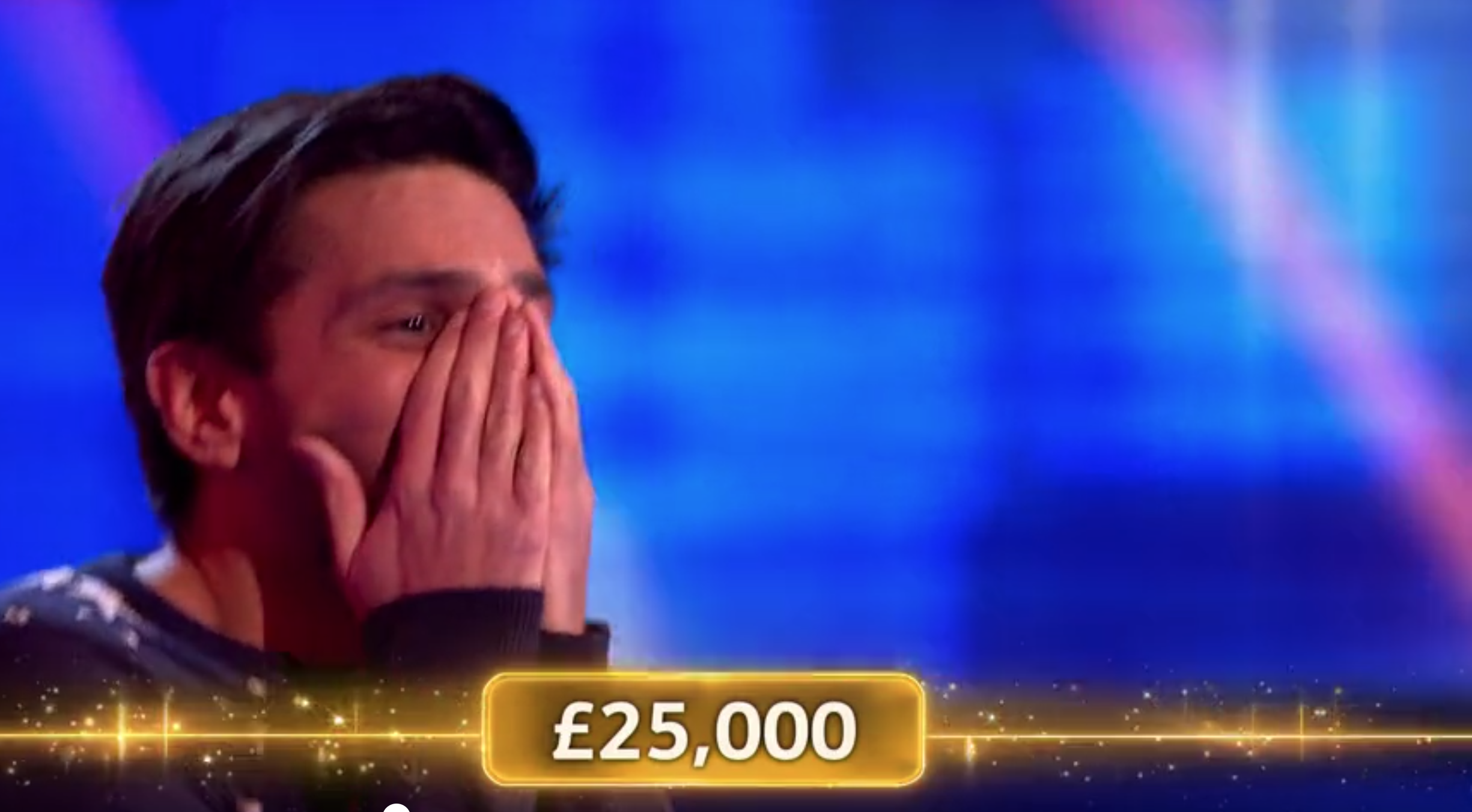 And the Londoner dropped to his knees in shock when he realised he’d won an impressive £25,000.

The Sinnerman told him after his scoop: “You went for an offer I didn’t think you were going to go for. Congratulations!”

Taking to Twitter, one viewer said: “Just catching up on #BeatTheChasers well done Zeus on getting your own back and winning 25k. Jenny thought Digbeth was in Liverpool. ??”

Another big fan said: “Congratulations to tonight’s 2 winners Zeus & Jane who between them have won a total of £35k!! This takes our series total so far to £130k!!!! #BeatTheChasers” 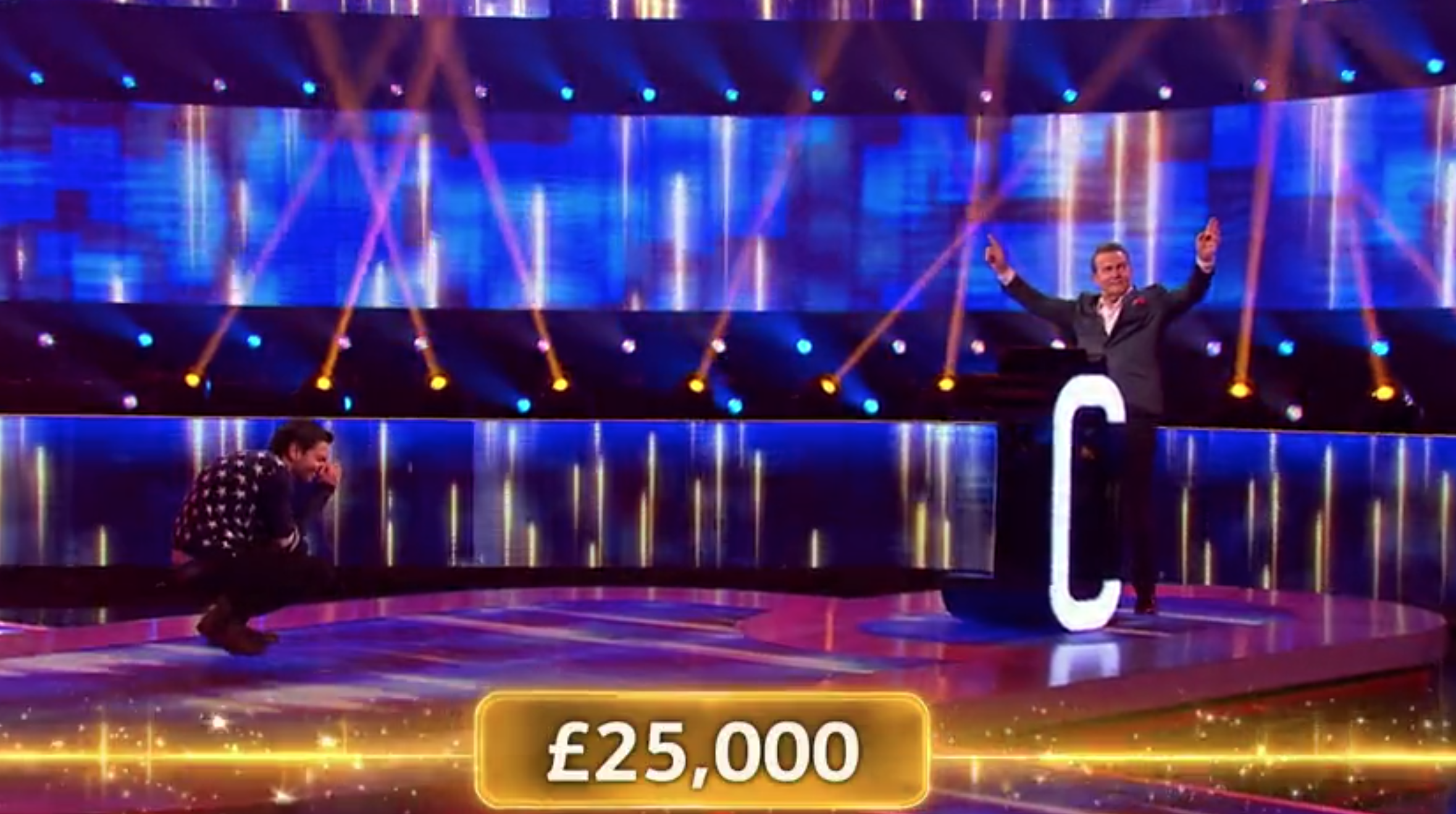 The Londoner dropped to his knees in shock

Jane had also won a lump sum last night. The Beat The Chasers contestant got an incredibly pleasant surprise when she walked away from the show with £10,000 – having only gone on it to meet host Bradley Walsh.

Jane was clearly overwhelmed when she first walked into the studio, giddy to come face-to-face with 60-year-old Bradley.

She gushed: “You’re so gorgeous, I’ve always wanted to meet you, Brad – that’s why I’m here.

“I don’t care about winning any money just to meet you.” 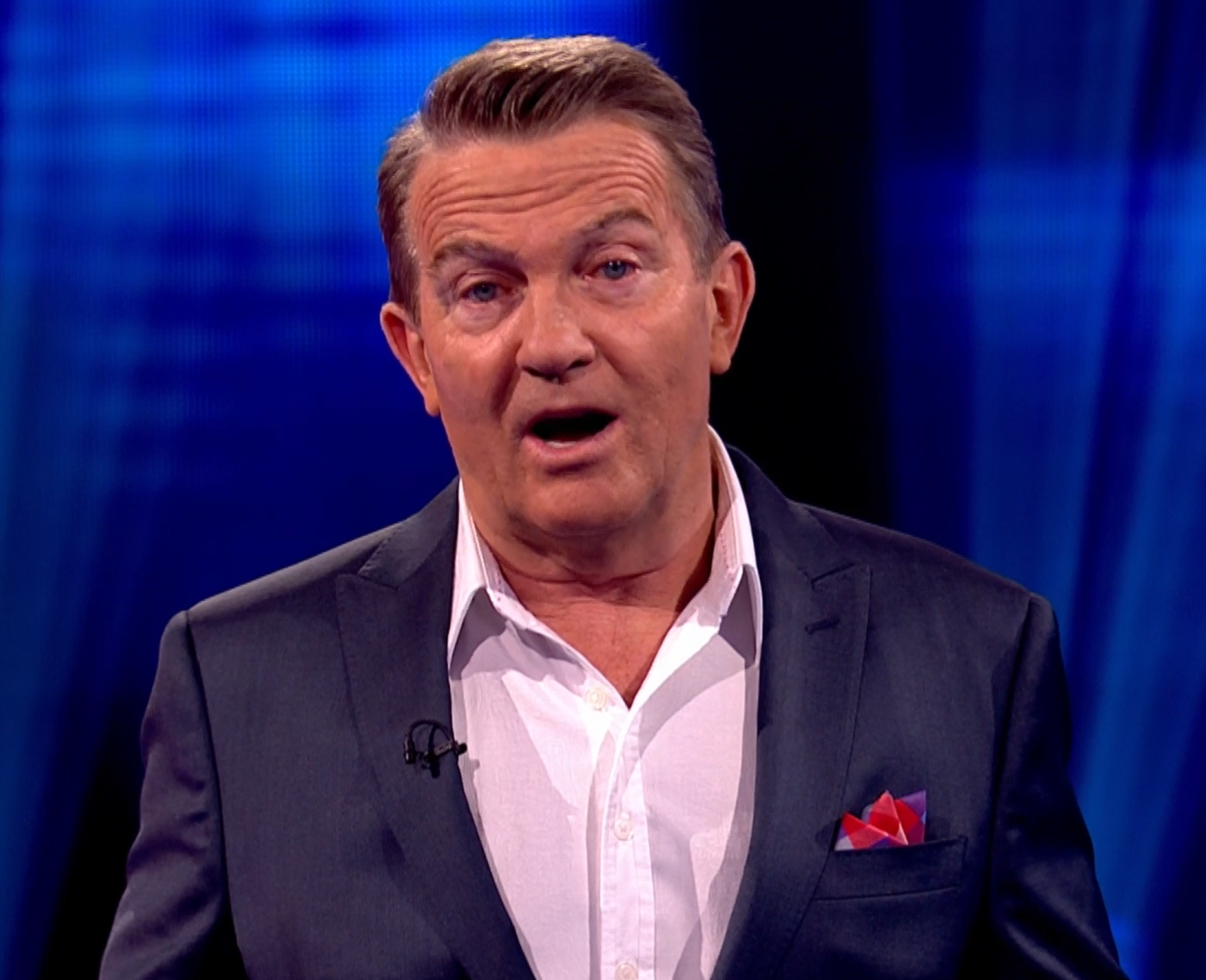 She only went on the show to meet Bradley Walsh