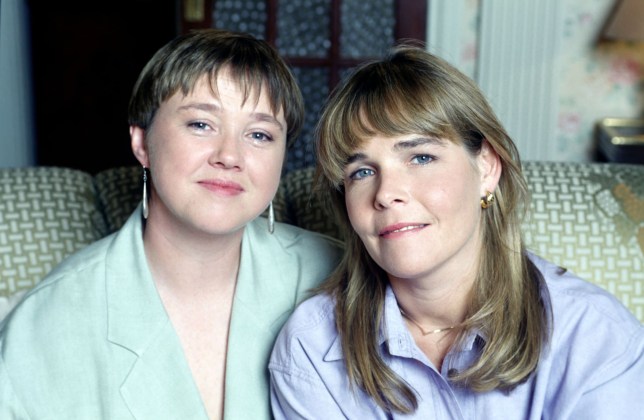 Pauline and Linda have been friends for 50 years (Picture: Rex)

Birds Of A Feather’s Pauline Quirke and Linda Robson have reportedly had a bitter falling out after more than 50 years of friendship.

The previously inseparable pair have played bickering sisters Sharon and Tracey on the ITV sitcom since the show first launched in 1989, with Lesley Joseph their man-loving friend, Dorien.

Running for eight years, the show was later rebooted in 2014, and now makes periodic specials updating fans on their lives.

However, over the past couple of years the pair have been said to have had ‘real and tense issues’ which resulted in Pauline refusing to take part in the 2019 anniversary show, as well as the 2020 Christmas special.

To explain her absence, ITV stated that Pauline was focusing on her nationwide arts academies, in the show Tracey had met a Costa Rican hunk while on a cruise, and married him,

But according to Mail On Sunday, it was actually down to ‘real and tense issues on set’ that made working on set with Linda ‘unbearable’. 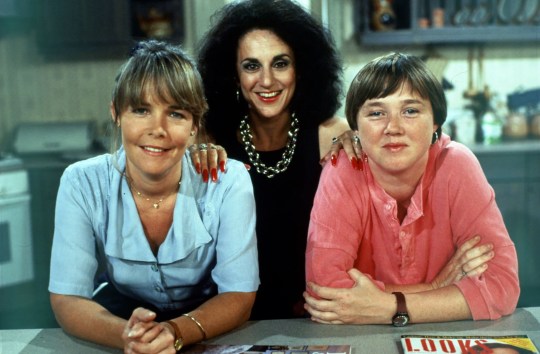 ‘Both Linda and Lesley were saddened that Pauline didn’t want to return to make a 30th anniversary episode,’ a source told the paper.

‘Linda and Pauline used to be very close, less so Pauline and Lesley.

‘I think Pauline resented the attention that Lesley got and it was very tense and difficult to navigate at times. 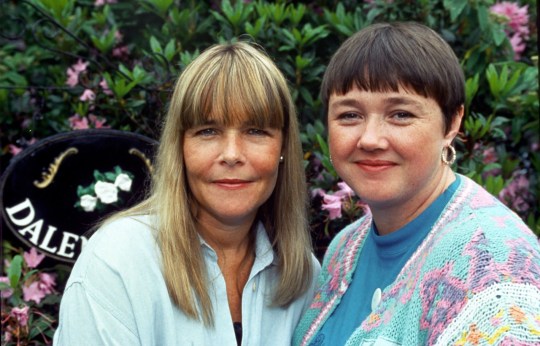 Things are believed to have become strained between the besties (Picture: Rex)

‘Pauline wasn’t approached about the Christmas special. The atmosphere on the set had previously become difficult, there were real and tense issues.’

Pauline, 61, and Linda, 62, have been friends since the age of 10, bonding over their love of the arts while in primary school together.

However, the source reported that Pauline had become ‘jealous’ of Lesley’s success as Dorien – a larger than life character whose fast mouth and never-ending stream of conquests became iconically connected to the show.

While new characters have been introduced to fill the gap, it’s not known whether the Essex-based series will continue on without her long-term.