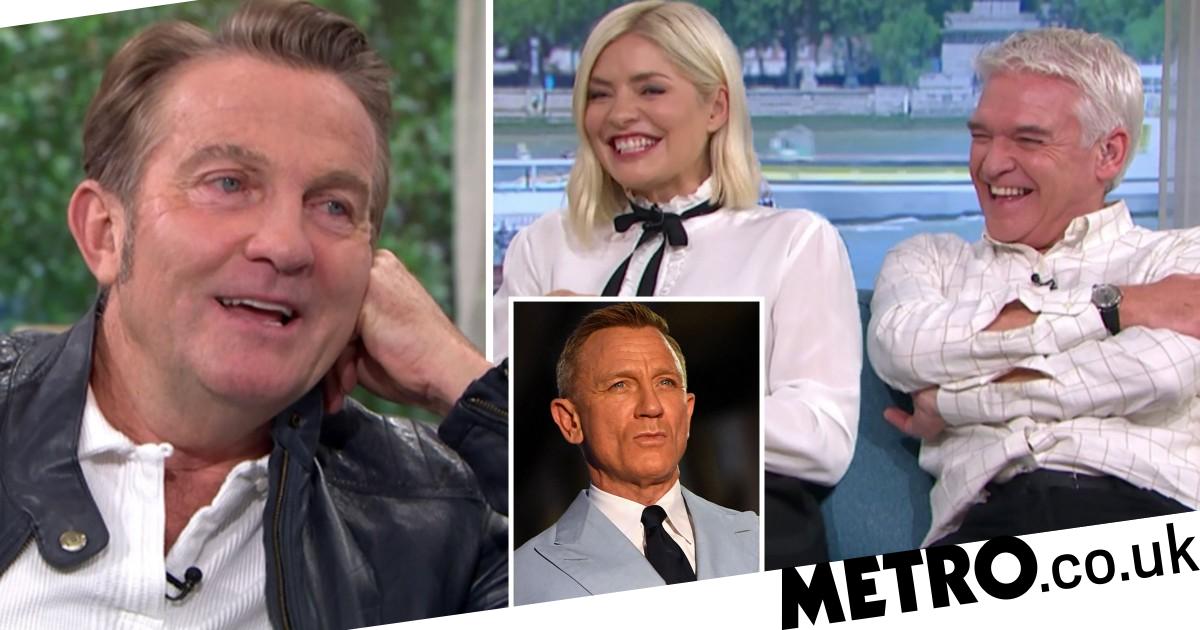 Bradley Walsh shared how his sister Kerry ended up believing her famous brother replaced Daniel Craig as the new 007.

The Chase host down on the This Morning sofas on Thursday to talk about his upcoming stint as Pop Larkin in The Darling Buds of May remake, The Larkins which begins on Sunday night.

But Bradley, 61, left Holly Willoughby, 40 and Phillip Schofield, 59 in fits of giggles when he offered up a story about his sibling towards the end of his chat.

It turned out she was confused by a segment shown on the ITV daytime show last week, involving Bradley’s handy work.

Bradley explained: ‘So last week you know you had my car on? So you cut to the car and you go “James Bond…” My sister Kerry, she’s sitting in her kitchen with a cup of tea. My sister works in B&Q in Watford.

‘She rings me up afterwards and says “Brad I’ve made such a fool of myself” I said, “What do you mean?”


Brad was his usual funny self on This Morning (Picture: ITV) 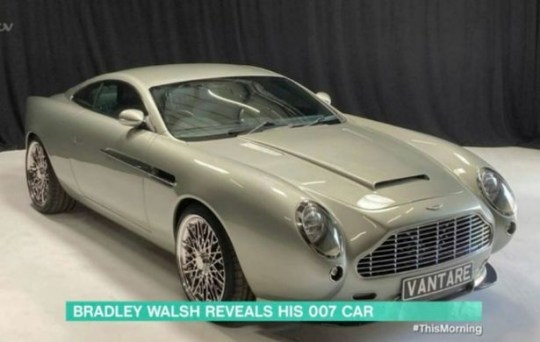 ‘She said, “You come on and Phillip and Holly said this is Bradley Walsh’s car…”’

Bradley’s James Bond-inspired Vantare GT featured on the show last week, which he built from scratch and took him over three years, as well as ‘a lot of blood, sweat, and tears’.

But he failed to tell family members about the ongoing project, which accidentally led to the incredible mix-up. 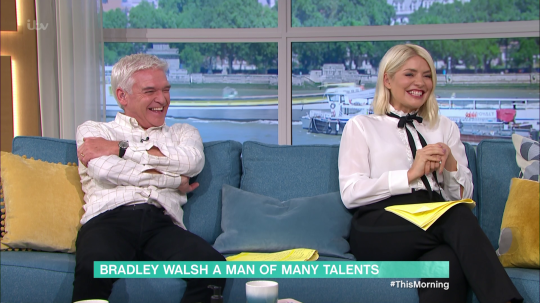 Bradley couldn’t stop himself from laughing, with Phillip noting he found it odd the presenter hadn’t told his family he’d been spending his time building a car.

Phil said: ‘Your background is engineering; you haven’t told your family!’

But Bradley quickly played it down, admitting: ‘I didn’t think it was necessary! Obviously, [my wife] Don and [son] Barney knew…’