Suki Doll, the latest queen eliminated from Canada’s Drag Race season 2, has looked back on her exit from the competition, opening up about her bond with River Medway and how she was distracted by heartbreak during the lip sync.

In the latest episode of Canada’s Drag Race, the Snatch Game finally arrived, with Synthia Kiss being named the winner following her zany, deadpan impression of fashion designer Rachel Zoe.

Suki took on the character of peace activist Yoko Ono for Snatch Game, before wowing on the runway with her homage to Sandra Oh as her character in the 1994 film Double Happiness.

While speaking to Metro.co,uk after her elimination, Suki emphasised how ‘representation is the most important thing’ for her, which is why she was so proud to embody the ‘trailblazer’ that is Sandra on the runway and the significance of Double Happiness for its representation of Asian culture.

Although her Yoko impression didn’t spark the laughter she was hoping for, Suki admitted that she ‘would have regretted it’ if she had chosen someone else to impersonate, explaining: ‘For Snatch Game, you have to do somebody that you can laugh about, and I just respect Yoko Ono so much that I was not able to make too much fun out of her.’

One person who can understand how it feels to go home after Snatch Game is River, who was told to sashay away from Drag Race UK alongside Choriza May in a shocking double elimination during the recent season three Snatch Game episode. 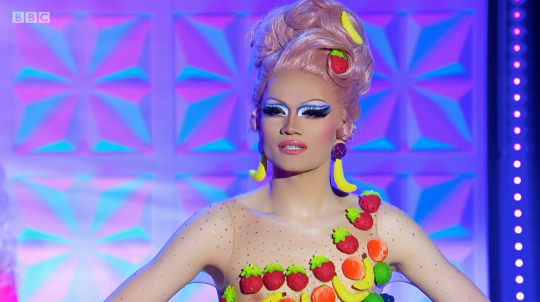 Suki outlined how she and River began their ‘journey’ around the same time, and ‘started writing to each other’ as they ‘related on certain points’, including their Asian heritage.

‘Last month I was in the UK and I was doing photoshoots with some photographers and designers from CSM [Central Saint Martins] and so I was connecting with her just to do the photoshoots and things like that and we connected a little bit more because of that,’ Suki said.

‘She also left on Snatch Game, so it was coincidental, but we had a lot of connections just due to those things.’ 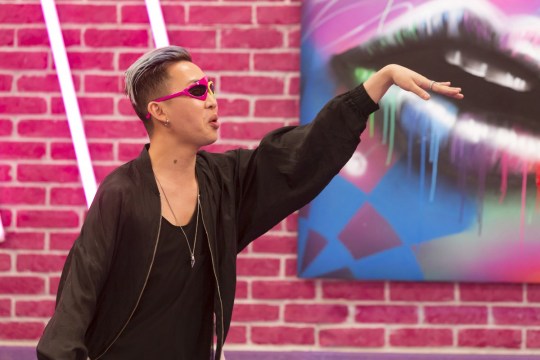 Suki was knocked out of the competition by Eve 6000 after they performed a lip sync battle to Happiness by KAPRI for judges Brooke Lynn Hytes, Amanda Brugel, Traci Melchor and extra special guest judge Connor Jessup.

The drag queen revealed that her mind was elsewhere when the performance began, as she was dealing with her long-term relationship coming to an end at the same time.

‘Well, to be honest, I wish I was a little bit more focused on the lip sync,’ she said.

‘It’s just I was going through a break up of seven years with my partner and I was like, if I have to lip sync and I have to go home, I need to find a place to stay. So that’s the first thing I was thinking.’

What’s more, Suki recalled thinking how ‘devastated’ she would have been if she had sent Eeve home, because of how close they are as friends.

When asked how she’s doing now in the aftermath of her break up, Suki had a strong message to send: ‘She’s a survivor!’

Canada’s Drag Race is available to watch on WOW Presents Plus.