Tiger King star Carole Baskin doesn’t think anyone should believe rival Joe Exotic’s claim that he has been diagnosed with ‘aggresive prostate cancer’.

The Netflix star is currently in prison serving time after being convicted on 17 federal charges of animal abuse and two counts of attempted murder for hire in his plot to kill nemesis and Big Cat Rescue owner Baskin, in 2019.

Exotic, real name Joseph Allen Maldonado-Passage, now hopes that the severity of his disease will allow him to be released from prison.

Speaking to The Sun, the 60-year-old said: ‘Joe has been claiming to be on death’s door every year since I first heard of him in 2004.

‘He’s claimed to be dying of just about everything. He’s the little boy who has cried wolf so long that I don’t think anyone should believe a word he says.’

After receiving the results of a prostate biopsy, the controversial reality updated fans in a statement which read: ‘Everyone, It is with a sad face that I have to tell you the doctors called me in today to break the news that my prostate biopsy came back with an aggressive cancer, I am still waiting on the results from other test as well. 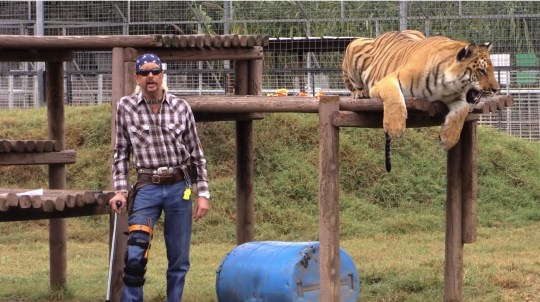 The Tiger King star claims he has ‘aggressive cancer’ after receiving the results of a prostate biopsy (Picture: Netflix)

‘Right now I don’t want anyone’s pity and I’m sure Carole Will have her own party over this!’

Urging fans around the world to support his campaign for early release, Exotic continued: ‘What I need is the world to be my voice to be released, they have the proof I DID NOT DO THIS! And there is no reason for the district attorney to drag this out, So I can go home and get treatment on my own or enjoy what life I have left with my loved ones! 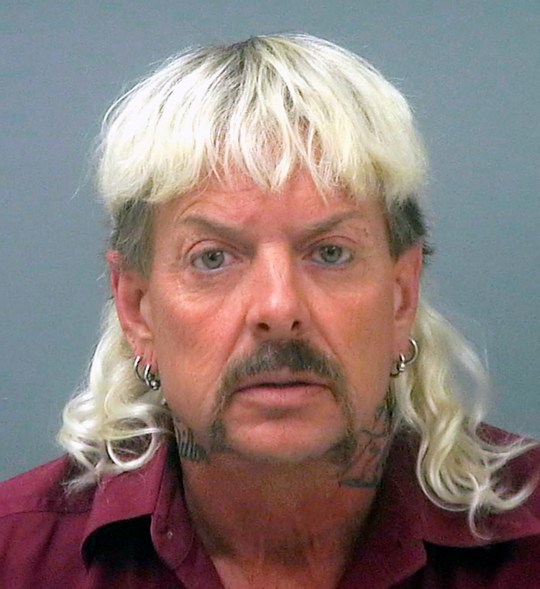 Exotic is currently in prison for attempted murder for hire in plot to kill Carole Baskin (Picture: AP)

Exotic’s attorney, John Phillips, also told TMZ that the star plans on filing a motion requesting compassionate release from his federal prison in Texas. Phillips reportedly told the publication that any delay in getting the motion heard before a judge could be fatal.

In August, Exotic said that doctors believed his prostate cancer may have spread to his pelvis and stomach throughout the time he has been in prison.

He claimed in a new interview that he would prefer to die if it was confirmed that the cancer is stage three or four.

Speaking to The Sun, the 58-year-old stated: ‘I have been waiting for a colonoscopy and endoscopy since October. Medical treatment in a prison is worse than at any humane society for dogs.’

The TV star claims that he will refuse medical treatment if the disease has progressed too far as he continued: ‘When we find out where and how bad it is I will decide if I am going to do treatment. If it’s stage three or four I am going to let it take me.’

Exotic’s story will continue to be told on the small screen with the release of Netflix’s sequel Tiger King 2 later this month.

The follow-up series picks up with Exotic behind bars and Baskin closing in on ownership of his disreputable zoo. Sudden fame and unwanted attention from the authorities turns up the heat and unearths some stunning revelations.